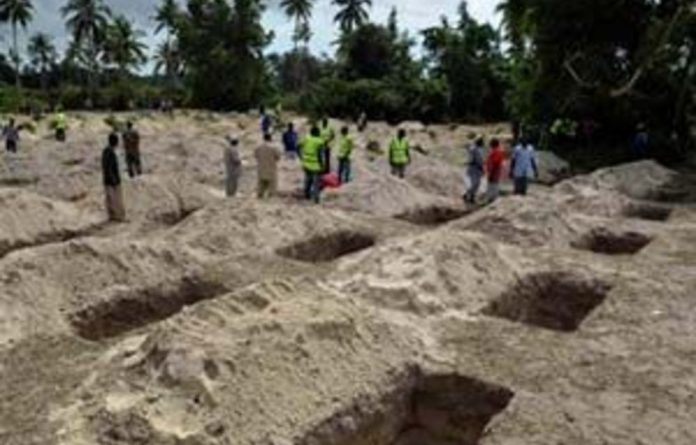 Four Tanzanians have been charged with negligence over last week’s boat accident off the country’s Zanzibar archipelago that killed 203 people, a prosecutor said on Saturday.

“I confirm that the four suspects have been brought to court and charged,” said Ramadhan Nassib, Zanzibar prosecutor, adding that they four were charged with “causing death by negligence”.

The suspects will reappear in court on Monday.

Negligence
The MV Spice Islander capsized last weekend. Rescuers saved 619 passengers of the more than 800 on the severely overloaded boat which was headed to Pemba from Unguja, Zanzibar’s main island.

A group of South African divers were unable to reach the boat wreckage in bid to recover more bodies believed to be still trapped.

Efforts were hampered by a shortage of divers.

On Monday, Zanzibar President Mohammed Shein led prayers for the victims and their families in the island’s capital Stone Town.

A three-day period of national mourning for the disaster was also held.

“It was terrifying, people were screaming and shouting in the dark,” said Aisha Mohammed (7).

“I can’t find my mummy, I lost her when we were all in the water,” she added, after being picked up by a rescue boat.

“We were shouting at the captain and at the people in the port even before we left that the boat was too full — it was packed with people and with cargo,” said Zaid Amour (50).

“This was not an accident but is the fault of those who did not stop the boat from leaving when it was clear to passengers it was not safe.”

“A few of the passengers managed to get off the ship after noticing that it was tilting,” said Aze Faki Chande, a 27-year-old mother who lost her two children and sister.

“We also tried to disembark but the ship’s crew quickly removed the ladder and started sailing towards Pemba,” she said, lying on a mattress between beds at the crowded Mnazi Mmoja Hospital in Stone Town. — AFP, Sapa