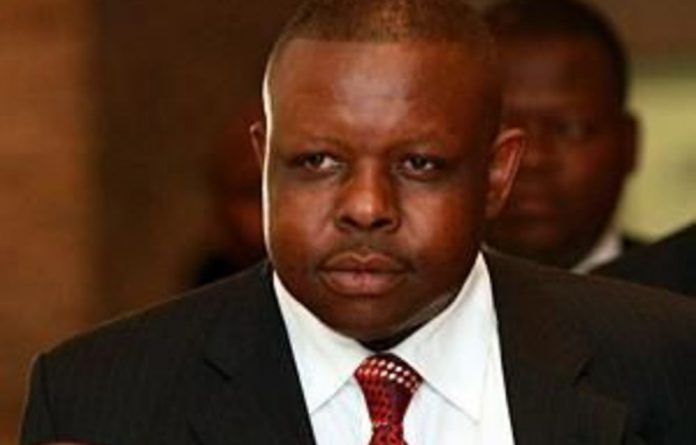 Three Constitutional Court judges have allegedly refused to sit on the case of misconduct against Western Cape Judge President John Hlophe, according to a newspaper report on Sunday.

“I am looking for the information on who these judges are and why they refused to sit,” Hlophe’s lawyer, Barnabas Xulu, told the Sunday Independent.

The matter had been scheduled for next week but had since been postponed to November.

The Constitutional Court would have heard arguments as to how to proceed in the matter as most of the judges had been involved before Hlophe was accused of interfering in President Jacob Zuma’s 2008 corruption trial.

The complaint was prompted by Hlophe’s alleged approach to members of the court in a bid to influence them in Zuma’s corruption case.

Hlophe retaliated by lodging a counterclaim with the Judicial Service Commission (JSC), saying that the manner of the judges’ complaint infringed his rights to dignity and judicial independence.

The Supreme Court of Appeal (SCA) also found that the JSC was not properly constituted when that decision was taken because Western Cape premier Helen Zille was not present as a member.

Zille had requested the reasons for the case’s postponement.

“All three judges involved have deliberated on this matter before and there should therefore be no reason why they need to postpone the hearing,” said Zille’s spokesperson Trace Venter.

In Hlophe’s latest application he submitted that, with seven of the Constitutional Court justices directly involved in the case, and new chief justice Mogoeng Mogoeng involved in more recent attempts to mediate an out-of-court solution to the impasse, Zuma should appoint acting justices to the court to hear his case.

Hlophe contended that section 175 (1) of the Constitution allowed the president to appoint acting judges “if there is a vacancy or if a judge is absent”.

He said in court papers that dismissing his application would be unconstitutional as it would directly block his access to the Constitutional Court.

However, Freedom under Law, which first challenged the JSC’s decision not to investigate the complaints against Hlophe, have responded that if Zuma were to do so it would be “inimical” to the Constitution and “the principle of judicial independence”.

Freedom under Law argues that such appointments would inevitably create the perception that they were hand-picked, as well as having the “potential of undermining directly and blatantly the separation of powers and allow for executive interference in the decision of the court”. — Sapa, M&G