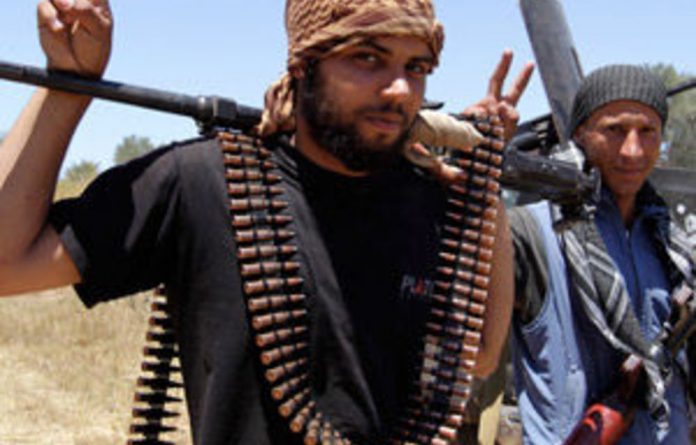 Libya’s victorious rebels prepared to unveil a new government on Sunday even as their troops met fierce resistance from loyalists of fugitive strongman Muammar Gaddafi in his last strongholds.

The new regime’s military spokesperson, Ahmed Bani, said Gaddafi diehards in his hometown Sirte and the oasis of Bani Walid to its southwest would be defeated in a “matter of days” despite the intensity of the fighting.

NTC number two Mahmud Jibril, a former Gaddafi regime official, stood accused by some of his colleagues of failing to consult enough with long-standing grass roots opposition groups such as the Muslim Brotherhood, the official said.

Jibril was still expected to retain his post as interim prime minister while Ali Tarhuni was touted to be named vice-president in charge of economic affairs.

The defence portfolio was expected to go to Osama al-Juwili and oil to Abdel Rahman bin Yezza.

Expected resistance
Fighters loyal to the new government prepared for a new advance on Sirte on the Mediterranean coast.

Troops moving in from the east planned an assault around the village of Harawa that would bring them to within 50 to 60km of Sirte, operations command spokesperson Ahmed al-Zlitni told Agence France-Presse.

“Yesterday [Saturday] we faced a lot of resistance and we expect the same today [Sunday],” Zlitni said.

The advancing NTC troops came under steady rocket and machine-gun fire from Gaddafi loyalists on Sunday, an AFP correspondent reported.

NTC forces advancing from the west swept into Sirte on Saturday before retreating under heavy artillery fire after two hours of clashes, commanders said.

Dozens wounded
Doctors at a field hospital reported at least 10 killed and 40 wounded in the fighting in Sirte.

Commander Salem Jeha, a member of Misrata Military Council, told AFP that “we are now concentrated in a handful of buildings in the city and on the outskirts including Wadi Abu Hadi, where Gaddafi’s forces are concentrated”.

Frontline fighters and commanders gave contrasting reports of progress in Sirte with men on the ground acknowledging they were facing a tough enemy and those in charge downplaying the pockets of resistance.

“We don’t even have five percent of Sirte because we just go in and out,” said fighter Abdul Rauf al-Mansuri.

However, the NTC’s Bani claimed that “in a few days the situation will completely change in Sirte and Bani Walid which will be under our control”.

NTC confident of victory
Speaking at a news conference in Tripoli, Bani said the “geographical nature and the strong presence of snipers” in Bani Walid prevented a quick victory in the oasis, 180km south east of Tripoli.

“We managed to enter the town on the north side that we control. We have advanced towards the centre but we were attacked by snipers and mercenaries who have launched rockets from the mountains,” he said.

In Sirte, Bani said that “revolutionaries took control of the airport and a major air base”.

Bani predicted that “in the coming days all of Libya will be entirely under the control of the revolutionaries”.

Nato kept up its pounding of Gaddafi’s remaining armour. The alliance said its aircraft hit 11 targets around Sirte on Saturday.

They also hit 11 targets in the Al-Jufra oasis and three in Sabha in the deep south.

Gaddafi visits
Britain’s Sunday Telegraph newspaper revealed that former prime minister Tony Blair made two private trips to see Gaddafi in the run-up to the release of the Lockerbie bomber.

Blair, who left office in June 2007, used a Libyan regime jet to visit Gaddafi in June 2008 and April 2009, the broadsheet said, citing documents discovered in Tripoli since Gaddafi was ousted.

Blair played a major role in trying to bring Gaddafi in from the cold in exchange for giving up his nuclear weapons programme and first visited him in March 2004 in what was dubbed the “deal in the desert”.

A spokesperson for Blair acknowledged that the visits took place and that the Libyans had raised the issue of Abdelbaset Ali Mohmet al-Megrahi but the former premier simply told them that it was a matter for the Scottish authorities.

Megrahi is the only man convicted over the December 1988 bombing of Pan Am flight 103, which killed 270 people, mostly Americans, when it exploded over the Scottish town of Lockerbie. — AFP