Arthur Miller — a restoration in progress 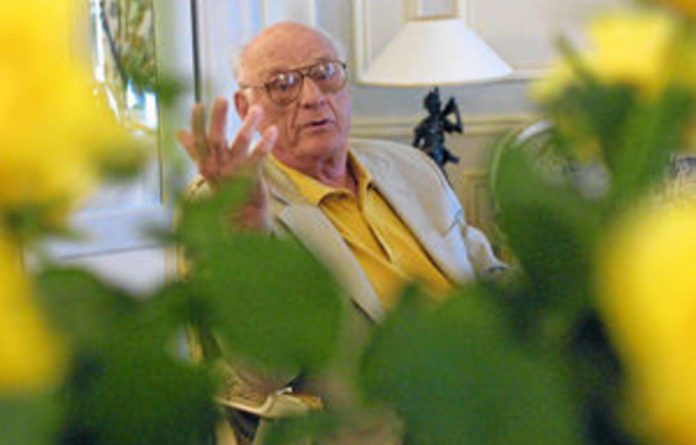 His was a tarnished name in the United States: he was seen as a man whose best years as an artist ended with the 1950s; who blotted his copybook with a lifelong commitment to the far left; and who acted unforgivably by consigning his son, with Down’s syndrome, to an institution as soon as he was born.

But his biographer Christopher Bigsby, speaking at the Edinburgh international book festival, defended the author of Death of a Salesman and The Crucible. By placing the newborn Daniel in a home in 1967, he argued, Miller and his then wife, photographer Inge Morath, followed “exactly the medical advice that he was given at the time and that was exactly what people were recommended to do.” He acknowledged, though, that in failing to visit his son regularly, Miller was guilty of denial.

Bigsby, professor of American studies at the University of East Anglia in the United Kingdom, also argued that Miller’s reputation in the US had been damaged because the American public “never forgot and never forgave his Marxism. Here in Britain, by contrast, we are hardly taken aback by the fact that we have a lot of socialist playwrights and that they write ‘state of Britain’ plays.”

Looking history in the eye
Miller’s British reputation had, he said, always prospered by comparison with the US.

He also argued Miller’s feeling for history caused Americans bewilderment. He said: “It is an immigrant country to do with transcending the past, with wiping the ground behind you because you are leaning into the future. What Miller found in America is a country that has a disregard for history except as myth.” Whereas, he said, Miller understood that “the past is not dead, we carry the past with us. We are the past.”

Bigsby was speaking about the second volume of his Miller biography, which covers the years 1962-2005. By then he had produced the great plays such as A View from the Bridge, Death of a Salesman and The Crucible, and his four-year marriage to Marilyn Monroe had foundered.

Some reviewers, Bigsby acknowledged, thought it right to stop at the end of the first volume.

But Bigsby defended the second part of Miller’s life, arguing that in his political activism, such as a trenchant opposition to the Vietnam war, he had honourably “put himself on the line”.

He also predicted that later plays, such as The American Clock (1980) and Broken Glass (1994) would find their place among Miller’s great works, as would shorter dramas Two-Way Mirror (1982) and The Last Yankee (1991).

Though Miller “became the enemy of the avant-garde” dramatists of the 1960s, Bigsby argued that Two-Way Mirror was “as radical as anything else going on at the time”.

Miller was the child of Jewish immigrants to New York: his father Isidore had travelled alone, aged six, across the Atlantic with a luggage label around his neck. The illiterate Isidore Miller had become rich; then lost everything in the Depression, which was the great formative experience of Arthur Miller’s life and art.

According to Bigsby: “He learned that it can all go away, that you are on thin ice. We think we are standing on something solid, but it can crack beneath us.”

Name in lights
Miller worked for two years in a car-parts warehouse to put together the funds to send himself to university, and published a bestselling novel before turning seriously to drama. All My Sons came in 1947 and Death of a Salesman two years later. The Crucible followed in 1953 at the height of the hearings of the House Un-American Activities
Committee.

It was through the director Elia Kazan that Miller met Marilyn Monroe.

“He treated her with civility; she wanted to be taken seriously,” said Bigsby.

In 1956 he left his first wife and married Monroe, but the relationship “fell apart catastrophically on the set of Miller’s film The Misfits. In the heart of Nevada it turned to ice,” said Bigsby.

In 1962 he married Inge Morath, the Austrian Magnum photographer, and their relationship lasted until her death 40 years later. Their first child, Rebecca Miller, is the director, short-story writer and novelist, married to Daniel Day-Lewis, who starred in Nicholas Hytner’s 1996 film of The Crucible. —

Why Marx got Venice Biennale invite

It’s Africa’s turn at the Tate

Pullman versus the Gospels