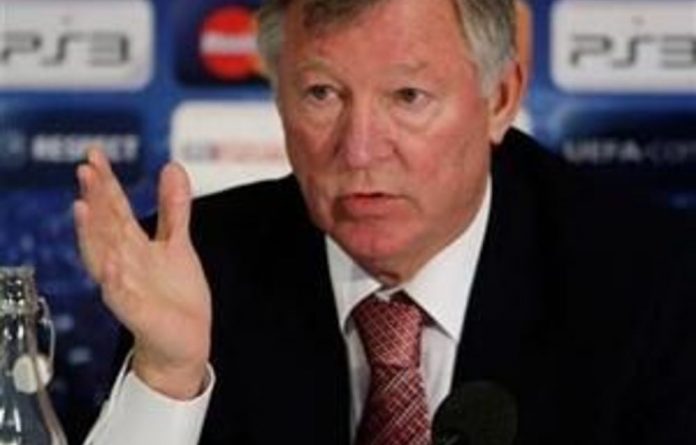 Sir Alex Ferguson believes Manchester United’s flying start to the season is all the more impressive considering the severity of their fixture list.

United are two points clear at the top of the Premier League after starting the season with five straight victories, which is their best opening to a campaign under Ferguson and the most impressive by the Red Devils since the Ron Atkinson era in 1985.

They have scored 21 goals on the way to beating West Brom, Tottenham, Arsenal, Bolton and Chelsea, who they defeated 3-1 at Old Trafford on Sunday.

The champions’ next Premier League game is at Stoke next weekend and Ferguson feels the toughness of his team’s start makes their points tally even more of an achievement.

“We’ve had tough teams at Old Trafford, Tottenham, Arsenal and Chelsea, and we thought the fixture list had given us a real test,” Ferguson said.

“We’re getting the tough ones early on but you’ve got to have them sometime.

“We’re enjoying our football, playing with great enthusiasm and threat and we could have scored six or seven [against Chelsea]. That threat is encouraging us all.”

A ‘shocking challenge’
Defender Chris Smalling is doubtful for the League Cup trip to Leeds on Tuesday after limping off against Chelsea with a groin problem.

Mexican striker Javier Hernandez also sustained an injury in a challenge with Ashley Cole and Ferguson was angry at the conduct of the Chelsea defender.

He said: “The referee booked him but he hasn’t given a penalty kick. I don’t understand that.

“He’s very reckless at times, Ashley Cole. He’s committed and at times being committed, you can go over the edge a bit and that was an example of that. It was a shocking challenge.”

Smalling gave United a perfect start when he headed in Ashley Young’s free kick before Nani doubled the lead with a long-range shot.

Wayne Rooney touched in his ninth goal in five Premier League appearances but after Fernando Torres scored just his second goal since joining Chelsea for £50-million in January, Rooney missed from the penalty spot.

Missing ‘crazy opportunities’
Chelsea are now five points off the leaders but Blues boss Andre Villas-Boas feels his team have already shown they will challenge all the way for the title.

“United are in a good position now but it’s very, very early. I said before the game that nothing that happened here would mean anything in the Premier League table,” he said.

“Man City went to Fulham and Fulham needed the result and they got a point. City have the most amazing talent in the world, like we do and like United does.

“Arsenal lost this weekend and Liverpool lost so all of the five contenders are there and anything can happen.

“United are the most consistent but we’ve shown we are up to the level of the champion. This didn’t go our way but we will be up there competing for the title and Sir Alex corroborates this opinion.

“We have always considered ourselves title contenders and need to concentrate straight away to get three points at Swansea because this is a natural reaction to a defeat.

“It’s important we continue to believe in our work because our good work was shown but we just couldn’t find the back of the net.”

Even though Torres scored his first goal of the season, the Spaniard attracted some criticism for his late miss, failing to hit the target after running around the challenge of David de Gea.

But Villas-Boas added: “The best world strikers missed crazy opportunities, it happened to Fernando and it happened to Rooney so it’s nothing dramatic and normally these balls go in.” — AFP