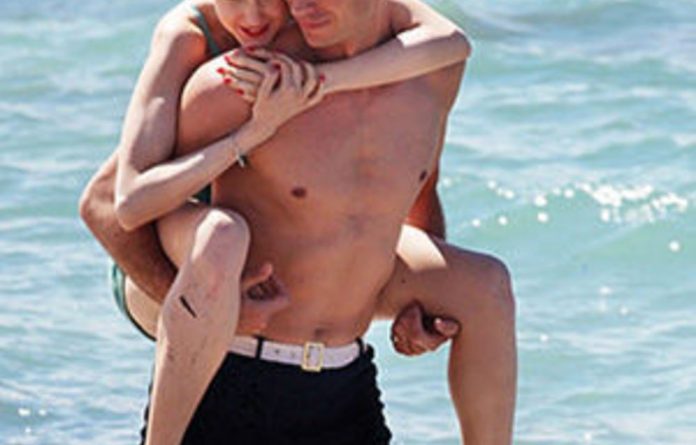 She became one of the best known, most photographed and then most vilified American women ever to live in England — Wallis Simpson, that is, the subject of Madonna’s new movie WE, which had its world premiere on the Venice Lido.

Directed by the singer, the film is a sympathetic portrait of star-crossed lovers Edward and Mrs Simpson.

At a press conference following the film’s screening at the world’s longest-running film festival, now in its 68th year, Madonna told journalists “there was obviously some kind of subconscious attraction” to Simpson.

She added: “I identify with her in that it’s very common when people become celebrities or public figures or icons, we are often reduced to a soundbite and you are given a few attributes and then you’re not allowed to have any more than that.”

Madonna said she had spent three years researching and writing the script for WE, fascinated by the question of why the king would give up the throne for a married woman.

“I think people try to diminish her as a human being because they didn’t understand the choice he was making,” she said. “It was important to me not to make her a saint by any stretch of the imagination because I don’t think she was, but to portray her as a human being.”

Guilty of audience abuse
In some ways it was brave of Madonna to bring her film to such a big festival. Three years ago she premiered her previous effort Filth and Wisdom at the Berlin film festival, to the incredulity of critics. The Guardian‘s Peter Bradshaw wrote at the time that festival-goers were “in a state of clinical shock, deathly pale and mewing like maltreated kittens” after watching it.

WE is arguably a better film but there were signs of critics sharpening their pencils to damn it. It is certainly a slightly revisionist take on the story, with Edward coming across as a frustrated social reformer demanding better housing for the poor before supping another gin martini.

The film is told through the eyes of a modern New Yorker, Wally Winthrop, played by Abbie Cornish, who becomes fascinated by the story at a Sotheby’s auction preview of the couple’s effects.

Madonna said she chose to tell parallel stories because she did not want to do a “straightforward biopic” and that truth was subjective.

Many people did not understand the choice the king made, she said, a choice that “changed English history, changed the history of the world in many ways”.

Madonna has been married to two film directors. When questioned about this she said: “I am and was attracted to very creative people, which is why I married Sean Penn and Guy Ritchie, very talented directors, and they both encouraged me as a director to do what I did. They were both very supportive.”

Acting up a stink
Madonna has a patchy record when it comes to film. Aside from Filth and Wisdom, she has also acted in a few stinkers — not least Swept Away and Body of Evidence.

But this is Madonna, obviously, and she remains undaunted. “I’ve always loved film, all my life,” she said. “As a child I was always inspired by movies and I always had it in the back of my mind that I wanted to make one.”

Asked where her spirituality came into the equation, Madonna replied: “Making films is really hard in the first place. You have to believe in your subject matter and be passionate about it because there will be challenges along the way. You have to be prepared like the captain of a ship; no matter what happens you have got to keep going. So your spiritual foundation has to be strong.”

Stories abound of how tricky and controlling Madonna can be to work with, but the film’s actors could not praise her enough. Andrea Riseborough — who memorably portrayed the young Margaret Thatcher in The Long Walk to Finchley — stars as Wallis Simpson, and James D’Arcy is Edward VIII.

D’Arcy said: “She had very strong vision, was a very clear communicator and a really good laugh.”

Natalie Dormer, who plays a young Queen Mother, said Madonna encapsulated what it is to be “a strong woman with a vision”, adding that she had an incredibly nurturing spirit.

“Considering the epic requirements needed to write and direct a movie, no question was too small or too stupid,” she said. —

Voluntourism: What’s wrong with it and how it can be changed

Madonna’s cultural appropriation confirms what a cliche she has become