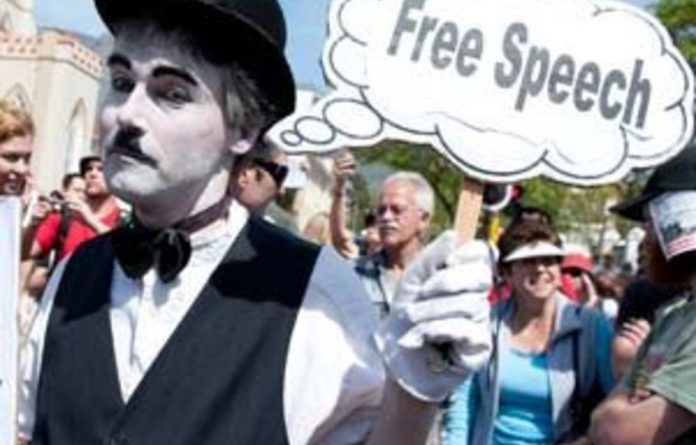 The “secrecy” Bill, which was expected to have been passed in the National Assembly on Tuesday, has been withdrawn indefinitely for further consideration within the ANC.

Had it been rubber stamped in the assembly, the Bill would have then gone to the National Council of Provinces before being passed on to President Jacob Zuma to sign into law.

The Right2Know campaign marched with hundreds of supporters to Parliament to protest against the implementation of the controversial ‘secrecy’ Bill, ahead of a planned debate this week. ANC secretary general Gwede Mantashe has subsequently signaled it may be shelved.

However, the ruling party withdrew the Bill for further consideration following the three-day national executive committee (NEC) meeting at the weekend.

Mail & Guardian editor-in-chief Nic Dawes speaking as the South African National Editors’ Forum (Sanef) media freedom chair said the organisation was “delighted at the ANC and parliamentary caucus’s decision to delay the processing of the Bill”.

“We sincerely the hope the opportunity will be substantively used to address concerns raised by media and civil society groups on the Bill and issues surrounding freedom of speech and freedom of information” he said.

Dawes said that the Bill would not have been delayed if it weren’t for the opposition it met.

“People within the ANC have come to understand some of the problems in the Bill and they have made it clear to leadership.”

“ANC MP’s, leaders and members of NEC are making it clear they are not happy with the form the Bill currently takes. This is an opportunity get it right,” he added.

‘Any delay is good’
Commentators and observers are rejoicing at the announcement.

Professor Anton Harber of the department of journalism at the University of Witwatersrand said: “This is excellent — any delay or impediment is good, even if it is for a couple of days or a month. It is far better than we had been expecting up until now.”

Kate Skinner of the Right2Know campaign, an organisation vociferously protesting against the Bill’s implementation, told the M&G the decision illustrates the importance of mass action.

“We’re completely delighted. It shows exactly how important mass action is and what keeping the pressure on will do — government will eventually back down if you stick to your guns. We do however hope that this results in a serious review of the Bill and is not being used as a delay tactic,” Skinner said.

Prominent media lawyer Dr Dario Milo said in response: “I hope the reason is that its constitutionality is being rigorously interrogated against the litmus test of openness and transparency.”

The announcement also indicates indecision on the Bill within the ANC, according Professor Steven Friedman, director for the Centre for the Study of Democracy at the University of Johannesburg.

“There are divisions within the ANC on this and the public’s opposition may well have facilitated that. They want to go into Parliament united on this and it is entirely possible there might be concessions along the way to that agreement,” he said.