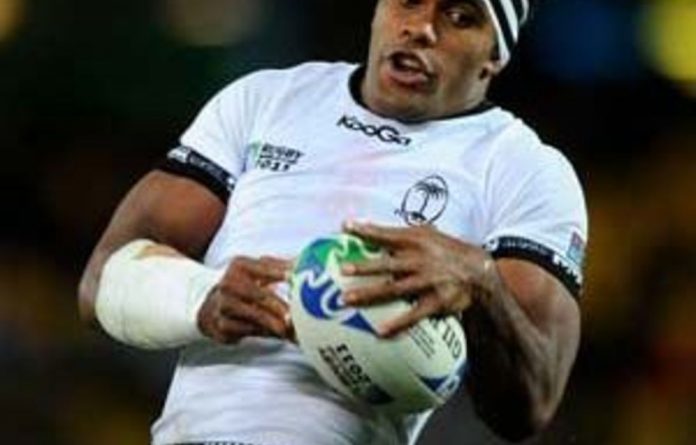 Italy illustrated the benefits of playing regular international Test rugby when they routed Russia 53-17 in the only game at the World Cup on Tuesday, while players from the Pacific islands were in hot water with tournament officials.

Captain Sergio Parisse was at the heart of his side’s best moments in a dominant first half for the Italians, breaking tackles and linking backs with forwards as they jumped out to a 38-7 lead at halftime.

Italy scored nine tries, one of which was a penalty try as their dominance at the scrum proved too much for Russia, and it was the first time they scored 50 points in a World Cup match.

Italy joined the Six Nations in 2000 and the benefits of regular top-level competition were plain to see against weaker opposition.

“We haven’t often played against sides lower than us, in fact they are only the second team we have played in the last four years who are lower than us in the IRB rankings,” Italy coach Nick Mallett said.

“So I was a little bit nervous with how it was going to go but very pleased how we came through it.”

Prior to the match, more than 1 000 students from Nelson College performed a stirring haka on the steps of the city’s cathedral to commemorate the first World Cup game to be held in the city.

Nelson College was the site of the first organised game of rugby in New Zealand in 1870, and a re-enactment of the match took place with 18-players dressed in replica period costumes on each side.

Tackle nets ban
Fiji’s Dominiko Waqaniburotu fell foul of tournament officials when he was banned for three weeks for a dangerous tackle on South Africa’s Pat Lambie in their match on Saturday.

The suspension means the 25-year-old’s World Cup is effectively over unless Fiji embark on an unlikely run to the last four as he will not be eligible to return until October 10 — the day after the completion of the quarterfinals.

Samoa centre Eliota Sapolu Fuimaono escaped censure after apologising for a Twitter rant in which he said his side’s treatment by the IRB was “like slavery, like the holocaust, like apartheid” in reference to their playing schedule.

The Pacific islanders play all four of their Pool D games in 16 days and were pipped by Wales 17-10 on Sunday, just four days after they had played Namibia which prompted his outburst.

New Zealand’s economy, which is projected to benefit to the tune of NZ$491-million (New Zealand dollars) from the tournament, also received an early boost from the influx of foreign visitors.

Electronic transaction processor Paymark, which accounts for 75% of all credit card sales in New Zealand, said that spending from overseas cards was up $12-million in the first 10 days of the tournament compared to the same time period last year.

Hospitality, accommodation and rental cars were, as expected, responsible for the largest part of the spike in spending by foreign visitors, Paymark chief executive Simon Tong said. — Reuters