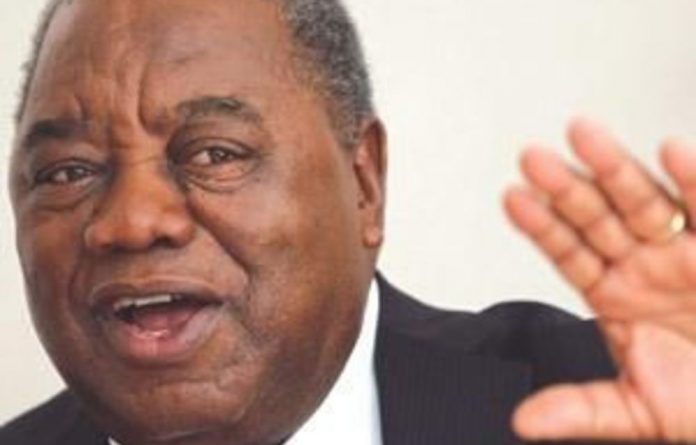 Opposition leader Michael Sata has taken an early lead over President Rupiah Banda in Zambia’s elections on Wednesday, but the tight contest that sparked riots during the balloting remained too close to call.

Opposition leader Michael Sata took an early lead over President Rupiah Banda in Zambia’s elections on Wednesday, but the tight contest that sparked riots during the balloting remained too close to call.

With just five of Zambia’s 150 constituencies reporting, Sata had 55 112 votes against Banda’s 19 601, the electoral commission said.

Zambia has 5.2-million registered voters, making the returns so far too small to indicate who would lead the southern African nation for the next five years.

In Zambia’s last presidential race in 2008, a special election to replace the late Levy Mwanawasa, Banda won with just two percentage points separating him from Sata.

Final results were expected by the end of the week.

Further complications
Three remote polling stations in Western Province were still receiving voters on Wednesday, after the truck carrying election materials got stuck on a road, forcing a delay in the ballot.

Most of the nation voted on Tuesday, but late openings at some polling stations sparked riots in poor neighbourhoods around Lusaka, with stone-throwing mobs smashing cars and burning buses.

“Voting and counting of ballot papers cast in the majority of polling stations throughout the country went on well,” said electoral commission chairwoman Irene Mambilima.

She blamed the late starts on election agents who had ignored their instructions to sleep in the polling stations to ensure an on-time opening.

“We’d like to appeal for patience and peace from all stakeholders and members of the public,” she said.

‘No evidence of fraud
Mambilima said authorities had so far found no evidence to back claims of vote fraud by Sata, who had accused his rivals of trying to rig the vote.

“To us, therefore, this allegation does not hold any water,” she said.

The head of the EU’s monitoring mission said also the unrest on Tuesday was “isolated” and had not undermined the overall integrity of the vote.

Sata is making his fourth bid for president, after losing to Banda by just two percentage points in the 2008 special election to fill the remainder of late president Levy Mwanawasa’s term.

He alleged fraud following that race, and his supporters rioted for days after.

Banda campaigned for his Movement for Multiparty Democracy on the back of a fast-growing economy, pointing to new hospitals and roads as proof of his success.

Windfall tax on mines
But Sata’s Patriotic Front has vowed to share the nation’s copper wealth more evenly by bringing back a 25% windfall tax on mining revenues, which Banda abolished in 2009.

The economy grew by 7.6% last year, one of the strongest showings in Africa, but 64% of Zambia’s 12.9-million people still live on less than two dollars a day.

The increase in copper prices since then — from around $3 000 a tonne to almost $10 000 — and the friendly tax regime have drawn a rush of foreign and especially Chinese investment to Zambia.

Sata had hoped to clinch the election by forming an alliance with the minority United Party for National Development, but their deal collapsed in March amid a leadership squabble.

A PF win would only be the second transfer of power in Zambia since the country gained independence from Britain in 1964. — Sapa-AFP