Heritage is what we choose 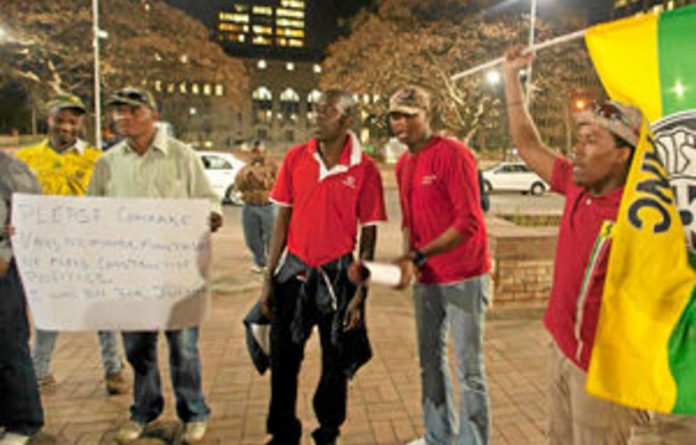 “The triumph of memory against forgetting is part of heritage,” said the late Kader Asmal. “We have to work out not only a shared identity but also a shared history and so a shared memory.”

Heritage is what we decide to inherit, linked to our identities and the values we define ourselves by, said advocate Sonwabile Mancotywa, chief executive of the National Heritage Council. “South Africa as a nation decides what it wants to celebrate as part of our heritage.”

Narissa Ramdhani, chief executive of the Ifa Lethu Foundation, said cultural pride could be a useful tool when incorporated into a South African national identity to build a common heritage for the country. A government survey on social cohesion found in 2007 that the majority of citizens describe themselves as South African, whereas fewer than 10% describe themselves by race and only 2.6% described themselves by language groups

Mancotywa said it was a clear indication that the younger generation was moving toward a shared culture. “It shows a change in perception,” he said. “Society is evolving.”

Ramdhani agreed that a common heritage was developing among the younger generation but because we were a new democracy that encompassed diversity of culture and heritage, the process would be long. “This is understandable since we are a fractured society that is still undergoing the process of national healing.”

And the deep cultural divisions are certainly plain to see. Most recently, the controversial struggle song, “shoot the boer”, sung by ANC Youth League leader Julius Malema, has exposed this. This month the Equality Court declared the song hate speech and banned it. The ANC lamented the ruling as an attempt to rewrite history. But the chief professional officer at the Voortrekker Monument, Cecilia Kruger, said the song showed a lack of understanding among different cultures.

“If there were any respect for other cultures this would not have happened,” she said. “The preamble of the Heritage Act says the aim is to educate South Africans about one another’s cultures and instil respect but that is not happening.” Kruger believed this stemmed from a majority government in power.

Ramdhani said it was regrettable that such a song has been used to create even further divisions in our society. “While it may irk many segments of South African society, this song represents part of our heritage,” she said. In the same way that people might find it difficult to view monuments such as the Voortrekker Monument, they could not be erased from our memory. She said that culture and heritage, although it could not be amended to suit the needs of particular groups, should be respected and recognised as one of the key elements of the nation-building agenda.

Countless streets, municipalities and even cities had been renamed, stirring up further cultural identity issues among South Africans. Name changes, Mancotywa said, were as old as time, for example, New York was once New Amsterdam. “Renaming is an upward process but is linked to identity and bound to be emotional.”

The previous dispensation aimed to obliterate other cultures and it was important to fill in the gaps where a culture was previously oppressed. He said many South Africans had to forgive the pain caused in the past and others needed to acknowledge it.

Kruger agreed name changes often evoked a huge emotional reaction and were perceived by some as just another way to rewrite history. “Some of the changes are worth it, some seem to be just for the sake of it.” Renaming whole cities, especially when there was nothing there before it was built, deeply affected the identity of people, she said. But within this tense negotiation of a shared identity, young South Africans are carving out a shared heritage.

In moving forward there is a concern that culture is becoming lost to new generations. Africa in particular was rich in intangible heritage, such as indigenous knowledge systems and practices, said Mancotywa, but pivotal values like ubuntu were slowly being lost to the younger generation. South Africans were losing their cultural heritage in terms of music and dress, opting for more Westernised images. It was a hangover from British colonial rule, he said.

Kruger agreed that Western civilisation was swallowing the rest of the world but didn’t deem it necessarily a bad thing. Conversely, because of a move towards a more globalised society, there had been a recent upsurge in people wanting to trace their family heritage. “People really do want to know where they come from,” she said.

But eradicating cultural differences was unlikely to happen in future, Mancotywa said. “South Africa’s national pride is built on the acceptance of cultural diversity.”
Ramdhani believed the liberation of humanity began with the mind. “Heritage will ensure that those oppressed during apartheid are introduced to the full horrors of that time so that the process of healing can be facilitated.”

Culture and heritage, she said, were employed as weapons by all sides during the struggle — as a weapon of oppression by the apartheid state and as a weapon of resistance by the liberation movements. “Drawing on this, heritage can today be employed as a weapon yet again, but this time to inform and to empower all South Africans, to break down those cultural barriers that have caused so much pain and finally to teach youth how to transcend adversity and heal the nation.”