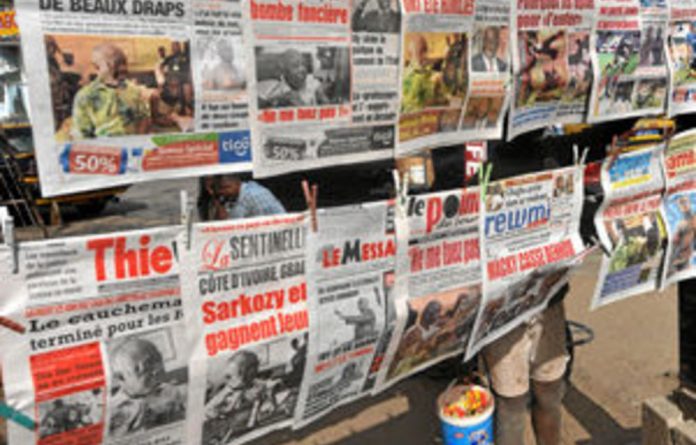 As the United Kingdom continues to be rocked by a mega media scandal and as media institutions in the United States continue to grapple with their identity, internet challenges and dwindling resources, the African Media Initiative is having success in creating a new model for media the world could emulate.

The initiative is a pan-African project created to strengthen private and independent media on the continent. It has moved aggressively to give African media leaders and the practitioners they employ the tools to help raise their standards and to equip consumers to create a vibrant democracy and participate in meaningful economic development. That will help Africans see an end to exploitation by others and promote the development they need to overcome poverty.

Working for two days in Dakar, Senegal, at a hotel in the shadow of a gleaming bronze statue of a family hailing the “African renaissance”, the initiative’s board had a lot to encourage it in its belief that it is making huge leaps on the road to that renaissance.

For example, it recently embarked on projects it believes will have a profound impact on the African media landscape in coming months, including one aimed at instilling ethics as a core principle in all media leaders. To this end the initiative has partnered with the Media Owners’ Association of Kenya to pilot an industry-led process intended to anchor leadership and ethics in the heart of African media.

At the meeting of our flagship project, the African Media Leaders’ Forum, in Tunis later this year we will ask all the media owners who attend (and there were 300 at our last meeting, in Cameroon) to sign a pledge indicating that they embrace the highest ethical standards and are willing to be publicly exposed if they fail to meet this goal.

In addition, the initiative recognises the importance of mobile technology reaching all Africans, especially those in rural areas. So we have teamed up with the Mail & Guardian and Joy Multimedia in Ghana to pilot innovative ways of collecting and disseminating news and information to larger audiences.

The Public Insight Network, now being implemented with the M&G and in partnership with American Public Radio, helps journalists to find ordinary, civically engaged people in their countries to speak knowledgeably about topical issues. The network allows citizens to help shape the news agenda proactively by giving them a trusted and direct channel into newsrooms for tip-offs, suggestions and commentary.

To give incentives and reward pioneers in digital media across the continent, the initiative — in partnership with Omidyar Network, Google and the United States State Department — will launch an African News Innovation Challenge in November, which will be the first continental showcase for home-grown solutions and innovations in the media sector.

Moreover, to be able to respond to rapidly changing market conditions as well as meagre funds, the initiative is spearheading the establishment of a continental network of “innovation laboratories” that will bring together journalists and technologists for low-risk, rapid prototyping that would experiment with new ways to produce and disseminate news.

Pilot projects are set to launch in Cameroon, Ethiopia, Ghana, Kenya, Nigeria, South Africa, Tanzania and Uganda within the next month. We are negotiating with mobile companies for material and technical support.

These are only a few of the giant steps the initiative has taken in the past few months. There are more to come, as we consult colleagues, stakeholders and experts with the same commitment around and beyond the continent. We do not intend to be a top-down organisation.

The initiative is on the move, inspired by the co-operation and support it is getting from donors, as well as the media community that we are wholeheartedly committed to serve for the benefit of citizens in Africa and elsewhere.

A thriving, productive Africa will not only benefit the continent, but also its global neighbours. African media must be equipped to share the truth and tell its story. For Africa to take its rightful place in the world, its people must be empowered to participate in the continent’s development and governance.

The initiative is confident that it is putting in place the building blocks for that to happen.