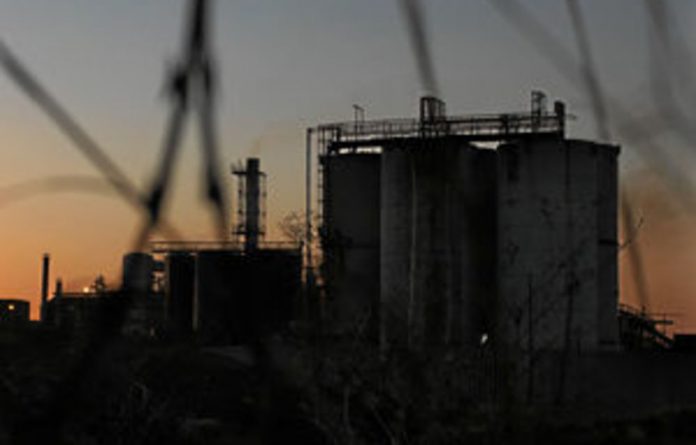 After years of speculation and accusations between the executives of Lonmin’s Western Refinery in Brakpan and its employees, the company’s management has admitted that it gave confidential information about its employees to private investigators, according to the minutes of a meeting between management and union representatives last week.

In a meeting on September 15 between Lonmin’s management and Chemical, Energy, Paper, Printing, Wood and Allied Workers’ Union (Ceppawu) representatives, management conceded that it had given personal information such as payslips, photos and addresses to private investigators hired by the company to investigate platinum theft at the plant.

The admission comes after Lonmin employees suspected of platinum theft were targeted in a spate of attacks. The attacks have occurred since 2008, with more than 28 people being exposed to torture, kidnapping or shooting, according to a union representative employees have long suspected the company was involved in the attacks because of the confidential information the attackers had at their disposal. According to the minutes of the meeting, management said the information was subpoenaed by a judge and it had complied with the subpoena.

“This is a deal that went wrong between the company and its private investigators,” said one employee, who didn’t want be identified for fear of victimisation.

Lonmin has admitted to having an office in the Springs expo building where investigations were conducted. According to sources in the union, the office was used by Linda Ndaba and Paul Loock, who were working as Lonmin private investigators. The office was also used to interrogate employees suspected of platinum theft.

In the minutes Lonmin management says that prior to his employment at Lonmin, Ndaba was an undercover investigator for the South African Police Service (Saps) and, at some stage, while still a Saps member, he was arrested with the gang of attackers.

The issue of harassment of Lonmin employees blew up in June, when police at the Johannesburg Central Police Station arrested three men accused of kidnapping and torturing Lonmin employee Arnold Hlebela.

Police appeal to employees
Gauteng police spokesperson Colonel Lungelo Dlamini has appealed to Lonmin employees who have any information about the attacks to report the cases to help the police in their investigation. “It has been difficult to track these attacks because they occur at different locations and people report at different police stations,” said Dlamini.

Lonmin has asked its employees to report any incidents of theft to a hotline number, but union representatives say they are reluctant to use it because the number goes straight to the company’s security department. The cellphone numbers of Ndaba and Loock are also listed. The minutes quote a union representative asking for a company structure which employees can trust and feel free to report incidents to.

Speaking to the Mail & Guardian, Ceppawu leaders at Lonmin said they wanted the issue to be dealt with from the roots up. “We feel there are people who are responsible for these attacks and we want those people brought to book,” said a union leader who did not want to be named.

A security officer at Lonmin, John Mukhubele, who was kidnapped and tortured in December 2010, said if the company was involved in the attacks “I am going to sue them, they must pay.”

Sue Vey, a senior consultant at Financial Dynamix, speaking for Lonmin, said: “Lonmin did not, does not and would never authorise or condone such incidents and any suggestion to the contrary is absolutely false. Lonmin security is co-operating fully with the official investigation into these allegations.

The company has not released any associated information publicly. It is not appropriate to comment further on an ongoing investigation. Lonmin takes its responsibilities to its employees and the communities around its operations extremely seriously and its on-going commitment in this area is well-documented.”