Transparency a cure for the ‘resources curse’ 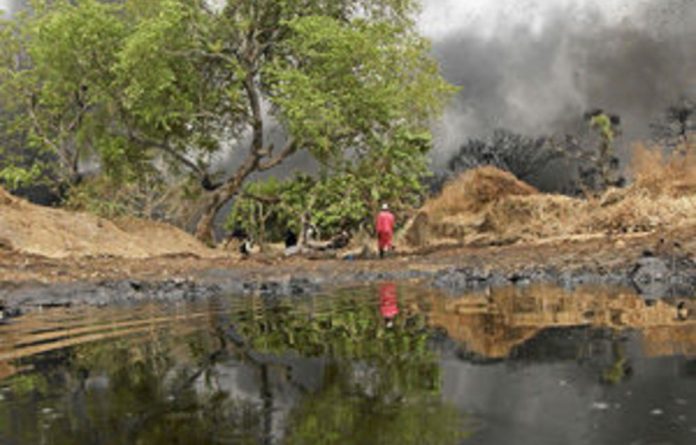 The recent summit in the Kruger National Park attended by European Union and South African leaders to make progress on trade, climate change and political co-operation was unlikely to have ignored the issue of natural resources.

Of course, in South Africa, extractive industry is a hot political topic. Mining, in particular, is subject to daily speculation as to the benefits or otherwise of nationalisation. In Europe, too, natural resources are high on the agenda, with legislators set to propose a groundbreaking new transparency law next month that could result in countries in Africa being in a far stronger position to make the most of their assets.

The “resource curse” is one of the most persistent and debilitating clichés about African countries blessed with deposits of oil, gas and valuable minerals. Across the continent natural resources that should have yielded development booms have too often merely enriched a small elite without benefiting ordinary citizens.

Yet there are chinks of optimism in the global campaign to make the industry more transparent and therefore more accountable to citizens’ needs. A coalition of civil society organisations — including my own, the ONE campaign — under the banner “publish what you pay” has been pushing a new type of transparency law aimed at making companies disclose far more information about their operations than is currently required. If adopted globally, the movement has the potential to be as game-changing in the fight against corruption as vaccinations have been in preventing disease.

The first big step came last July in the United States, when the Dodd-Frank Wall Street Reform Act was passed. Tucked inside was amendment 1504, sponsored by the bipartisan pairing of Republican senator Dick Lugar and Democratic senator Ben Cardin. The amendment will force all oil, gas and mining companies listed in the United States to publish all the payments they make to governments, broken down to the level of individual projects. Soon, data will start flowing on gas in Nigeria, oil in Angola and mining in the Democratic Republic of Congo.

A month after passing the law US President Barack Obama stood up at the United Nations and spoke passionately about the impact the law could make on reducing corruption: “Countries are more likely to prosper when governments are accountable to their people. So we are leading a global effort to combat corruption, which, in many places, is the single greatest barrier to prosperity and which is a profound violation of human rights. That’s why we now require oil, gas and mining companies that raise capital in the US to disclose all payments they make to foreign governments.”

Of course, not all extractive companies operating in Africa are US-listed. In fact, many of the key mining companies in the region are based right here in South Africa. European stock exchanges also host major players, including Tullow Oil, which has made several substantial oil finds in East and West Africa, and Anglo-American, which needs no introduction.

On the South African side Finance Minister Pravin Gordhan was present at a major conference on extractives transparency in March and is looking closely at the issue.

Indications are that the EU will propose its version of the law early next month, with France and the United Kingdom urging its swift adoption. South Africa also needs to speed up its process, both in terms of domestic transparency and in empowering citizens in other African countries where Johannesburg-listed companies are operating.

Some companies, naturally, are lobbying against the transparency measures. This is wrong, both for their business and for the sustainability of their operations. It is a common complaint of industry that the business environment in Africa is insecure and that governments cannot be trusted. But it is the opaque nature of the industry that contributes to the rumours undermining its relationship with the wider society.

Similarly, for investors, legally binding transparency measures would give a far more comprehensive picture of a company’s operations, improving the level of analysis and the quality of the investment. Transparency creates a level playing field in terms of information, allowing civil society to hold politicians and executives to account in a constructive way, rather than simply declaring “a plague on all your houses”. The Arab spring exposed the danger posed by closed societies that deny people access to information.

For South Africa the perfect opportunity to up its game on extractive-industry transparency is provided by the Open Government Partnership. This innovative programme, endorsed by South Africa this week, made its debut with eight countries recently meeting in New York for the first time to make commitments to running public finances in an open and transparent manner. South Africa should make it clear that oil, gas and mining are front and centre of its ambitions as a pioneer in open government.

For Africa as a whole, the transparency momentum has come at the right time. In 2008 exports of oil, gas and minerals from the continent were worth roughly nine times the value of international aid ($393-billion compared with $44-billion) and more than 10 times the value of exports of agricultural produce ($37.9-billion). The scale is staggering. If greater transparency increased government spending on health and education by only 5%, it would still be more valuable than the combined aid to the continent from the US, UK and France.

The good news
The good news is that most of Africa’s natural-resources wealth is still in the ground, waiting to be discovered.

It represents a one-off opportunity to leapfrog decades of development progress and put the “resource curse” out of business. Transparency will help ensure that happens.

South Africa should make sure it is on the right side of history.

Dr Sipho Moyo is the ONE foundation’s Africa director. She previously worked at the African Development Bank for 12 years.

Academic Samantha Vice has caused a storm of controversy with her thoughts on white shame in South Africa. Read the reactions on our special report.

Getting underground and creating value

How our heritage is reduced to ash