Tampering with the past 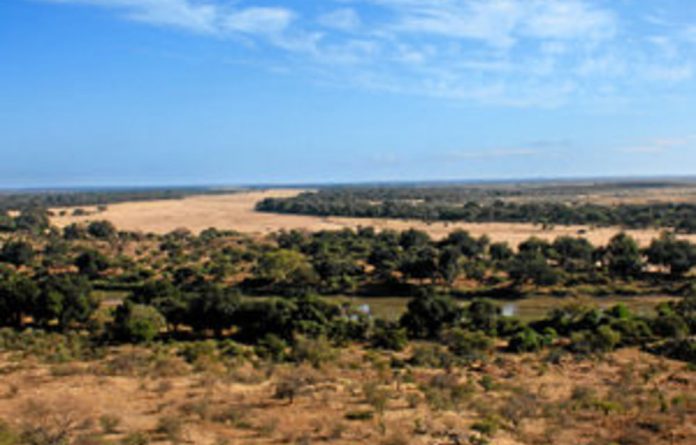 The ongoing row over a coal-mining licence granted on the border of the Mapungubwe World Heritage Site has highlighted the cultural significance of preserving global treasures. Intellectual and writer Vele Neluvhalani recently added his voice to protests against the mining, saying it would be “an offence to our ancestors”.

Neluvhalani, a retired public servant from Shayandima in Limpopo, has studied indigenous knowledge systems and is a member of the commission for the promotion and protection of the rights of cultural and linguistic communities.

He was involved in the reburying of his ancestors’ remains at Mapungubwe, after they were reclaimed from the Transvaal Museum in Pretoria and restored to their rightful place. In a video clip that has become part of the Save Mapungubwe Campaign, Neluvhalani says people have always been connected to the Earth and are visible by the traces they leave behind, such as the ancient rock art on the sandstone outcrops at Mapungubwe.

“Once we tamper with Mapungubwe, we will be tampering with the past,” he says. “Everyone in South Africa should be united to help preserve Mapungubwe.” Mapungubwe was the capital city of a flourishing African kingdom a thousand years ago and includes rock-art sites, as well as stone-age and iron-age sites.

In the 1930s a golden rhinoceros made from gold foil and a gold sceptre and bowl were excavated from graves on its hilltop.

Besides its archaeological and palaeontological treasures, it is part of the Mapungubwe National Park and an intended future transfrontier park with Botswana and Zimbabwe. It was added to the World Heritage List by the United Nations Educational, Scientific and Cultural Organisation (Unesco) in 2004. Its listing hangs in the balance, however, after the government gave the go-ahead to an Australian mining company, Coal of Africa, to construct an open-cast mine just outside the boundaries of the Mapungubwe National Park.

Inscription on the list ensures site protection under Unesco’s World Heritage Convention and possible financial assistance from the World Heritage Fund. At its 35th session in Paris at the end of June, the World Heritage committee expressed its concern at the potential adverse impacts of the mining site.

Far reaching implications
“In terms of both culture and nature, any development of this site could have far-reaching implications for the sustainability of the Limpopo Basin, could derail international agreements on the trans-frontier conservation area and could completely destroy a landscape that has the potential to contribute significantly to an understanding of the wider settlement history of Mapungubwe,” the committee said.

Earlier this month the department of environmental affairs and South African National Parks said they had signed a memorandum of agreement with Coal of Africa to “ensure the integrity of the Mapungubwe Cultural Landscape World Heritage Site”.

Details of the agreement were not spelled out, but they said the site’s integrity would be maintained through “comprehensive biodiversity offsets programmes, thereby optimising benefits to local communities”. These would include programmes aimed at natural and cultural heritage conservation, tourism development and water resource management.

The Save Mapungubwe Campaign, comprising a coalition group of local community members and a number of civil society organisations, including the Association of Southern African Professional Archaeologists, objected to the confidentiality of the agreement. The coalition is appealing the mining right as well as the approval of Coal of Africa’s environmental management programme. It has also lodged an appeal against the water-use licence granted for mining in March.

“The information held by Mapungubwe is important to all of us because, like the people at Mapungubwe, we are facing various social and environmental crises today,” said the campaign’s spokesperson, Nick Hiltermann. “People in this area interacted, co-operated and fought with one another long before South Africa was colonised and understanding the history held here can shape the way that we interact with one another today.”

Not the only biodiverse region under threat

Mapungubwe is not the only World Heritage Site in South Africa under threat. The seven other listed sites face various challenges:

Possible heritage sites
Thirteen sites have been identified as possible World Heritage Sites in the future:

A report from Unesco highlights a lack of access to online learning: only 12% of learners in sub-Saharan Africa can connect to the internet at home
Read more
Africa

Investing in education as a global common good

High-stakes choices today, transforming education for tomorrow. Covid-19 must be used as a catalyst to strengthen health and education
Read more
Opinion

Unearthing the neglected role of hunter-gatherers in social transformation

The lockdown has exposed gross inequalities in education and society, but also gives us the opportunity to find new solutions
Read more
Coronavirus

What we are learning about distance learning