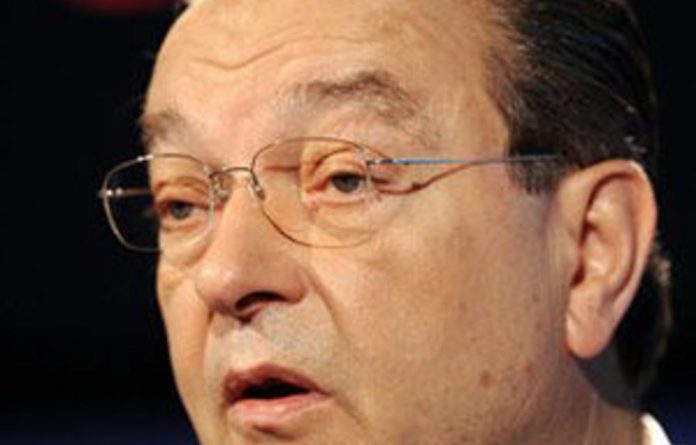 The new interim boss of UBS has been charged with reorganising its investment bank, a task which will take two to three years to complete, its chairperson said on Sunday after CEO Oswald Gruebel quit over the $2.3-billion rogue trading scandal.

The UBS board accepted the resignation of German-born Chief Executive Gruebel (67) on Saturday and appointed as his interim replacement Sergio Ermotti, who hails from Switzerland’s Italian-speaking region of Ticino.

The board is looking at both internal and external candidates to fill the post permanently and Chairperson Kaspar Villiger told a newspaper on Sunday ex-Bundesbank head Axel Weber had already been involved in the CEO selection process as an independent advisor.

But Weber was not due to take over as UBS’s chairperson until 2013, Villiger said.

He also said that Ermotti, the suave former UniCredit banker who joined UBS in April as head of Europe, Middle East and Africa — and has worked in London and New York — is a strong candidate to remain as CEO, Villiger said.

“He has lots of experience and brings a lot of what’s needed to run the bank. I also think it’s good that he’s Swiss,” Villiger told the NZZ am Sonntag.

Losing patience
With the Swiss public losing its patience with the country’s biggest bank after a series of crippling crises, Ermotti’s nationality may give him an edge over competitors and help him deal with politicians and regulators.

Villiger said the board has already asked Ermotti, who was passed over for the CEO job at Italy’s UniCredit, to speed up a scaling back of the investment bank.

“Revamping the bank will probably take the next two or three years until it’s all completed,” Villiger said.

Villiger, a former Swiss finance minister who also faced calls to resign over the scandal, said in a conference call with reporters on Saturday that the bank was sticking to plans for Weber to join the board next year and take over as chairperson in 2013.

He reiterated that point on Sunday.

“It’s not optimal for the president and the chief executive to step down at the same time. This way Axel Weber has the chance to get up to speed, Villiger told the NZZ.

“He’ll also live in Switzerland and get to know the Helvetic characteristics. We see no reason to change this plan.”

Gruebel’s exit welcomed
Gruebel, a banking industry veteran who helped turn around UBS’s cross-town rival Credit Suisse, was brought out of retirement to try to revamp UBS after it almost collapsed in 2008 under the weight of more than $50-billion lost on toxic assets.

His decision to take responsibility for the latest $2.3 billion loss and step down was welcomed by several Swiss politicians. The Swiss parliament looks set to enact new capital adequacy standards for big banks that go beyond the Basel III rules.

Earlier this year Gruebel criticised the regulatory plan and the Swiss National Bank’s decision to cap the strong Swiss franc at 1.20 per euro to shield the economy from a downturn.

Gruebel’s resignation was “not surprising and right,” Christophe Darbellay of the centre-right Christian Democrats (CVP) told the NZZ am Sonntag.

Darbellay also said he approved of the decision to appoint a Swiss CEO, telling the paper, “Swiss values will be good for UBS.”

Yet to MP Christoph Moergeli of the right-wing, anti-immigrant Swiss People’s Party (SVP), Villiger should have gone instead, making room immediately for Weber, he told local media. — Reuters

If record vinyls and iTunes can co-exist in the Technological Age, Wi-Fi will allow ocean liners a slice of the airlines’ global travel monopoly
Read more
Business

How a rogue trader crashed UBS

The alleged rogue trades have killed any remaining ambitions UBS might have to compete with the titans of Wall Street.
Read more
Business

Swiss banking giant UBS's boss does not feel guilty about the $2-billion rogue trading that occurred in his bank and isn't resigning.
Read more
Business

Pressure is mounting on bosses of Swiss bank giant UBS to quit for failing to prevent a $2-billion trading loss.
Read more
Business

Ethical consumerism is on the rise. Do ethical companies really trump the rest? Research suggests they do, and investors want to follow the money.
Read more
Advertising
Continue to the category
Coronavirus