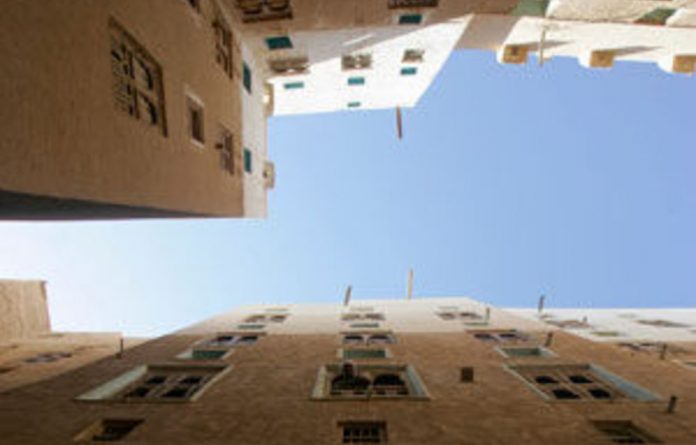 Yemeni President Abdullah Ali Saleh called for early elections on Sunday in his first speech since returning to Yemen but his latest peace formula is unlikely to appease protesters who want nothing less than his immediate departure.

Saleh, speaking as a sixth day of violence raised the death toll to more than 100 lives, said he was committed to transferring power through elections.

But since the crisis began in January when protesters took to the streets demanding that he quit, the embattled Yemeni president has been prodigal in proposals to end the eight-month-old violence but followed up on none that entail him surrendering power.

Saleh, who returned on Friday from Saudi Arabia where he sought treatment after a June assassination attempt, reiterated his acceptance of a Gulf power transfer and said the vice-president retained authority to hold talks with the opposition.

“Let’s all go towards dialogue, understanding and peaceful exchange of power through elections and early presidential elections,” he said in the televised speech.

Traditional Arab head gear covered most of Saleh’s head and neck while an elaborate flower arrangement hid his hands in an apparent bid to disguise injuries sustained in a June bombing of the presidential palace.

Yemeni officials and diplomats involved in political negotiations to ease Saleh out had said the direction the crisis takes will hinge on the president’s words on Sunday evening.

“We’re so used to this there’s nothing new in the speech. It’s the same story, the same politics, he talks to us as if we’re children,” said Saeed (30) a protester watching the speech in the central square. “He’s just talking and talking about this initiative and we haven’t seen any action.”

Earlier on Sunday Yemeni soldiers killed two tribal fighters and wounded 18 anti-government protesters in the latest clashes in a week of bloodshed that has raised fears of a descent into all-out civil war.

For the first time since six days of battles between opposition and loyalist forces erupted in Sanaa, the clashes spread outside the capital. Two pro-opposition tribal fighters were killed in the mountainous outskirts of Sanaa when the army shelled an area where the two sides had been clashing.

In Sanaa, soldiers used live rounds against thousands of unarmed protesters singing and chanting “God is great, Freedom” as they marched out of their protest camp and into the capital’s busy streets.

“I saw soldiers from above, in buildings and on the bridge,” said Mohammed al-Mas (21) a protester whose back was drenched in blood from a gunshot wound. “Then the gunfire started and I ran back, but I suddenly felt the shot in the back.”

A local photographer said the violence was caused by one soldier who opened fire with a machine gun but other protesters said they saw 10 troops open fire.

Eighteen people were wounded and medics said two were in critical condition. Doctors drenched in blood worked on bullet wounds at a makeshift hospital in “Change Square”, the name protesters have given the shanty town of tents they have staked out in the middle of Sanaa.

High stakes
The United Nations Security Council urged Yemen on Sunday to allow more access to humanitarian aid. Doctors treating protesters have complained they are running low on medicine and the International Committee of the Red Cross (ICRC) said its workers had been threatened and assaulted.

Anxiety is high in Sanaa as sporadic clashes break out across the city and residents construct roadblocks in the hope of stopping gunmen.

Protesters have grown even more wary of Saleh’s intentions after some 17 people were killed on Saturday when government forces attacked their camp in Sanaa, according to witnesses and medics, bringing the death toll in five days of fighting to around 100.

Analysts fear that a slide towards anarchy in the unruly Arabian Peninsula state could further embolden a wing of al-Qaeda based there and endanger Western interests in the Gulf and oil shipment routes through the Red Sea.

Saleh’s arrival in Sanaa came despite the entreaties of Western and Gulf states for the leader to end his 33 years in power. The European Union’s (EU) Catherine Ashton condemned the violence and called on Saleh to sign the Gulf-brokered power transition plan.

Saudi Arabia’s King Abdullah, who had hosted Saleh during his recovery from the June assassination attempt, also called for the adoption of the Gulf plan.

“We call on all sides to show self restraint and reason to prevent the risk of Yemen sliding into more violence and fighting,” King Abdullah said in published remarks. “We believe that the Gulf initiative is still the only way out of the Yemeni crisis.”

Saleh (69) has not yet announced his intentions since coming back to Yemen but said on Saturday he was “carrying the dove of peace and the olive branch”.

“It’s funny he says he came with the olive branch. He’s the enemy of the people,” said Abdulqawy Noaman, a professor at Sanaa University who was shot in the leg.

The UN Security Council urged Yemen on Sunday to allow more access to humanitarian aid. Doctors treating protesters have complained they are running low on medicine and the ICRC says its workers have been threatened and assaulted.

Protesters accuse Saleh, his family and the government of widespread corruption and failing to address crippling poverty and lawlessness in a land where one in two owns a gun.

The demonstrators are backed by powerful forces including the elite leaders of the al-Ahmar clan that heads Yemen’s large tribal confederation the Hashed.

The support gives them financial backing for food and equipment, but many say it also makes them pawns of powerful elites who once were part of Saleh’s government. — Reuters