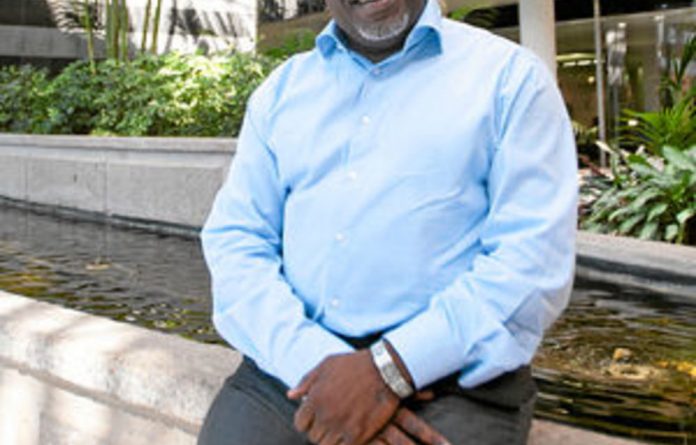 Exxaro Resources chief executive, 57-year-old Sipho Nkosi, has been involved in business throughout his working life so when he speaks about the recent split in business along racial lines following a two-day summit, you listen attentively.

“Interest groups will now and again have common issues” to rally around but, at the end of the day, “we still need an organisation that unifies all business”, he says.

The rotund, grey-haired Nkosi, wearing an open-necked blue shirt, is punctual to the minute for our meeting at Exxaro headquarters in Pretoria. First, he insists on the boardroom, saying that his office should not be seen because it’s “too untidy”, but he relents and allows me into his huge office, with wooden blinds, a well-worn leather couch and a very tidy desk. The only contribution he has made to his office is a bronze spade, which was used during a turning ceremony.

He hasn’t changed anything in the office he inherited because he doesn’t believe in wasting money, in spite of heading one of the country’s largest coal (and other minerals) mining companies, which recently reported a 14% revenue increase to more than R17-billion.

Business Unity South Africa (Busa) has been racked by infighting over the past few months. First the Black Management Forum, led by Jimmy Manyi, left the body in June, saying that blacks were puppets of white businesses. Then, a host of other bodies followed last week, in spite of President Jacob Zuma addressing the summit and encouraging unity in the business sector.

The constituencies are diverse, Nkosi points out, so it’s important that everyone is given “a platform to express views” and Busa needs to review its strategies so that it is aligned with its members’ views and agendas.

Having said that, he points out that the bottom line is that “South Africa needs a united business sector. It needs to speak with one voice on a number of issues, such as the impact of regulation, infrastructure and skills development”.

Nkosi, who was born in Vryheid in KwaZulu-Natal in 1954, lives in Morningside Manor, Sandton, and has a wife and three children. He has experience in the energy and coal sectors locally and internationally.

Prior to Exxaro, he was one of the founders and the chief executive of Eyesizwe Coal. Before that, he was country manager of ABB Alstom Power (SA), having previously worked with Anglo Coal and Ingwe. He was export marketing co-ordinator in the international marketing division of Anglo Coal from 1986 to 1991. In 1992, Nkosi joined Ingwe as marketing manager responsible for international coal marketing.

He is the immediate past president of the Chamber of Mines of South Africa and has served on the executive council of the chamber since November 2006. Previously, he served as chairman of the chamber’s collieries committee. He holds a list of degrees: BCom (University of Zululand), BCom (Hons) (Econ) (Unisa), MBA (University of Massachusetts, Boston) and a diploma in marketing management (Unisa). In July 2009, he completed an advanced management programme at the University of Oxford in the United Kingdom.

BEE and nationalisation
Nkosi is keen for people to start brainstorming fresher and newer ideas on growth and the economy, how to solve the crisis of unemployment and the lack of skills rather than being stuck on the drumbeat of black economic empowerment (BEE) and nationalisation.

“It was good to have BEE as an intervention at the time, but any strategy needs to be reviewed,” he says. That is why the Mining Charter was reviewed last year. There has been improvement over the past 10 years, he feels, and the situation will continue to change as the economy grows and new players come into the industry.

The real question, for him, is whether we are tackling the right debate. After all, he points out, when Nelson Mandela came out of prison, he wanted nationalisation and quickly changed his mind. The ANC took a view: let’s walk away from nationalisation and put other things in its place, the Reconstruction and Development Programme and Gear, for instance, Nkosi says. But now it’s really education that needs to be tackled and unemployment is rife. “There is a cry for change, a cry for solutions from the youth. I don’t believe it’s practical to implement nationalisation in the country.”

Economic growth
He offers three issues to tackle immediately: catch the current commodities boom, remove the bottlenecks in legislation, and accelerate skills development. But, in the end, he says, it boils down to the same old thing: “Education, education and education.”

His company is looking at new ways of investing in education in the skills that are required. It is more urgent to create jobs quickly than to be stuck on BEE or nationalisation, he says, explaining that artisan programmes have recently begun at Eskom.

He agrees with the idea of a social compact between business, labour and the government, but feels overwhelmed by the question of how to sell the idea to labour. “How do you say this to Cosatu when it can see what CEOs are earning? Can you really compare people who have different skills levels?”

In the mining industry, even though the salary increases have been between 9% to 10% over the past few years, it is not helping bridge the wealth gap.

Exxaro is 50% BEE-owned. Employee shares mature in November this year and each employee will walk away with about R130 000, depending on the value of the shares at the time. The crunch time will be 2014, when everyone is expected to comply with the legal compunction for 26% BEE ownership, but who knows whether the government will be happy enough, Nkosi says.

Dreams
What do you do in your spare time? “Work.” What would you like more time to do? “Work.” If you asked what his hobbies were, he might well say “work” too. Nkosi’s CV says he likes classical music. However, if he really had to be something other than a businessman, he thinks carefully and chooses “maize farmer” so that he can feed people.

He also dreams about the Inga Dam River Project on the Congo River, an environmentally friendly hydropower project that could connect different African countries and provide power. He thinks a lot about coal, saying that we have an almost endless supply that could last between 200 to 300 years. But we also have to look at nuclear, wind and solar energy, he says.

Nkosi wants fresh ideas for the economy. He is tired of the same old debates. It would probably be a good idea for more people of his ilk — experienced business people — to blow this trumpet a little louder.

Skills crunch in the state? Use outside experts