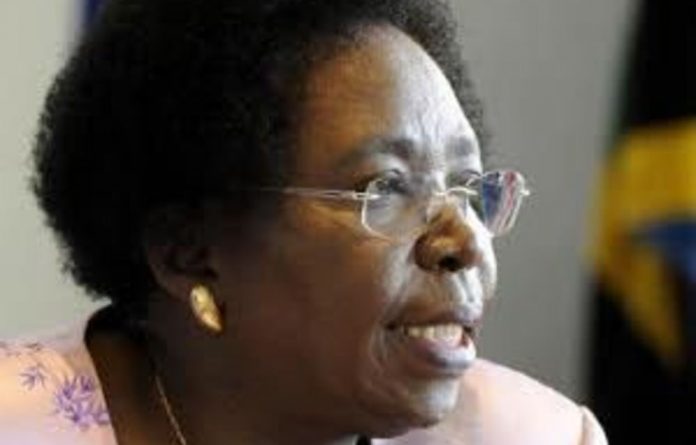 Being the director-general of home affairs is like climbing a greased pole, the ministry’s former director general, Mavuso Msimang, famously told the Mail & Guardian last year as he left the post he had held for three years, explaining his struggle to fight corruption within the department.

This week his successor, Mkuseli Apleni, recalled Msimang’s words as the department prepared to announce its first unqualified audit in 15 years, finally putting paid to the “curse” of the greased pole.

A clearly pleased Apleni said the clean bill of financial health had not been an easy feat to achieve, and he attributed the turnaround to the strong political will of his boss, Nkosazana Dlamini-Zuma, and her determination to get the department back on track.

The last time the department achieved an unqualified audit was in 1995, although Apleni was quick to point out that, at the time, the government had not introduced the Public Finance Management Act, which brought about more stringent accounting standards.

When Dlamini-Zuma took over the department from predecessor Nosiviwe Mapisa-Nqakula in 2009, it had only just started to implement its turnaround strategy, and was still tainted by corruption, slow service delivery, a failure to adequately document immigrants from neighbouring countries who were pouring through South Africa’s porous borders, and successive disclaimer audit opinions by the auditor general, Terence Nombembe.

She is widely credited with bringing the department back from the brink of collapse by rooting out corruption and maladministration. She scored a “B” in the M&G‘s ministerial report card for two successive years.

But Apleni said much of the ground work was laid in 2007 when the department decided to implement a turnaround strategy led by Msimang. The poor results continued, however, and it received an audit disclaimer the next financial year.

The strategy had focused on improving the speed of service delivery at the department. Instead of waiting over 90 days for an identity document, the time had been cut to just over a month.

He adds that when he took over as a director general, Dlamini-Zuma had told him about the importance of cleaning up the department.

“She said, ‘we can do everything — but if we are not balancing the finance side, that good work we are doing gets tainted. An organisation is an organisation which balances on its line function responsibility as well as on the financial side of issue because we are using taxpayers’ money.

“So we need to be able to account [for our finances] properly in order to bring the confidence of the public on what we are doing’,” he said.

Dlamini-Zuma then laid down a plan to achieve an unqualified audit for the 2010-2011 and 2011-2012 financial years, after which she expected the department to achieve a clean audit.

Sure enough, things started to change for the better. Last year, the department received one qualification from the auditor general on capital asset management — an improvement from the 20008/9 financial year when it received four qualifications.

Apleni is adamant that the department will continue on this trend. “We know it won’t be easy, but that is a target we have set for ourselves,” he said.

He said measures to achieve their targets included the appointment earlier this year of qualified chartered accountant Rudzani Rasikhinya as chief financial officer, and appointing directors of finance in the provinces in April this year.

“We want continue to increase the capacity of the department [to deliver services] and make sure that finance is a management issue. It’s not a problem of the chief financial officer or the accounting officer. It is a problem that management must deal with.”

Apleni admitted that the department is still in the process of battling corruption, but said the department had turned its attentions to eradicating underperformance.

“There are people who have been charged on issues of [underperformance],” he said.

He said political will in an organisation plays a critical role because without the support of “the political principles”, nothing could be achieved.