Climbing steadily towards a no-ice age 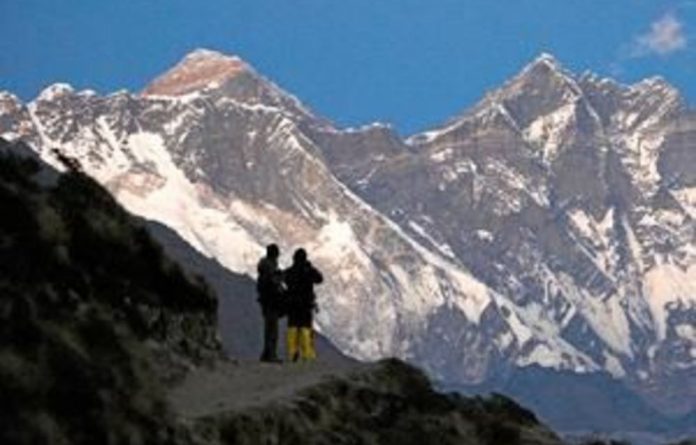 Reports that global warming is changing the climbing route on Everest has awakened memories of Climategate. In late 2009, at the height of the so-called controversy, it emerged that two “papers” on the disappearance of mountain ice cited by the Intergovernmental Panel on Climate Change in its 2007 report were nothing of the sort. One was a dissertation by a Swiss geography student and mountain guide. The other was an article in a United States climbing magazine by mountaineer Mark Bowen.

The sceptic community was gleeful. What could a bunch of self-absorbed adrenaline junkies contribute to climate science? Climbing conditions on Everest might be changing, but what does that prove? As a climber, I could see their point. Then again, I know Bowen, not just as a climber but also as a scientist and the author of Thin Ice, an account of glaciologist Lonnie Thompson’s work and how climate change is affecting the world’s mountains.

Over dinner one evening, Bowen and I shared our admiration for John Tyndall, the father of climate science after whom the Tyndall Centre for Climate Change is named. Tyndall was a talented alpinist who first attempted the unclimbed Matterhorn in 1860, a year after he discovered the properties of carbon dioxide that make it a greenhouse gas. The curiosity that drove his science also drove his zeal for climbing.

If only Tyndall could see how his beloved Alps have changed. The climbers that have followed in his bootsteps unwittingly documented this process. Photographs taken a few decades ago reveal the mind-boggling scale and rate of change. Whole glaciers are disappearing. Ice cliffs, called seracs, are changing position as the ice recedes, threatening previously safe climbs. Rocks once frozen in place are loosened as permafrost recedes.

As a climber or off-piste skier, you must pay attention because these hazards can kill you. In the Alps, a new guidebook details changes to popular climbs affected by warming temperatures. Recently, a friend in Chamonix tweeted about a tarpaulin placed at the Col des Grands Montets. Its job was to reduce the melting of ice on one of the area’s critical ski runs.

Yet climbers also know mountains are always changing. It is in their nature. Glaciers in the Alps started retreating in the 19th century.

Gigantic rock falls reported in recent years are not new. Postcards from the 1930s of the Eiger’s notorious North Face reveal that in some summers it looked as rocky and ice-free as it does now. Some of my more sceptical climbing friends say it is too easy to attach the phrase “climate change” to everything that happens in the entropic world of the high mountains.

It is not possible to cling to that notion anymore. Studies in the Alps show ice loss accelerating, even in the short term. At least local people there can make their voices heard, and Alpine countries are wealthy enough to mitigate the dangers.

That is not the case in the world’s poorer mountain regions. Although our knowledge of the Himalayas is far less comprehensive, it is clear that major change is under way there too.

Interacting with local people is part of the Himalayan mountaineering experience. The insights we gain as climbers can be instructive, even useful. Last year, I attempted an obscure unclimbed peak in Tibet’s Trans-Himalaya, 200 kilometres north of the main Himalayan chain. One of our team had been this way a decade before, and was continually amazed at how much ice had gone.

This region is near desert, with little precipitation, so meltwater from glaciated peaks is critical. Local nomads, living all their lives at 4500 metres, complained that their grasslands were failing as nearby glaciers shrank. There had been nothing like it before, they said.

Everest is famous enough to attract attention, but these remote mountain communities have struggled to be heard. It took a determined effort by mountain geographers Bruno Messerli and others to ensure mountains made it on to the United Nation’s Agenda 21 in 1992. Climbers such as Ed Hillary and Doug Scott used the inspiration they found in the mountains to improve the livelihoods of the people they met there. The next generation of mountain lovers must do the same. —