Karma-free food from the kitchen of Krishna 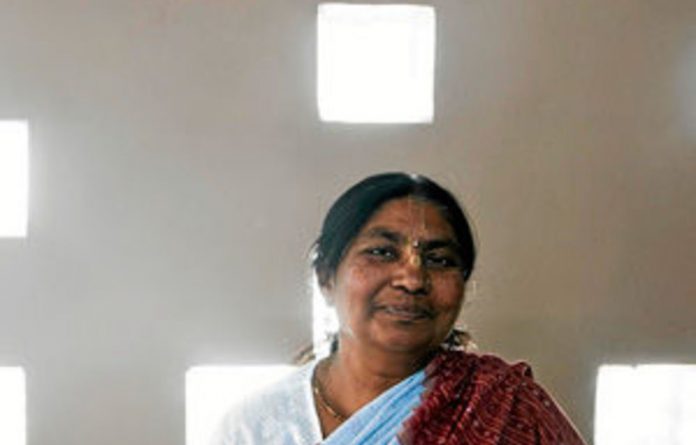 Krishna is often called the “kitchen religion” — where there are followers of Krishna, there is bound to be food, for devotees as well as those who cannot afford to buy it.

Rohini no longer has the time to come to the M&G offices in Rosebank now that she has opened a new restaurant called Amrta (pronounced “amreeta”) in what used to be an Italian eatery in the Codfather complex in Rivonia, Sandton.

She prepares mainly North and South Indian food, but phone ahead and she will make something to order. As I arrive she is taking a call from a hungry man from Durban who is visiting Johannesburg. After a few minutes they decide on an order of paneer tikka masala.

Sense of peace
Mahadeo has two cellphones, one of which is a BlackBerry that she often uses to snap photographs of her food to post on Facebook.

In Amrta a devotional poster has been stuck over an old mural of a Vespa, and the pizza oven is dark and cold. It is a very restful and quiet space, save for the traditional music coming from a small CD player. You will also not be served any meat, which, according to Mahadeo, “is very toxic”, or garlic or onion, which “aggravates the senses”.

The hungry man from Durban is on his way over and she places a steel saucepan on a small gas ring on the counter next to the pizza oven. She spoons in some ghee and then opens her circular spice tin and quickly adds a few cloves, small teaspoons of cinnamon, chilli, turmeric, black pepper, cardamom and masala.

Next is a teaspoon of dried methi (fenugreek) followed by a plate of grated tomato. The mixture begins to bubble and Mahadeo starts slicing a firm slab of paneer into the sauce. This is allowed to cook for a few minutes and then she pours in a healthy glug of fresh cream. She will also add a bit of butter, which will make it even richer.

Mahadeo believes that food prepared with love and devotion — “good consciousness” — tastes better than a meal prepared mindlessly or in haste.

Food also tastes better when it has been freshly prepared, which puts paid to the old saying that a curry tastes better the next day.