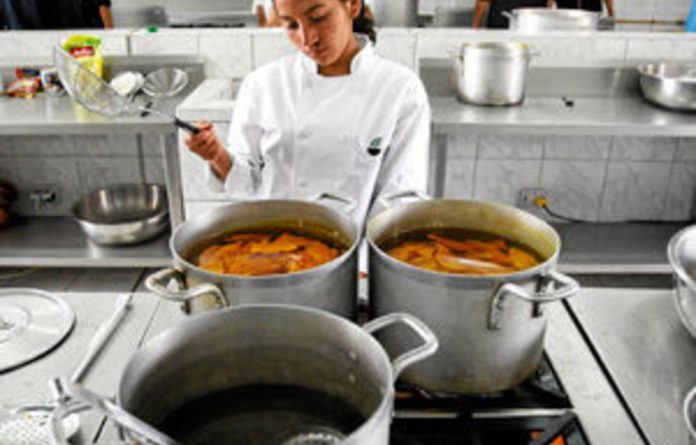 The idea of going out for a Peruvian may not have caught on much yet. But the South American nation is enjoying a gastronomic boom that is putting it on the A-list of global cuisine.

At the forefront is Gaston Acurio, a ubiquitous figure in the Peruvian media who has turned cooking into a national obsession.

“Through our cooking we have rediscovered our identity and from there we’ve made a new cry of freedom. That’s why it means so much to us,” he says. “Peru had got used to the idea that it would always be one step behind history, then suddenly we woke up to our food — something uniquely Peruvian with its own words, flavours and products. It’s something that has bred tolerance in our historically conflictive country.”

The son of a Peruvian senator, Acurio trained at Le Cordon Bleu in Paris. But he is convinced that aspiring chefs no longer need to leave the country. “In my home we were always taught to give back, to recognise we were the lucky ones, so if I can have a cooking school in the poorest area in Lima so that those who don’t have opportunities can have them, I’m simply fulfilling my duty.”

Setting up shop
Acurio has set up his school in Pachacutec, a sprawling shantytown on a fog-covered hill 50km north of Lima. Only 40 out of 500 applicants qualify for the two-year course. A few come from Pachacutec, such as Dalia Godoy, the 21-year-old daughter of migrants from Huancavelica, Peru’s poorest province. She says Acurio’s school has changed her life. She will go on to do work experience in one of his six restaurant chains and hopes to open her own.

Pachacutec has improved since she moved there with her family a decade ago, she says. Now there are paved roads and electricity, and next year Godoy hopes the wooden home she shares with her parents and four siblings will have running water and a sewerage system.

The Pachacutec cooking school is just one part of a global franchise. With restaurants in Madrid, San Francisco and all over Latin America, Acurio could well be the continent’s most successful chef.

His company, La Macha, has 30 restaurants in 12 countries and expects to turn a profit of $55-million by the end of the year. It is a long way from his original “big dream” of opening a restaurant with his German wife, Astrid Gutsche, when they returned to Peru in 1994.

Coming together
“I never would have imagined it,” he says, perhaps surprised at the momentum behind the “gastro boom”, of which he is the de facto leader.

Peru has just held its enormous annual food festival, Mistura, which had close to 400?000 visitors this year — seven times as many as three years ago. It showcases everything including street vendors selling anticuchos (beef heart kebabs), Peruvianised Chinese food, known as chifa, exotic Amazon fruits such as camu camu and aguaje, as well as gourmet chocolate and coffee.

Despite his wealthy origins, Acurio is popular across Peru’s deep socio-economic divide — so much so that he has been forced to deny rumours that he would run for president. The enthusiasm for food shared by Peruvians from all walks of life is evident at Mistura. “What’s lovely is when you pass through that door, class distinctions vanish,” says Acurio. —