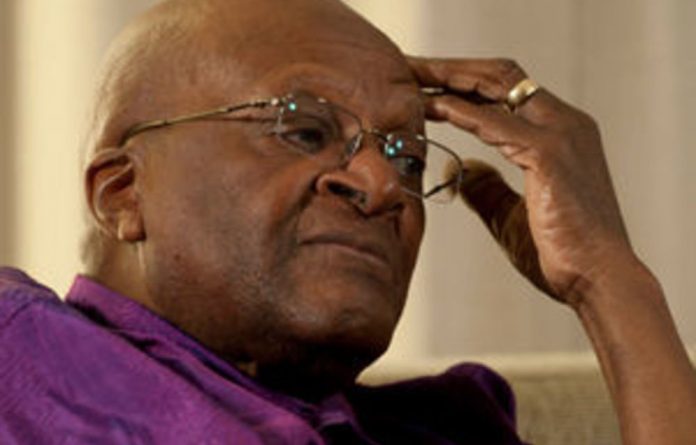 Archbishop Desmond Tutu is still hoping to have his friend and fellow Nobel peace laureate, the Dalai Lama, at his 80th birthday celebrations in October. But he has few illusions.

“I think my birthday gift is going to be: no Dalai Lama,” Tutu guffawed, during a rare interview this week.

“It’s unlikely that they’ll give him a visa. If they were going to, they would have done so already. I think they’re going to hold on so there’s little time for people to get nasty against the government. It’s sad.”

Word from the Arch

In an interview with the M&G, Archbishop Desmond Tutu talks about the Dalai Lama’s visit, the Protection of Information Bill and what makes him happy.

The Dalai Lama, the Tibetan spiritual leader who went into exile in 1959 after an uprising against Chinese rule, has been asked to deliver the inaugural Desmond Tutu International Peace lecture during the three-day celebration of Tutu’s October 7 birthday in Cape Town.

Last week, Tutu met the Dalai Lama in New York. “We had a wonderful video link with Aung San Suu Kyi (Burmese opposition leader and fellow Nobel peace laureate) and we were able to have a lovely discussion with her,” he said.

“My family said, ‘Just wait until you get home’, because they said I was flirting with her,” he quipped. “I said to her, ‘I love you’, and they say I was smitten. My daughter saw the thing on YouTube and she said, ‘Just you wait.'”

Attempts to secure a visa for the Dalai Lama began in June. But it appears increasingly likely that there will be a repeat of 2009, when organisers of a peace conference claimed he was denied a visa to attend the event in South Africa as the authorities feared jeopardising ties with China, a key trade partner.

However, the spokesperson for the department of international relations and co-operation, Clayson Monyela, denied that the Dalai Lama was refused a visa two years ago, insisting proper procedure had not been followed.

Not a blue-eyed boy
This week, Monyela said that outstanding documents had been required for the Dalai Lama’s current visa application, including his original passport, but that all the necessary documents had now been submitted.

“The applicant will be informed about the outcome,” he said, “I cannot pre-empt a decision or speculate about when it will be made.”

Asked whether he could not use his influence to persuade the authorities to allow his friend to visit South Africa, Tutu said: “I am not their [the government’s] blue-eyed boy.”

Uncharacteristically hesitant, as if not wanting to spoil whatever chances the Dalai Lama might still have, he emphasised that many people wanted to see the Dalai Lama in South Africa.

“We’re still hoping against hope that he’ll be here,” Tutu said, with some anxiety in his voice, which was almost immediately drowned by a bellow of laughter. “He draws so many people and, I can tell you, I’m not jealous.”

On Tuesday this week, Tutu staged back-to-back interviews to promote Tutu: The Authorised Portrait by veteran journalist Allister Sparks and his youngest daughter Mpho Tutu, who is also an Anglican priest. Outspoken and with a healthy dose of Tutu humour, Mpho has just moved back to South Africa from the United States with her daughters and is waiting for her American husband to join her.

“I just reached a point where I knew I had to come home to be with my parents,” she said.

He may look a little frail, but the man who stood up to the apartheid government clearly still has passion for justice.

Asked what he thought of last week’s temporary withdrawal of the Protection of Information Bill, which, if passed, could put whistleblowers and journalists behind bars for up to 25 years, Tutu said the legislation was contrary to “all the things we struggled for”.

“We had hoped that we could establish a transparent, open dispensation, everything that the apartheid dispensation was not. We would have it as a positive thing, you know, accountable government, clean government, all the things that we imagined were going to fall into place as soon as the old was removed.

“But we were probably naive in imagining that human nature is always going to do the right thing.”

Sadness
The pain is visible on his face.

“I think all of us have the temptation to use our power for self-aggrandisement,” he said, adding that “everything that has happened is such a horrendous echo of what we thought we had removed”.

Tutu said many struggle activists imagined that, after 1994, they would be looking on as democracy burgeoned in different spheres and everything they had struggled for would be achieved.

“For myself, it’s just a sadness, you know. A sadness that we demonstrated in the truth commission process that there was a generosity of spirit which we seemed to have lost.”

He said the systematic renaming of streets and place names after struggle leaders in South Africa demonstrated this lack of generosity.

“Obviously, Madiba has done a great deal. But it must be an embarrassment for him to have a Nelson Mandela this, and Nelson Mandela that. We seem to have forgotten that there were people like Robert Sobukwe [the founder of the Pan Africanist Congress], Steve Biko [murdered founder of the Black Consciousness movement], and so many, many others,” he said.

“It would have been wonderful if we said: ‘Look if we are going to name names, let’s be as inclusive as we can be, not give the impression that the only group that produced democracy was the ANC. That is totally untrue’.

“We could have shown the world and named them after people like Helen Suzman to remind us that this is a woman who for many years was the only opposition. I think we seem to have lost this magnanimity.”

However, Tutu added that there were many things in contemporary South Africa that made him spectacularly happy.

“When I was Bishop of Johannesburg and the changes had not yet happened, I was jogging up Jan Smuts Avenue and a white guy said, ‘Go back to Soweto’,” he said, his laughter reverberating around the room. “This was a country where we had police peeping through windows and rushing to see who they could catch together. Now mixed couples walk about and it is people like me who take a second look: Is this really so? But, as far as I can make out, the sky is still firmly in place.”