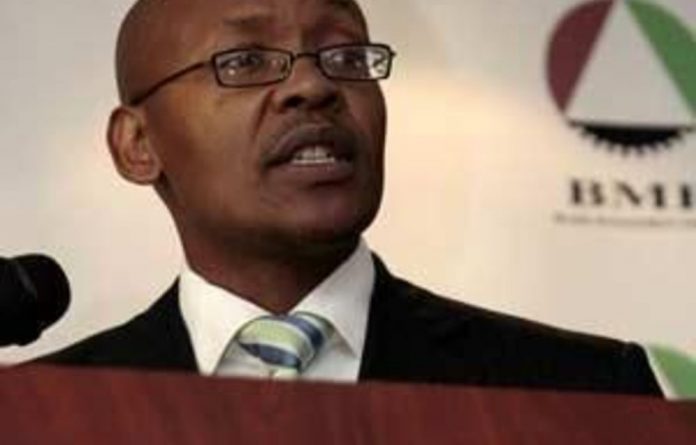 Black Management Forum (BMF) President Jimmy Manyi on Friday rejected the public protector’s ruling that there had been a conflict of interest when he served as director general of the Department of Labour.

“… I want to state that I do not accept the ruling of the public protector … and furthermore I contest the assertions in the media attributed to her that I did not comply with the Public Service Prescripts by the alleged non-disclosures,” Manyi said.

Manyi said this in a statement distributed among BMF members, of which Sapa obtained a copy.

On Wednesday, Public Protector Thuli Madonsela said her ruling did not apply to Manyi’s present position as head of government communications.

There was, however, “a perceived conflict of interest” and the potential for conflict in his new position needed to be carefully managed.

In the letter, Manyi said there were records to prove that he had disclosed his participation in the BMF on his curriculum vitae, as well as in the requisite government disclosure documents.

“During my tenure at the Department of Labour there has never been any item on any agenda of any meeting or any situation where a conflict situation arose that required my recusal, nor further declarations beyond what was already in the appropriate disclosure forms,” he said.

Manyi insisted that there was no evidence to corroborate allegations that he had tried to promote his own business interests during a diplomatic meeting with a Norwegian delegation.

Manyi was suspended from his post at the labour department after a complaint by Norwegian ambassador Tor Christian-Hilden.

‘Grossly unfair’
Madonsela had said that — according to information provided to her — Manyi had offered the delegation the opportunity to be trained by the BMF on black economic empowerment (BEE).

“In fact, to the contrary, director generals are required to be able to package all government policy in an integrated manner,” Manyi said.

Furthermore, the BMF did not allow office bearers to be paid for any service.

“To be smeared for a hypothetical situation of conflict and be required to have made a physical disclosure is simply impossible, unimplementable, grossly unfair and unconstitutional,” Manyi said.

It was the public protector’s role to safeguard the public and protect their constitutionally enshrined rights.

“Even if your name is Jimmy Manyi … you are not excluded from this protection,” he said. He did not understand why the matter had raised “national alarm”.

“It is unfortunate that this report … has [had the] unintended consequences of impugning not only my reputation and personal integrity but that of the government as well,” Manyi said.

Madonsela’s inquiry into Manyi arose from a complaint made by Paul Hoffman of the Institute for Accountability on May 25 last year. — Sapa

Do animals trump people at Darg?