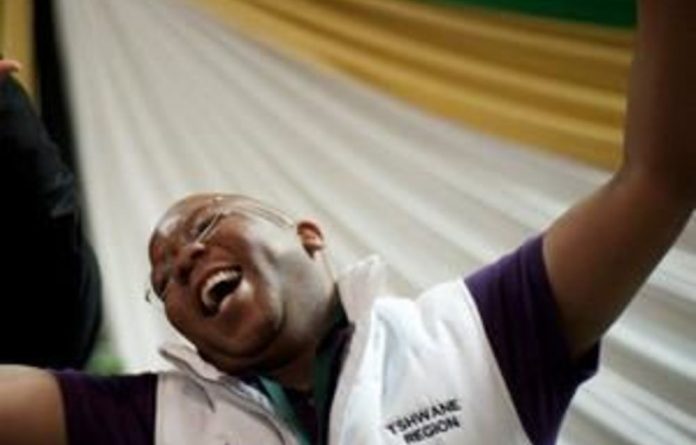 Tshwane’s re-elected African National Congress (ANC) chairperson has vowed to act on ill-disciplined members just hours after he reclaimed his position at this weekend’s elective conference held at St George Hotel in Midrand.

Kgosientso Ramokgopa, who also enjoys the post of Tshwane mayor, told delegates the previous leadership was weak in instilling discipline.

The conference, which elected Ramokgopa, was made up of 89 branches.

Ramokgopa appears to be facing an even tougher challenge as other disgruntled ANC members, said to represent 40 branches from the Tshwane region, held a separate conference at Justice College in Pretoria.

Mafika Mahlangu was elected as chairperson at this conference but the ANC has distanced itself from the meeting with ANC Gauteng spokesperson, Nat Kekana, denying knowledge about the conference or the people who attended it.

“They might have been Cope [Congress of the people] or IFP [Inkatha Freedom Party] members. We don’t know,” said Kekana.

However, Mahlangu argued they were a legitimate structure which was formed as a result of dissatisfaction of members after the party’s chaotic local government list process.

Controversy
The ANC had introduced a new process to allow branches and community members to take part in electing candidates to contest this year’s local government elections but it was marred by controversy countrywide as some members of the party claimed it was manipulated by certain regional and provincial leaders.

Mahlangu said they were blocked from participating in branch biennial general meetings (BBGMs) which nominated branch delegations to the St George Hotel conference.

“We went to the SG [ANC secretary-general Gwede Mantashe]. He said he would come to us in due course,” said Mahlangu, adding that they decided to hold a conference while waiting for Mantashe’s report.

In the lead up to the conference there were signs of factionalism in the region as different media reports surfaced and statements were released purporting that the conference was going to be postponed and the regional leadership disbanded.

The statements were attributed to the party’s youth league chairperson, Masket Mtshweni.

Mtshweni said, “The assault on ANC members in Hammanskraal and Mamelodi; the use of Tshwane metro police to harass and even prevent ANC members in good standing to attend branch biennial general meetings whilst the REC stands idly by and not acting against those implicated bear testimony to the REC’s factionalist tendencies and timidity.”

“His divisive, factionalistic and anti-ANC utterances, under the pretext that he advances unity in our organisation, seem to have earned him many cheerleaders outside the ANC who accord him extra-ordinary media prominence in their effort to project and legitimise their image of our movement.”

Mtshweni told the Mail & Guardian that the “parallel conference”, even though he didn’t attend it, was made up of the 40 branches who had objected to provincial and national structures.

Asked if he thought Ramokgopa was also referring to him when he said the region needed to instil more discipline, Mtshweni said he suspected so but was ready for whatever action the party might take.

He said issues of ill-discipline in Tshwane were just symptoms of a bigger problem that needed to be addressed.

Kekana could not say whether Mtshweni was going to face disciplinary action for his public statements but said he would have to answer for it.