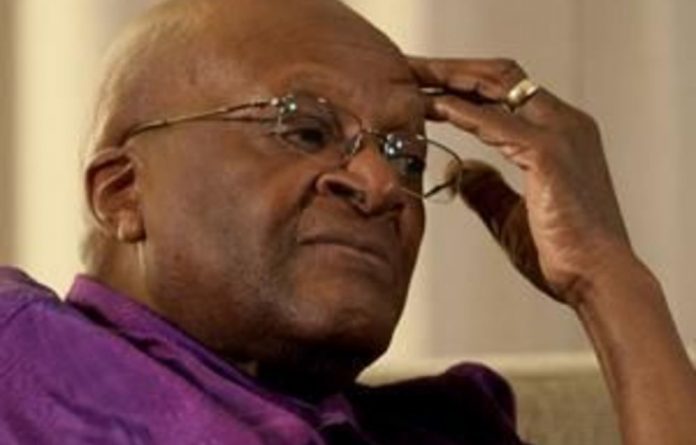 South Africa’s moral beacon Desmond Tutu turns 80 on Friday with celebrations overshadowed by his government’s dithering on whether to allow his close friend the Dalai Lama to visit.

Word from the Arch

In an interview with the M&G, Archbishop Desmond Tutu talks about the Dalai Lama’s visit, the Protection of Information Bill and what makes him happy.

Three days of birthday events are planned for the retired archbishop who is once again a prickly thorn for authorities, after decades of fighting apartheid’s racist rulers, by raising the spotlight on its fawning relationship with China.

“It has brought an unnecessary adverse attention to what should be a moment for celebration,” said Dumisa Ntsebeza, chairperson of the Desmond Tutu Peace Centre.

“Nothing short of the presence of the Dalai Lama to give his own message in South Africa on Tutu’s birthday is acceptable … It’s so unfortunate.”

The exiled Tibetan spiritual leader is invited to give the inaugural Desmond Tutu Peace Lecture on October 8 to wrap up the events to honour one of South Africa’s best-loved personalities.

South Africa says the visa is under consideration. Two years ago, the Dalai Lama was denied a visa, with Pretoria openly admitting that it feared angering China, now the country’s biggest trade partner.

“I think my birthday gift is going to be: no Dalai Lama,” Tutu guffawed, during a rare interview with the Mail & Guardian this week.

“It’s unlikely that they’ll give him a visa. If they were going to, they would have done so already. I think they’re going to hold on so there’s little time for people to get nasty against the government. It’s sad,” he said.

Last week, Tutu met the Dalai Lama in New York. “We had a wonderful video link with Aung San Suu Kyi [Burmese opposition leader and fellow Nobel peace laureate] and we were able to have a lovely discussion with her,” he said.

The celebrations will begin on Thursday with the launch of a glossy biography Tutu: The Authorised Portrait, co-authored by his youngest daughter Mpho, which outlines his life story with pictures and tributes from world dignitaries.

Guest list under wraps
The guest list for the week is being kept under wraps but Tutu counts among his friends and fans everyone from United States President Barack Obama to rock band U2 frontman Bono.

A public church service follows on his October 7 birthday at St Georges cathedral, where Tutu rallied for all-race democracy as Anglican archbishop of Cape Town, followed by a private picnic.

But the celebrations have been soured by the drama over the government’s dragging of its heels on announcing if it will allow in the Dalai Lama, who, like Tutu, is a Nobel Peace Prize winner.

“This is one of our sons who is celebrating his 80th birthday and near the end of his life and … his wish is only to have a friend of his who in our view has done nothing to hurt South Africa,” Ntsebeza told Agence France-Presse.

The uncertainty has also clouded planning for the event, but if the visa is denied organisers are considering allowing the Dalai Lama to speak via live video link, if he agrees.

Tutu felt the Dalai Lama was an apt choice to speak about Arab Spring and “addressing the power and the usefulness of peaceful measures of bringing about change”, he said.

After initially expressing hope that Pretoria would allow his entry, Tutu and his office moved to voice frustration and disappointment over the delays.

The Dalai Lama was welcomed by former president Nelson Mandela in 1996.

“We just cannot be seen to be bending at the knees when it is time for us to stand straight up and say to the Chinese ‘thank you very much, we are aware of your concerns but this time we are going to issue this visa’,” said Ntsebeza. – AFP