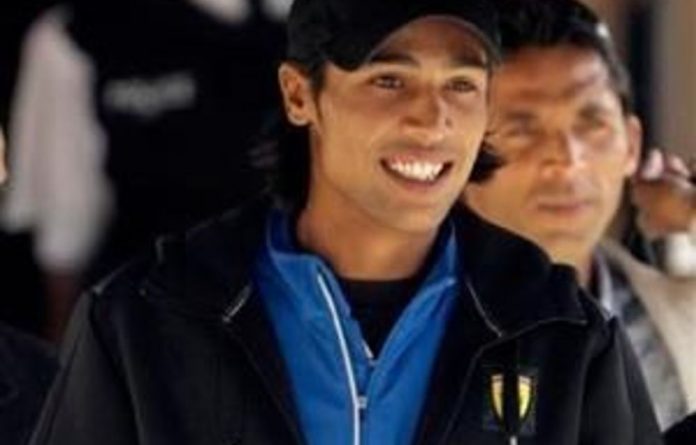 Three Pakistan Test players go on trial in London on Tuesday charged with spot-fixing during a match against England last year, allegations which rocked the world of cricket.

The players’ agent Mazhar Majeed will go on trial alongside them charged with the same offences, which carry maximum sentences of seven years and two years in prison respectively.

The charges relate to allegations of deliberately bowling no-balls during England’s fourth Test against Pakistan at Lord’s in London in August 2010.

The allegations were made by the Rupert Murdoch-owned News of the World tabloid, which was closed down in July this year when it became engulfed in the phone hacking scandal.

At the time of the alleged offences, Butt (26) was captain of Pakistan’s Test side and had won plaudits for his leadership.

Asif (28) was the team’s senior pace bowler, while teenage left-arm swing bowler Aamer (19) was regarded as one of the hottest properties in world cricket.

Majeed, from south London, is a sports agent with a history of working with Pakistan players.

Vulnerable sport
Detectives raided the Pakistan team hotel in London as part of their investigations following the News of the World story.

The cricketers were outside Britain when summons were issued and they returned voluntarily.

A separate and independent International Cricket Council anti-corruption tribunal, sitting in Doha in February, banned the three players for a minimum of five years each.

All three have filed appeals against their bans at the Court of Arbitration for Sport in Lausanne, Switzerland.

Prior knowledge of when no-balls will occur could be exploited in what is known as spot-betting, hugely popular in South Asia, whereby gamblers bet on various possible incidents in a match rather than the final outcome.

Cricket is potentially extremely vulnerable to spot-fixing. Betting can be planned around specific incidents without the need to manipulate the final result of the match.

The most infamous recent case of proven fixing in cricket came a decade ago when former South Africa captain Hansie Cronje was revealed to have accepted money from bookmakers in a bid to influence the course of games as well as trying to corrupt his teammates. — AFP