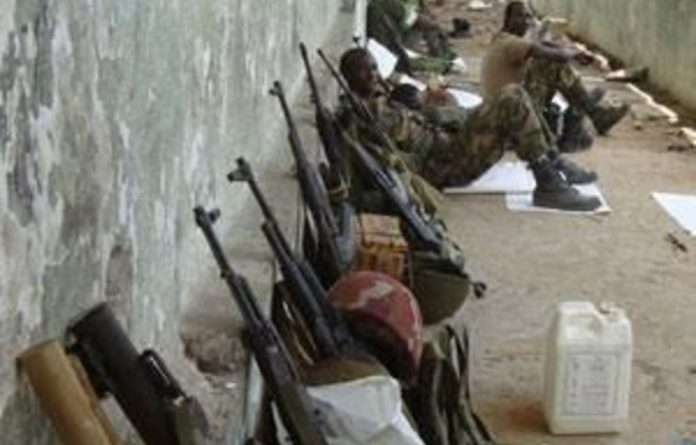 At least 50 people died Tuesday when a vehicle laden with explosives was detonated by a suicide bomber near government buildings in central Mogadishu, officials said.

A government official said African Union peacekeepers had arrived at the scene and were trying to restore order. Rescue workers were also on hand, extracting bodies from the rubble and offering medical care to the dozens of wounded.

The bomb went off in the Kilometre Four district. The Somali Cabinet was believed to have been meeting at a building in the area at the time of the explosion.

Sheikh Ali Mohamed Rage, a spokesperson for the Islamist militant group al-Shabaab, told the BBC that his group had carried out the attack.

AU peacekeepers and government forces routed al-Shabaab from Mogadishu in August. The group, which has links to al-Qaeda, still controls vast swaths of territory in the south and regularly launches attacks against military posts and militias allied with the government.

Last week the Islamists fought government forces in an effort to grab control over an area near the border with Kenya. After heavy fighting, they were repelled.

Somalia has been without a strong central government since 1991, when the country sank into civil war. Parts of the country are facing a devastating drought and famine. — Sapa-dpa

On the frontline: The junior doctor at Mogadishu’s Covid call centre