ANC pleads with Tutu to ‘calm down’, let the state explain 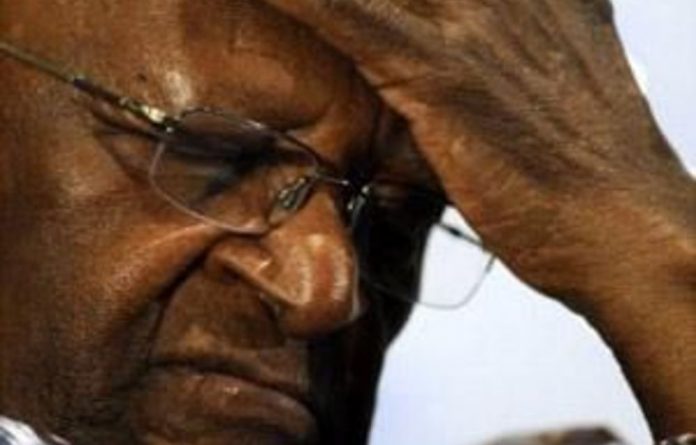 Archbishop Desmond Tutu’s attack on the ANC is unfortunate as he is saying things that he knows deep down are untrue, the ANC said on Tuesday.

“It is very unfortunate that, before even hearing government’s side, [Tutu] decided to attack the government and the ANC,” said party spokesperson Jackson Mthembu.

“In his anger he decided to be economical with the truth.”

Earlier on Tuesday, reacting to the government’s “failure” to grant Tibetan leader the Dalai Lama a visa to visit the country, Tutu said South Africans would pray for the downfall of the ANC.

“The archbishop should know deep in his heart that the ANC is doing its best, therefore very few in the religious community will pray for the demise of the ANC,” Mthembu responded.

Tutu further said the ANC had a large majority, but so had former Egyptian president Hosni Mubarak and former Libyan leader Muammar Gaddafi, both of whom were overthrown in popular uprisings.

However, Mthembu said it was incorrect to equate the ANC government to the “repressive and divisive” apartheid regime — which had never cared for the majority of the people of South Africa, Africans in particular.

“They are not the same and to say ANC has gone worse … the bishop knows it well deep down his heart, mind and soul that that’s a total untruth.”

Arab Spring comparisons ‘misplaced’
Mthembu added: “As a result of the ANC reputation, record on human rights, democratic principles and South Africa’s progressive Constitution, South Africa is today recognised by international organisations, such as the United Nations and the African Union as a critical role player in international peace and as a protector of human rights.

“As such, the archbishop’s comparison of the ANC and its government to the apartheid government, to the ousted former Egyptian president, Hosni Mubarak, and to the former president of Libya, Muammar Gaddafi, is very unfortunate and totally misplaced.”

Tutu also had strong words for President Jacob Zuma. He said he once listened to one of Zuma’s state of the nation speeches as the president paid tribute to everyone, apart from religious leaders, in bringing about democracy.

“I listened to this president paying tribute to all kinds of people who had helped bring about democracy in this country,” Tutu said.

“This president did not mention a single religious leader. Let the ANC know that they cannot airbrush us out,” Tutu said.

In response, Mthembu said the party had not downplayed the contribution by any interest group in South Africa, but had instead been embracive and consultative in its approach and character.

He said the party had always respected all South Africans including those in the churches, and other sectors such as labour, business, traditional and religious formation, for the role that they played in the struggle for liberation.

‘Angry and emotional’
“[Tutu] has said all those things because he is angry and he is emotional,” said Mthembu.

He pleaded for Tutu to “please calm down”.

“When angry, one is likely to make serious mistakes with utterances … We are not micromanaging government. The issue of the Dalai Lama was not even discussed in our structures.”

Mthembu called on the department of international relations to take South Africans into its confidence on the issue around the Dalai Lama, by revealing what transpired so that everyone could be on the same page.

“The South African government has not responded to his withdrawal of his application,” he said.

Jumping the gun
“We therefore request South Africans to hold their breath and calm down until we get a response from the government. It’s logical and makes common sense that we don’t jump the gun.”

He called upon South Africans to stay calm, including Tutu, and afford the government an opportunity to take everyone into its confidence around the issue leading to the withdrawal of the Tibetan leader’s visa application.

“We are appealing to the archbishop to calm down and work together with the ANC and its government, first, on the Dalai Lama issue.