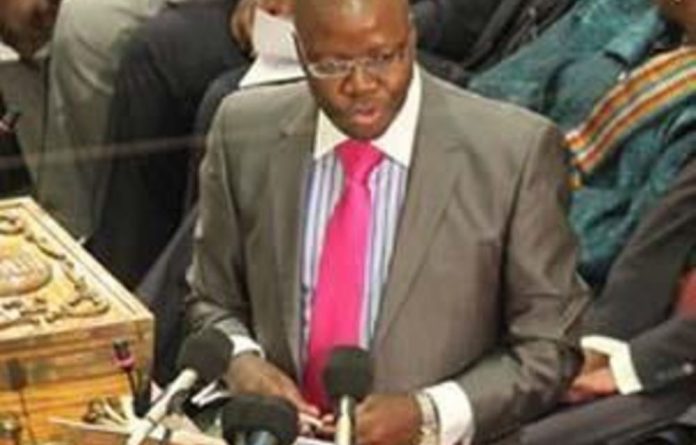 Zimbabwe’s economy is projected to grow by up to 9% next year, driven by stronger farm output and mine exports, Finance Minister Tendai Biti said Wednesday.

“Agriculture and mining will remain the major contributors to overall growth, with other sectors such as tourism, manufacturing, transport and communication also increasing their share.”

The 2012 budget includes funding for a constitutional referendum and elections but the lion’s share — $2.1-billion — will cover wages, he said.

Food imports are seen dropping by nearly one third, he said, a sharp improvement for a country that has struggled to feed its population for the last decade.

The current account deficit — the shortfall between exports and imports plus some capital transfers — is projected to improve from $1.6-billion in 2011 to $1.2-billion in 2012.

But Biti said the government must focus more on its top priorities, pointing out that $80 million is needed to rehabilitate power plants while the government has spent $40-million on foreign travel so far this year.

Biti belongs to Prime Minister Morgan Tsvangirai’s Movement for Democratic Change, which for the last two years has shared power with long-ruling President Robert Mugabe in a fragile unity government.

The government has halted the country’s economic freefall, largely by abandoning the local currency that was left worthless after years of hyper-inflation.

But Zimbabwe is still struggling to attract foreign investment and create jobs, with many investors keeping a wary eye on elections expected next year. — Sapa-AFP