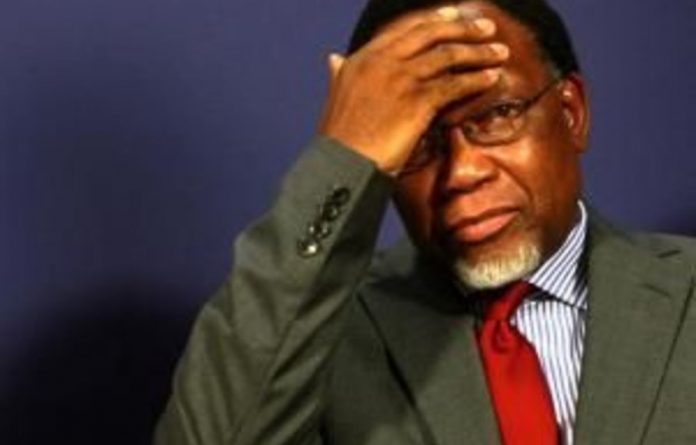 Deputy President Kgalema Motlanthe must rectify the injustice around the Dalai Lama visa debacle and ensure that he is granted a visa, says the Desmond Tutu Peace Centre.

But the deputy president’s office says it’s not within his power to grant visas.

“We feel a grave injustice has been done in the manner in which the matter has been handled,” said the centre’s Dumisa Ntsebeza, in an open letter to Motlanthe .

“We appeal to you to rectify the injustice and ensure that his holiness is granted a visa by [Thursday[ morning.”

But the deputy president could not get involved with the issuing of visas, his spokesperson said on Thursday morning.

“It is unlikely that he [Motlanthe] has seen the letter yet … when he gets to the office I’m sure he will refer it to the department that deals with visas,” Thabo Masebe said.

“The deputy president cannot get involved with visas.”

Masebe said Motlanthe would probably refer the letter to the departments of home affairs and international relations, and they would continue with the process.

Newspaper reports quoted Motlanthe on Wednesday saying the government was planning to grant the Dalai Lama a visa.

The Star newspaper said it had asked Motlanthe if the government would have granted the Tibetan spiritual leader a visa if he had not cancelled his trip to attend Archbishop Emeritus Desmond Tutu’s 80th birthday celebrations at the weekend.

Motlanthe replied, according to the Star: “Of course, he has been here before. I don’t see why it should be an issue at all.”

Motlanthe, who recently concluded a trip to China, denied that there had been pressure from Beijing not to grant the Dalai Lama the visa.

It is widely believed the government had buckled under pressure from China — its biggest trading partner — which deems the Tibetan spiritual leader a separatist and discourages foreign leaders from hosting him.

In light of Motlanthe’s comments, Ntsebeza said the foundation had requested the Dalai Lama to consider travelling to South Africa after all.

“We requested the office of Tibet in Pretoria [on Wednesday] to communicate with him to convey our apologies and embarrassment for the disrespect shown, and to ask if he would consider travelling tomorrow or Friday — even if it means arriving too late.”

The Dalai Lama was due to deliver the inaugural Desmond Tutu International Peace Lecture at the University of the Western cape on Saturday. He also had engagements in KwaZulu-Natal and Gauteng.

All of this was contingent on the visa being granted by the South African High Commission in New Delhi, said Ntsebeza.

In the letter, Ntsebeza pleaded with Motlanthe to announce unequivocally to the nation that a visa would be granted immediately.

He said the apparent dithering over his visa application showed tremendous disrespect to two of the world’s greatest spiritual leaders. — Sapa