Amanda Knox was jailed to ‘save face’ 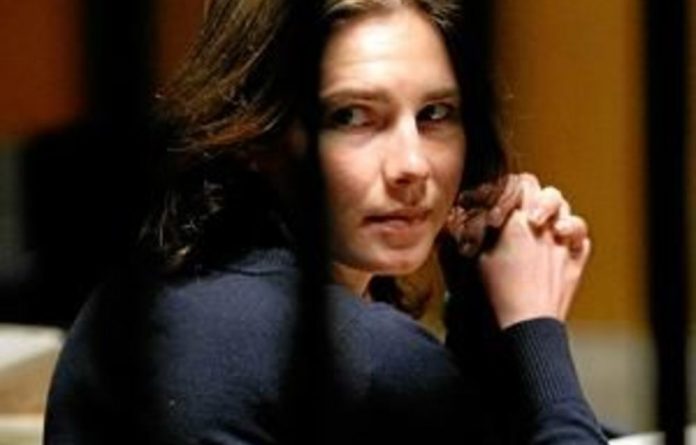 The overturning of the murder convictions of Amanda Knox and Raffaele Sollecito for the murder of British exchange student Meredith Kercher came as no surprise. The appeals trial showed that virtually all the crucial evidence used in the original trial to convict Knox and Sollecito was faulty, erroneous, worthless or manipulated.

Acquittal was the only possible, rational verdict. Knox got out of Italy as fast as her family and friends could get her away. While the prosecutors may formally appeal to the Italian supreme court, the case is essentially over and Knox will never be extradited back to Italy from the United States.

But big questions remain. How could two innocent people be convicted of such a heinous crime, backed up by a 400-page opinion, spend four years in prison and then have their convictions so resoundingly overturned?

The answer lies in the Italian concept of face, la faccia, the deep and pervasive power of which most AngloSaxons who have not lived in a Mediterranean country have a hard time appreciating.

The story begins almost a decade ago, long before Meredith Kercher’s murder, when the pubblico ministero (public prosecutor) of Perugia, Giuliano Mignini, opened an investigation into the mysterious death of a doctor whose body was found floating in Lake Trasimeno in 1985.

The Monster shot and mutilated young lovers in the hills of Florence between 1974 and 1985. He was Italy’s Jack the Ripper and the case of the Monster had become one of the longest and most expensive criminal investigations in Italian history. It has never been solved.

Mignini theorised that this satanic cult consisted of powerful people — noblemen, pharmacists, journalists and freemasons — who ordered the Monster killings because they needed female body parts to use as the blasphemous wafer in their black masses. Putting himself in charge of the investigation, Mignini became so obsessed that he crossed the line of legality, wiretapping journalists and conducting illegal investigations of newspapers.

He was indicted for these and other crimes, including abuso d’ufficio (abuse of office) in 2006. One prosecutor said he was a man ­”prey to a kind of delirium”.

Then, in 2007, came the murder of Meredith Kercher. Mignini took up the case with a vengeance. He and the entire Perugian power establishment, which approved various stages in the investigation and subsequent arrests, rushed to judgment. Believing that Knox’s behaviour after the killing was less than normal, they hauled her in for a gruelling and possibly abusive 14-hour interrogation and extracted a compromising statement from her. That was enough.

They held a press conference at which the chief of police of Perugia announced that they had identified the killers: Knox, her boyfriend Sollecito, and a third individual, Patrick Lumumba. Caso chiuso, they said. Case closed.

The fourth person
The next week the crime scene was analysed. Much of the evidence, no doubt to the great surprise and dismay of the police and Mignini, pointed to an unknown fourth person. His bloody handprints and DNA were everywhere on the crime scene, as well as on the victim, who had been sexually assaulted.

The suspect was quickly identified as a drifter and small-time crook named Rudy Guede, who had fled to Germany the day after the murder. He was picked up and brought back.

The evidence against him was overwhelming and he admitted he was present when Kercher was attacked; he confessed that he left her dying and fled, fearing he would be blamed.

He claimed someone else had done it while he was in the bathroom, listening to his iPod, his ears plugged, unable to hear her screams.

At this point, in any rational investigation, Knox and Sollecito would have been released. But Mignini’s career — and the reputation of the police force and judiciary — hung in the balance.

To admit such a colossal mistake would humiliate them in front of the entire world. It would be a massive loss of face. This was especially acute for Mignini, who was already under indictment in the Monster case. He would later be convicted of abuse of office and jailed for 16 months.

Furthermore, Guede had been involved in a string of crimes, for which he had never been prosecuted by the Perugian police. An enduring mystery is why Guede was repeatedly released after committing serious crimes, such as breaking and entering while in possession of a knife. If it turned out Guede had murdered Kercher alone, hard questions would be asked of the Perugian police and prosecutors about why they had repeatedly released him.

For a year Knox and Sollecito were kept in preventive detention — Italy has no bail system — while Mignini, the police and various forensic experts built the case against them. Crucial evidence that could have exonerated them was lost or mishandled. Salacious, false and misleading details were leaked to the press, poisoning the atmosphere against Knox and Sollecito. This led to the not-surprising convictions.

‘Modified on appeal’
At the appeal most of the evidence and witnesses were re-examined. The appeals process in Italy is generally considered to be much fairer than trials of the first degree and people are not generally considered convicted until a conviction is confirmed on appeal. This is why Mignini, even after his conviction for abuse of office, was able to continue prosecuting the case.

About 50% of all criminal convictions in Italy are reversed or greatly modified on appeal. Knox and Sollecito join the four-million Italians since the war who have seen their lives ruined by false criminal charges, only to be proclaimed innocent after many years of agony and imprisonment.

Italians are well aware that their judicial system is dysfunctional.

Silvio Berlusconi is absolutely right when he says the judiciary needs fundamental reform.

The Italian justice system often seems more concerned with preserving the honour and reputations of powerful individuals than with finding the truth. This, in a nutshell, explains why Knox and Sollecito were not released. It was all about honour, reputation and the saving of face. — Guardian News & Media 2011

Douglas Preston is the co-author of The Monster of Florence, a non-fiction book chronicling the case of an Italian serial killer. He criticised Mignini in his book, and has since done so in print, and last month Mignini accused Preston of masterminding a US press campaign against him

Amanda Knox has vowed to fight her second conviction for the murder of British student Meredith Kercher in Italy.
Read more
World

A judge has accepted a request to run DNA tests on a weapon alleged to have been used to kill British exchange student Meredith Kercher.
Read more
World

Amanda Knox: What’s in a face?

Amanda Knox was convicted of murder and her reputation sullied around the world, in large part because of her facial expressions and demeanour.
Read more
National

Amanda Knox has returned home to Seattle, one day after an Italian court cleared the 24-year-old college student of murder and freed her from prison.
Read more
World

US student Amanda Knox has been acquitted of murder and sexual assault by an Italian court -- putting an end to her four-year legal battle.
Read more
Advertising
Continue to the category
Politics