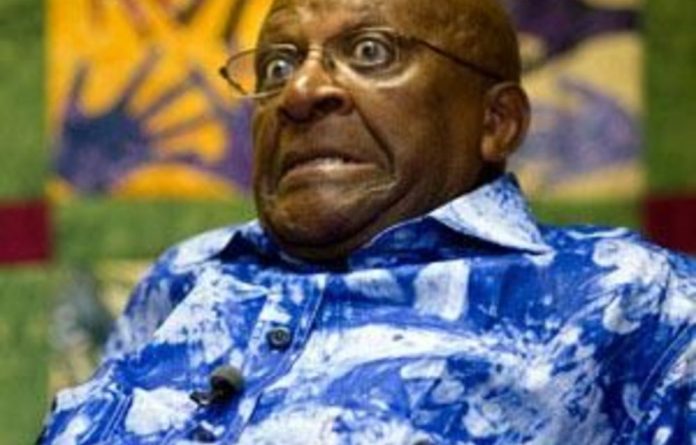 Archbishop Emeritus Desmond Tutu, who turned 80 on Friday, has been awarded the Nobel peace prize, led South Africa’s Truth and Reconciliation Commission and even donated DNA to the Human Genome Project.

But as with any leader, he has earned himself his fair share of critics along the way.

Here’s to many more!

The Archbishop Emeritus Desmond Tutu turns 80 on Saturday. Amid all the Dalai Lama drama, the M&G, reflects on some of the memorable moments in the Arch’s life.

The ANC government, for example, has often found itself squirming under the glare of his criticism — President Jacob Zuma’s administration, currently the subject of Tutu’s wrath for delaying the issuing of an entry visa to the Dalai Lam until it was too late for the Tibetan spiritual leader to attend the cleric’s birthday celebrations, is not the first: Run-ins with Zuma’s predecessor, former president Thabo Mbeki, were not unknown.

And on Wednesday, Minister of Human Settlements Tokyo Sexwale pleaded with Tutu on Talk Radio 702: “I want to ask you, please don’t pray against our government.”

Earlier that day, Tutu had told reporters in Cape Town that he would pray for the downfall of the ANC after the Dalai Lama cancelled his trip to Tutu’s birthday party because of the visa debacle.

National police commissioner General Bheki Cele has been a little less diplomatic, saying of Tutu, on more than one occasion: “He is not a vice-Jesus”.

“Tutu must go home and shut up. He must remember one thing: He must follow Jesus and Jesus advises all of us. He is not a vice-Jesus Christ, he is not a deputy Jesus Christ,” said Cele in July.

‘You are making a terrible mistake’
Tutu has also upset many in the local and international Jewish community with his calls to boycott Israel, and likening Israel’s treatment of Palestinians to the way white people treated black people during Apartheid.

He has led calls for disinvestment in Israel and last October encouraged the Cape Town Opera company not to perform there. He argued that they should stay away until such time as Palestinians living in the West Bank could attend the same performances as Israelis.

The opera group did not heed his calls.

South African Jewish Board of Deputies member and chairperson of the South African Zionist Federation Avrom Krengel told the Mail & Guardian that Israel was “deeply disappointed with Tutu’s role in trying to isolate Israel instead of using his unique abilities of bringing people together. The campaign for disinvestment is a terrible missed opportunity,” added Krengel.

“Both parties have to be brought to the table to learn to live together. But Krengel added of Tutu: “We have nothing but the highest admiration for his role in South Africa and the struggle.”

Chief Rabbi Warren Goldstein wrote an open letter to Tutu in November 2010 with what he said was a “heavy heart” and critiqued his comparison on Israel to apartheid.

“Archbishop, I believe you are making a terrible mistake. The truth, archbishop, is that Israel is simply not an apartheid state. Israel has no Population Registration Act, no Group Areas Act, no Mixed Marriages and Immorality Act, no Separate Representation of Voters Act, no Separate Amenities Act, no pass laws or any of the myriad apartheid laws.”

And then there was the white tax
Tutu was recently lambasted when he suggested in August this year that white people who benefitted from apartheid pay a special tax.

The Freedom Front called the comments “thoughtless and racist”.

“Why would he say this when white people already bear the brunt of most taxation in South Africa?” she wrote.

They called his comparisons of Israel to apartheid “anti-Semitic” and accused Tutu of bigotry.

Harvard Law professor Alan Dershowitz found the petition online and wrote in an article called Bishop Tutu Is No Saint When it Comes To Jews that “when it comes to Jews, he is an unrepentant sinner”.

But in this case, Goldstein and the head South African Zionist Federation Avrom Krengel defended Tutu’s role as patron.

A petition calling for Tutu to stay on in his position was quickly circulated and signed by prominent people including former chief justice Arthur Chaskalson and singer Annie Lennox.

The counter-petition, which earned more than 5 000, signatures praised Tutu as someone who “represents the finest tradition of resistance to all forms of oppression. To call him an anti-Semite because he has attacked the policies of the Israeli government, is outrageous.”

Rebecca Elfasi, a signatory from the United Kingdom, wrote: “He is one of the greatest human beings of all time.”