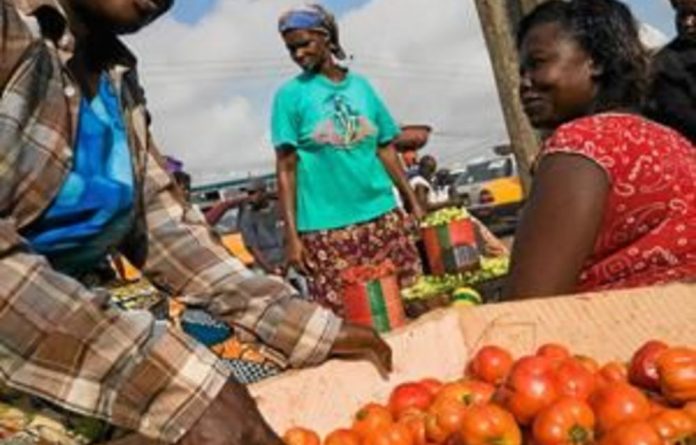 For the past 10 years, an invited group of academics, economists, policymakers and businesspeople have met annually in the Kalahari to contemplate the shape and future of Africa.

Hosted by the Oppenheimer family on their 110 000 hectare wildlife reserve at Tswalu, north of Kuruman in the Northern Cape, the weekend is for debate as bright minds bring their expertise and experience to the which and why of economic models that work.

Among the guests this year were a prime minister, a former chief economist of a major Asian economy, economists and policymakers from Central America, development academics from leading universities, an ambassador to South Africa, and senior South African government officials. There were also entrepreneurs from Southern Africa, one journalist and experts from a host of other African countries, including Zambia, Malawi, Rwanda, Nigeria, Kenya, Ghana, Tanzania, the Democratic Republic of the Congo, Mozambique and Swaziland.

Chatham House rules applied, meaning the discussion was for reporting but, in the interest of the free flow of ideas, not for attribution.

You might expect that, with so many interests represented, there might have been the odd sharp exchange but for the most part — perhaps because of the rolling dunes of the Kalahari — there was little that had an edge to it.

I positioned myself so that I could see the water hole in front of the lodge to view the sable and roan antelope, kudu, wildebeest and nyala while absorbing the discussion indoors.

The Tswalu Dialogues, as the event is known, is the work of Greg Mills, director of the Oppenheimer-funded Brenthurst Foundation.

Mills set the overall topic for discussion as “What are the vast numbers of young people in our cities going to do?” Put another way, does the bulging youth demographic across Africa represent a potential urban dividend or a nightmare?

Africa is a better place now than 10 years ago when these dialogues started. The conversation then was about HIV and donors; now it is about growth and jobs. There was a bit of toing and froing on this point: What is the exact relationship between the two sets of issues, and what impact do skills have on them?

Growth
As democracy has spread, conditions for growth have been created, but growth should be seen as a necessary — not a sufficient — condition for development. A mythical country, Zangola, where oil revenue finds its way into the pockets of leaders, was cited as an example of an undesirable outcome.

I hoped to hear more about Ghana, which is the world’s fastest-growing economy at 13.4%, but there are concerns over equity and uneven growth.

It was argued that unequal societies growing more slowly than equal ones. South Africa has the greatest levels of inequality, as measured by the Gini coefficient of 130 countries that report this data to the World Bank.

“Brazil has had less growth, but an improving Gini,” said one participant.

One speaker set out five basic pro-growth truths. These are that macroeconomic stability is a given; quality (read inclusive) growth matters; integration with both the rest of the continent and the world matters; infrastructural development is crucial; and institutions matter.

For this speaker, the state has to play the role of being a countervailing force that stands behind the poor against “big business and labour [that] cut a deal and exclude the poor”.

A number of speakers pointed out the rigidities in the South African labour market, such as the industrial council system that sets wages for both parties and non-parties and destroys through insufficient flexibility.

A related view is that jobs will only be created when it is easy to fire employees. When it is difficult to fire someone, employers are reluctant to hire.

A counterview was that these bargaining councils cover only 30% of workers, and employers had managed to shed one million workers since the start of the financial crisis in 2008, apparently without too much trouble.

What can we learn from India? The giant was in slumber mode for decades after independence, only recently moving into its high-growth mode. The Indian economy remains highly informal, with only 6% of its labour force in formal employment. But unemployment, also at 6%, is low.

One participant told me that she was surprised about the lack of conflict in the debates. The only exchange I witnessed in which voices raised a decibel or two was about South Africa’s yet to be born youth wage subsidy.

Perhaps the Kalahari, with its infinite sense of space, is not the place for sharp exchanges.

Someone spoke of parallel universes. The universe outside the window seemed an infinity away from the discussion inside.

Africa is undoubtedly in better shape now than 10 years ago, but we hardly began to address the question of how the continent would meet the needs of its burgeoning population.

The youth may have their own reality but, as we have seen recently in North Africa, parallel realities can collide with spectacular effect.

Richard Calland: A lifetime chance for a future we want

Can democracy be distance friendly?

“Overall it seems not only is Ramaphoria dead [it was never alive] but the long arc of reform potential is being lost in the discourse."
Read more
Business

Female bosses at the IMF, ECB and EU are putting climate at the heart of policymaking
Read more
Advertising
Continue to the category
Politics