BRT lauded as the solution 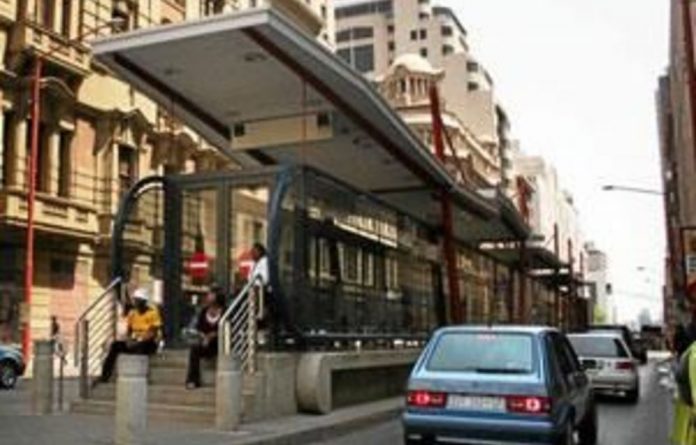 South Africa’s bus rapid transit (BRT) system has certainly had its share of struggles since its inception. An outcry from the taxi industry culminated in a shocking spate of shootings aimed at drivers and passengers in Johannesburg.

More recently, the city’s service, Rea Vaya, made headlines again with a two-month long strike over employee remuneration, which was finally resolved last week. The City of Johannesburg has recognised that this is the eighth “wildcat strike” by the same bus drivers since the commencement of the service.

But in Cape Town the MyCiTi service has enjoyed relative calm since it began operating last year. Brett Herron, Cape Town mayoral committee member for transport, roads and stormwater, said MyCiTi was extremely popular. “Other communities in Cape Town are now asking for the service to come to them as soon as possible. We have just celebrated the millionth passenger having used the system.” However, as the route expands Cape Town may face challenges similar to those of Johannesburg.

Persistent pioneers
Deputy Minister of Transport Jeremy Cronin said the two cities face very different realities, although both had their share of challenges during this huge transition. In both cities negotiations with existing operators posed the greatest challenge. The BRT in Johannesburg took over a taxi route whereas in Cape Town both taxis and buses already operated along the route. The approach in both cities was to take existing operators off the route, rather than allowing them to compete, and to include them as ­operational companies. “Johannesburg and Cape Town are early pioneers in a process that we know is going to be difficult,” Cronin said. But one large disparity is that Johannesburg, in its first BRT phase, has chosen a route that presents numerous challenges.

Johannesburg kicked off with the Soweto route, which had a strong minibus-taxi presence. Cape Town, on the other hand, chose the northwestern coastal route along which the taxi sector is less strong, but Cronin said more challenges lay ahead as MyCiTi moves into the southeast (Mitchells Plain and Khayelitsha). “I believe it will experience the same difficulties as Johannesburg.” Johannesburg’s mayoral committee member for transport, Rehana Moosajee, said resistance from the taxi industry was not a consideration when BRT was first looked at. She said the aim was to simply find the most appropriate corridors along which to implement the new transportation system and Soweto was a logical choice to begin with.

Moosajee said the City of Johannesburg decided to leverage off the 2010 World Cup with routes including stops at Ellis Park and Soccer City. “But, apart from that, I personally believe that it is anyway easier to get the difficult things done upfront,” she said. It wasn’t necessarily Rea Vaya versus the taxi industry but rather that the process saw the playing out of taxi industry politics, with the BRT caught in between. “The real question is what level of the taxi industry [national or regional] should we be speaking,” she said.

Chalk and cheese
The recent Rea Vaya strike, which left commuters stranded since August, also brought to light the differences in labour relations between Johannesburg and Cape Town. Reasons for the strike included matters relating to shift work and wages, compared with those of municipal drivers. Stuart Farrow, the Democratic Alliance (DA) spokesperson for transport, said income levels in Johannesburg and Cape Town were “chalk and cheese”, with the Capetonian bus drivers earning significantly less, yet MyCiTi employees did not join the strike.

Jackie Walters, professor at the University of Johannesburg’s department of transport and supply chain management, said that historically, municipal bus drivers had earned more than those in the private sector. Cape Town certainly would not experience the same problems as Johannesburg because the transport market in Cape Town was entirely privately owned so one could not compare remuneration with that of municipal bus services, Walters said.

Communication is key
Farrow believed one key cause for such disruptions was lack of communication within the BRT services. The Rea Vaya buses are owned and operated by Piotrans, a private company owned and operated by taxi operators whose businesses were affected by the implementation of Rea Vaya’s phase 1A. Former taxi owners received 66.7% of the shares in the company and the City of Johannesburg and other companies own the remaining 33.3%.

In Cape Town, Herron said, two bus companies and eight minibus taxi associations, the legal rights of which were to be directly affected by MyCiTi, were also given the opportunity to form companies that would operate the buses. Three companies, Transpeninsula, Kidrogen and Golden Arrow, had been formed and are running the three existing services. Farrow said the shareholding was worth at least the equivalent, if not more, for taxi drivers who operated the same routes as BRT. Inner-city taxi income levels are nowhere near what the shareholding offers, “or at least that is the attraction for drivers in Cape Town.”

It seemed the operators in Johannesburg simply did not understand equity and shareholding, Farrow said. “It’s all about shareholding, if the thing is successful, they will be successful.” But he agreed the project needed to be sustainable from the outset. “The difference is that Cape Town drivers are relatively satisfied as to how things are going and they have been communicated with a lot more.” Success, Farrow said, does not happen overnight. “But people must look at the bigger picture. I think in Cape Town that has been realised.”

Not a silver bullet
Realistic alternative modes of transport in South Africa are limited and a reliable system is desperately needed. Farrow said the BRT was a step in the right direction and had been lauded the world over as an effective transportation model for developing countries. “It has worked everywhere else. In Columbia it transformed the city from where people could literally not move and [were] parking on top of one another,” Farrow said. “The system also had its share of teething problems, but now runs well.” But Walters noted South Africa does not have the same degree of urban density as in South America and other countries.

Jo’burg operations are running at around 40?000 people a day, according to Rea Vaya, but this is low by international standards. People would warm to the BRT and begin to organise their day around it. “It is the way to go at the moment in the inner city,” Walters said. But Cronin said that although he agreed that among South Africa’s biggest transport issues were density and spoor, the BRT would not be the silver bullet to solve all problems. “We certainly must not over-focus on BRT”; it should be part of an integrated transport system.

Metrorail was recently pinpointed for investment and a turnaround. It has been underinvested since the 1970s, Cronin said, and it is old and inefficient. Despite all this, million people still make use of the rail each day. The BRT, however, offers a golden opportunity for transition. “Even with the challenges it has proved popular and it is economically sustainable,” Cronin said.

Moosajee said Johannesburg was not alone in experiencing problems in the implementation of the BRT. “Any effort in the world to move from informal to formal is met with challenges.” Johannesburg’s BRT kicked off two years ago and has borne the brunt of problems that other cities to follow will not have to deal with. Moosajee said the city was conscious that the way matters are handled are imperative, as it will have implications for other cities that choose to implement BRT.

A transformative approach to investment

The electrification of transport could transform our future