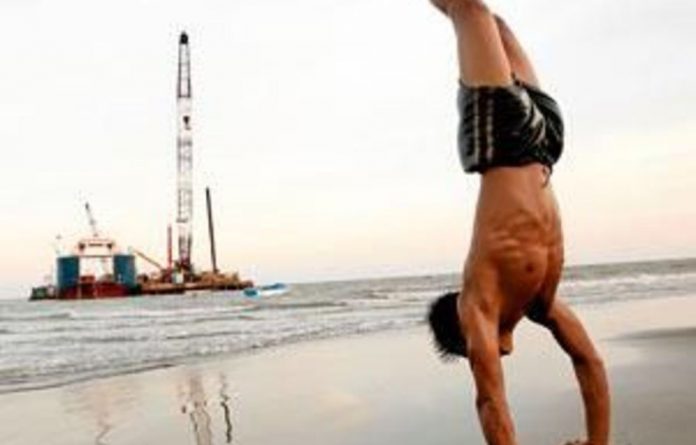 South Africa has handed an offshore petroleum exploration right to a company reportedly tied to the military junta that has ruled Burma brutally for nearly half a century.

The company, Silver Wave Energy, is pursuing other mineral concessions in South Africa, including access to petroleum deposits off the south coast and diamond and gold resources.

An opposing bid for the same concession was rejected during the same month that President Jacob Zuma received gifts, gems and artwork from Burma’s ambassador to South Africa at the time, Tin Oo Lwin.

Silver Wave is registered in Singapore, but the Mail & Guardian understands a Burmese man, Min Min Aung, owns it. An employee at the company’s office in Rangoon confirmed this.

Aung’s relationship with Burma’s generals is unclear, but it has been widely reported by campaigners and international media that Aung and his company are close to the junta.

Indeed, Silver Wave’s history of access to Burma’s large petroleum deposits makes it clear that it has a cosy relationship with the regime.

Favoured
The company was one of a handful favoured after the country began to relax its nationalisation policies in 2004. Before that, the state-owned Myanmar Oil and Gas Enterprise (Moge) was responsible for Burma’s exploration and production.

In 2006 and 2007, Silver Wave signed “production-sharing contracts” with Moge for two petroleum blocks there. In the first case it partnered with the Gas Authority of India to explore an area offshore of Burma.

At the time Silver Wave was reported to have been party to investment negotiations between Burma’s energy minister and officials from the Russian state of Kalmykia.

Three months later Silver Wave and Moge signed another production-sharing contract, this time in partnership with Kalmykia, to explore for petroleum in Burma’s Hukaung Valley.

Other significant beneficiaries of Burma’s petroleum resources include another Russian company and four Chinese companies, three of them state-owned.

Russia, China and South Africa have something else in common besides the Burmese petroleum relations — all three countries voted in 2007 to defeat a draft resolution before the United Nations Security Council calling for Burma to release political prisoners, respect human rights and embrace democracy.

Tugela Basin
The Petroleum Agency of South Africa (Pasa) awarded the exploration right to Silver Wave in May this year. The company will use sonar to explore for oil and gas deposits over an 8 000km2 area of the Tugela Basin, offshore of Durban and Richards Bay.

The company had applied for the concession as part of Pasa’s gazetted 2009 licence round. The only opposing bidder was Pandreco, based in the United Kingdom, which applied for a “technical co-operation permit” instead of an exploration right.

Pandreco’s bid was rejected in October 2009.

According to documents the M&G obtained using South African access to information legislation, the bid was rejected because an exploration right application trumped a technical co-operation permit “as it was provided in the bid document”.

Silver Wave then completed its environmental management programme, and this was accepted in a record of decision signed by Pasa chief executive Mthozami Xiphu in September 2010, paving the way for the award.

Speaking to the M&G, Silver Wave director Lee Kong Lin said: “We own a couple of oil concessions in Australia, Myanmar [Burma] and South Africa.”

They also owned a shipyard and a gold mine in Burma, he said.

However, an employee at the company’s Rangoon office, whose identity is known to the M&G, confirmed Min Min Aung “is the 100% owner”. He added: “We are going to get more blocks in South Africa.”

Xiphu denied any political influence in Silver Wave being awarded the exploration right and he said the agency had not been aware of the Burma link.

He confirmed that Silver Wave had “expressed interest in available acreage on our south coast. They are certainly interested in investing more in SA.”

In an email, apparently sent to the M&G in error, Lin asked eagerly for “excellent contacts” in South African diamond and gold operations, “other mineral resources” and “oil/gas concessions in Chad and other countries in Africa”.

He did not respond to questions about this.

Neither Zuma nor the embassy responded to queries.

In a video address to South Africans, pro-democracy activist and Nobel Laureate Aung San Suu Kyi has urged the country to support Burma in its struggle for democracy.

South Africans had a rare chance to meet Burma’s iconic Nobel laureate, Aung San Suu Kyi, on Monday this week — even though a shaky internet video link made conversation difficult.

Speaking from Rangoon, Suu Kyi told an audience of journalists, academics and activists at the University of Johannesburg that they should “keep an eye” on Burma’s new government.

With her trademark blend of grace and rigour she urged the South African government to take a stronger lead in condemning on-going human rights abuses in her country. She reminded her audience that there were still at least 1300 political prisoners in Burma, adding that in a “genuine democracy” even one activist behind bars was “one too many”.

Amnesty International’s 2011 report on Burma details horrifying conditions in the country’s prisons, where medical facilities are minimal. Not all Burma’s prisoners of conscience are “political”. Some are journalists, accused of reporting for “foreign” and exile media groups. Others are health and human rights workers. There is also Zaganar, the country’s most famous comedian, who was sentenced to a 35-year jail term for criticising the government’s handling of the Cyclone Nargis disaster in 2008.

Recent reports suggest that the country’s quasi-civilian government may be about to release some pro-democracy activists and journalists. But seasoned Burma-watchers are not optimistic.

Until her own release last November, Suu Kyi spent 15 of 22 years under house arrest.

But Suu Kyi’s mood on Monday evening was upbeat. She spoke of her love for South Africa, and how the country had been “an inspiration” during her long years of house arrest. She hoped to come and visit in person one day, she said.

That might not happen any time soon. The authorities have never tried to prevent her from leaving Burma, but the unspoken threat is that they would not allow her to return.

Members of the audience, some choking with emotion, described the event as “historic”. They included Suu Kyi’s cousin, Sein Win, who is based in the United States and is Burma’s prime minister in exile.

“She is in strong spirit,” he said.

On Tuesday, Sein Win accepted an honorary degree from the University of Johannesburg on behalf of his cousin.

“The people of Burma want peace. They want freedom. They want security. They want reconciliation. All these, you have taught us, we can achieve through courage and endeavour,” she said.