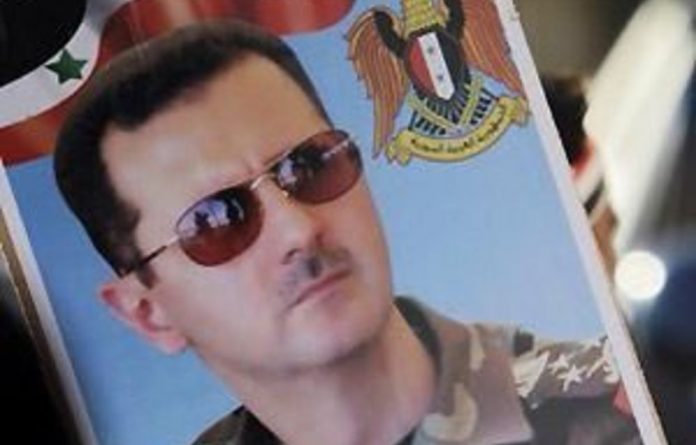 Lindiwe Zulu, President Jacob Zuma’s special adviser on foreign relations, has defended South Africa’s decision to abstain on a United Nations Security Council resolution on sanctions against Syria after it was criticised for being a “bystander” in the teeth of Syrian President Bashar al-Assad’s relentless military crackdown on civilian protest.

Commentators slammed South Africa for failing to support the resolution, saying its foreign policy was becoming more and more “inconsistent” and in conflict with its professed agenda of advancing international peace and security.

“We did the right thing. This is because of complications arising from global politics,” said Zulu. “We weighed our options. But this does not mean we condone what’s happening in Syria.”

In a statement issued on Thursday by the department of international relations, spokesperson Clayson Monyela also defended South Africa’s decision to abstain, saying that Pretoria was concerned that the sponsors of the resolution would opt for military intervention.

“In the resolution — South Africa was concerned about the sponsors’ intention to impose punitive measures which would have prejudged the implementation of the resolution. We believe that these were designed as a prelude to further actions,” said Monyela.

The statement added that “South Africa is deeply concerned about the deteriorating political and humanitarian situation in Syria. It is our hope that this situation will be resolved in a peaceful manner in accordance with the will of the Syrian people.”

“She raised our issues about the violent crackdown on civilians there and told them that what was happening was unacceptable,” she said.

Threats of sanctions
Zulu’s comments come days after European countries lambasted permanent Security Council members China and Russia for vetoing a UN Security Council resolution which threatened Syria with sanctions if it did not stop its attacks on civilians.

Nine members of the 15-nation council supported the resolution.

According to the United Nations, more than 2 700 Syrians have been killed since anti-government protests began six months ago, and thousands have been detained and tortured. According to Amnesty Inter­national, at least 95 people have died in custody.

But despite mounting international pressure, al-Assad has continued his violent crackdown on protesters. This week the Guardian reported that the Syrian government had been accused of torturing the relatives of Syrians protesting overseas in an attempt to silence international criticism of al-Assad’s regime.

Irate Western governments have hinted that they are considering referring Syrian officials to the International Criminal Court.

Meanwhile, France has said the European Union (EU) is preparing sanctions that would target Syria’s economic entities. This is expected to hit hard, as the EU buys 95% of Syria’s crude exports.

In an unprecedented gesture of solidarity with Syria’s protest movement, Western envoys joined a recent vigil for a prominent human rights activist, Giyath Matar, believed to have been killed under torture by security forces.

The coordinated attendance by the eight top diplomats, including the US ambassador Robert Ford and representatives from France, the UK, Germany, Canada, Japan, the Netherlands and the EU, was the most public show of international support for the protesters yet.

Zulu said South Africa had a track record “when it comes to solidarity with people who are struggling.”

Covid-19: Are we at a disadvantage compared to China and Singapore?

South Africans are economically stressed and will quickly find ways to circumvent restrictions. Without social mobilisation we won't be able to ensure the compliance that other countries have been able to enforce
Read more
Africa