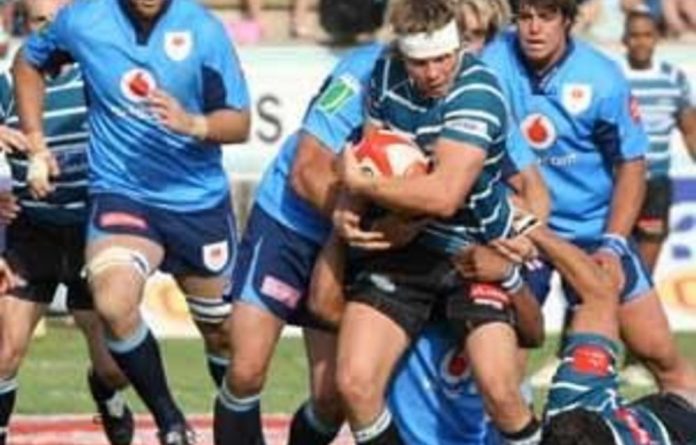 The Griquas pulled off a stunning 48-44 victory over the Blue Bulls in a thrilling Currie Cup match in Kimberley on Saturday.

Both teams were resolute in their goal of securing a bonus point victory over the other as they scored 12 tries between them.

Bulls pivot Louis Fouché struck the first blow for his side as he punched over a drop goal three minutes into the match.

Griquas replied three minutes later with a penalty goal from the boot of fullback Rudi Vogt to level the scores.

While both teams were conservative in the opening moments of the game, they soon opened up for a high-paced match in the sweltering conditions.

As both teams were chasing tries, the ball was spread from end-to-end, with the Bulls first finding a breach in the Griquas defences.

The ball changed direction three times before Gerhard van den Heever drew three defenders and offloaded to Bjorn Basson who was waiting on the wing to score with Fouché converting.

Both sides’ wings were used well during the match as they pierced the advantage line from the blindside at pace.

Exciting first half
First up was the Bulls’ Akona Ndungane who ran off centre Francois Venter’s shoulder to score, although Fouché failed to convert the try.

Griquas soon snuffed the notion of a runaway victory for the Bulls as Vogt burst over the try-line after a good pass from lock Hendrik Roodt, with the fullback converting.

The home side then took the lead for the first time in the clash as Man of the Match Rocco Jansen scored in the 25th minute, with Vogt converting.

The Bulls retrieved the lead once again, in a match during which the scores changed hands a number of times, when Basson scored his second try of the game.

Venter made the initial break, then pulled in the defence and offloaded to Basson who scored behind the posts, with Fouché converting to give the Bulls a five-point lead.

Three minutes later Vogt succeeded with a penalty goal to bring Griquas within two points of the visitors.

Griquas wing Dusty Noble ended an exciting first half as he darted through for his side’s third try.

Vogt converted to give the hosts a five-point lead going into the half-time break.

Broken spirit
The match continued with breathtaking tempo in the second half with Bulls scrumhalf Jano Vermaak scoring shortly after the restart.

Fouché converted the try and added another three points, thanks to a penalty conversion two minutes later, to give them a five-point lead.

Bulls flanker Jacques Potgieter was rewarded for his hard work as he forced his way over the tryline, with Fouché converting.

This, however, was the last time the Bulls enjoyed the lead as Griquas carved into their 12-point advantage.

Their reign of terror started at the three-quarter mark with Matthew Rosslee’s first of two tries.

His effort was followed by a converted try by Jansen to give Griquas a two-point lead with 16 minutes left in the match.

With 11 minutes remaining, Rosslee finally broke the Bulls’ spirit as he ran through for his side’s sixth try, with Vogt converting to take their lead to nine points.

Despite a few probing runs, the Bulls could not find their way over the tryline.

Potgieter managed to score a consolation try in the last minute of the match to secure two bonus points for the Bulls. — Sapa

Stop calling us ‘coloured’ and denying us our diverse African identities