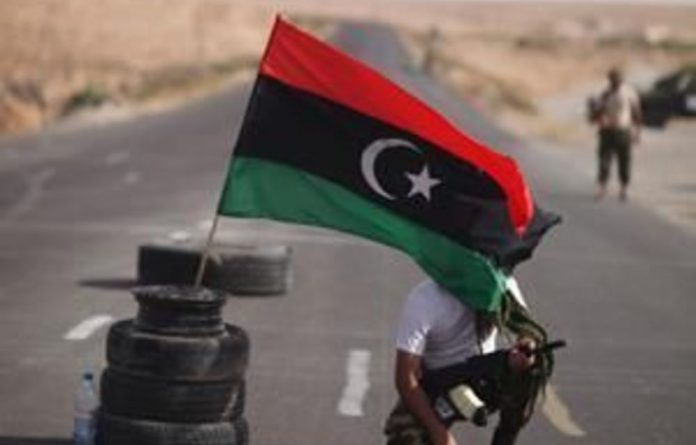 Fighters loyal to Libya’s interim government are battling for full control of Sirte, Muammar Gaddafi’s birthplace where the ousted despot’s diehards are holed up inside a conference centre.

A senior US defence official said, meanwhile, that Nato chiefs believe the fugitive former Libyan leader no longer commands his loyalists who are on the verge of defeat.

But after launching what they called a final assault on Sirte with a barrage of rocket and artillery fire, the National Transitional Council forces still faced stiff resistance late on Friday around the Ouagadougou conference centre.

“We are surrounding them in the centre of the city in an area of just a few square kilometres,” said NTC commander Nasser Abu Zian.

There were also particularly heavy clashes around and inside the university, near the city centre, and in the Mauritanian Quarter, said an Agence France-Presse (AFP) correspondent.

Following the ferocious dawn artillery and rocket barrage, hundreds of fighters tried to enter Sirte in pick-ups mounted with anti-aircraft and machineguns.

As they advanced into the city, the NTC fighters came under sustained mortar, machinegun and sniper fire but took a 700-home complex west of the centre, they said.

Plumes of black smoke could be seen billowing from several parts of the city as the Ouagadougou centre was constantly shelled by 106mm cannon and anti-aircraft guns.

NTC fighter Barak Abu Hajar told AFP he had been in action at the Ouagadougou centre and brought out a wounded comrade.

“They’re shooting from everywhere. RPGs [rocket-propelled grenades] and lots of bullets. We were told this was the final assault.”

Another NTC fighter Faisal Asker said: “We entered the Ouagadougou centre compound but fell back because of RPG and sniper fire. There’s no cover there.”

Nato warplanes flew overhead, but there were no reports of air strikes.

The Misrata Military Council said at least 12 fighters were killed and 193 wounded as an AFP correspondent reported that ambulances streamed in to a field hospital near Sirte every couple of minutes.

There were no immediate casualty figures from the eastern side of the Mediterranean city, 360km east of Tripoli.

‘Still some hot spots’
Late on Friday, the interim defence minister Jalal al-Digheily said the end of the conflict was near.

“We are very close to the end of the war and peace will be restored all over Libya,” he told reporters in Tripoli on the occasion of visits by his British and Italian counterparts Liam Fox and Ignazio La Russa.

“There are still some hot spots but they won’t resist very long,” he added of Sirte and Bani Walid, a desert oasis 170km south-east of the Libyan capital.

Sirte and Bani Walid are Gaddafi’s last major bastions against the NTC, which has ruled most of the oil-rich country since its forces overran Tripoli on August 23.

Gaddafi has since gone into hiding.

On Thursday night, the elusive former strongman called “on the Libyan people, men and women, to go out into the squares and the streets and in all the cities in their millions” to reject the NTC.

“I say to them, do not fear anyone. You are the people, you belong to this land,” he said in a scratchy audio message broadcast on Syria-based Arrai television.

However, a senior US defence official said that Nato chiefs believe Gaddafi no longer commands forces loyal to him and his supporters are on the verge of defeat in Sirte.

“He [Gaddafi] effectively doesn’t exercise command and control over militias loyal to him,” the official said on condition of anonymity.

An NTC commander outside Bani Walid told AFP on Friday a new mediation attempt was under way, but if it failed a fresh assault would be launched there.

Omar Fifao said a delegation had been sent to negotiate with tribes in Bani Walid, some of whose number are fighting alongside Gaddafi forces, “to avoid a bloodbath”.

“We have asked for a meeting so we can enter Bani Walid without fighting, but if no deal is reached we will have no option but to attack,” Fifao said.

On Thursday, Mussa Ali Yunes, commander of the Jado Brigade, said efforts were being made to convince the remaining 10% of the population still there to leave before the new assault is launched after a month-long siege.

Yunes said Gaddafi son “Seif al-Islam is in Bani Walid and possibly Gaddafi as well, but there is a 50% doubt about that. There are many Gaddafi loyalists in Bani Walid, more than in Sirte.” – AFP