My time with the Boks is up, says De Villiers 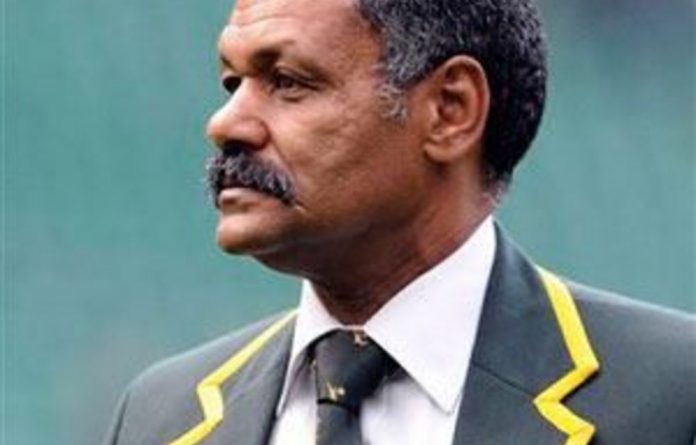 “It was a brilliant journey, something that none of you guys can take away from me,” De Villiers said.

“To work with people like this, people that are passionate about their country, people who always put their bodies on the line and try to bring hope to poor people back home who will never have the privilege that most of you guys have.

“It was really incredible for me to work with them.”

De Villiers, who was appointed in 2008, said he believed the Boks had a bright future, but he would no longer be involved.

“There is a time to come and a time to go and the journey I think for me is over,” he said.

“I enjoyed it. I’m privileged to be in a position where I could make a contribution to my county and I hope it was a positive one.

“South African rugby will move forward and will be much better next year.”

‘The best me I can be’
The first non-white Springbok coach, De Villiers was a controversial figure during his tenure, having made numerous bizarre comments in the media.

He guided the team to a 2-1 series victory over the British and Irish Lions in 2009, and they lifted the Tri-Nations trophy the same year.

The Boks also secured a historic win over New Zealand in Dunedin during his reign, but De Villiers was always going to be judged by the team’s performance at the global showpiece as they went in search of their third World Cup title.

“I wanted to be the best me that I could be,” he said.

“The way I am is the way I want people to remember me.”

Springbok captain John Smit, who lifted the World Cup under Jake White in 2007, gave De Villiers credit for his efforts while in charge.

“As much as the pain flows through the heart right now because of the loss, I think the other thing that was said in the change room by many of the guys is that we have had a really good four years together,” Smit said, “and that has been pioneered by Peter.”

‘Disappointing’
“He’s not the mould of coach that we are used to, but one that we have thoroughly enjoyed over the four years,” Smit added.

He said De Villiers had lifted their spirits with his unique approach to the job.

“His saying, from the day he started, and I suppose when he wakes up tomorrow, was that even the bad days are good, and that is what he has done.

“He has made us enjoy every moment and he has given us lee-way and space and then tightened up when we took advantage of that.

“He’s been a great man and he has helped us enjoy these last four years. It’s disappointing for it to end like this.” — Sapa