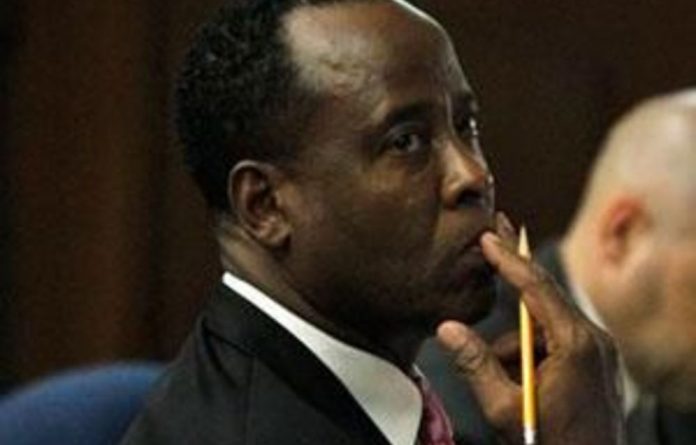 The trial of Michael Jackson’s doctor Conrad Murray enters a third week on Tuesday, with the spotlight on alleged inconsistencies in the exact timeline of the star’s final hours and minutes.

After a three-day weekend including a United States public holiday, the manslaughter trial resumes hearing testimony on a gripping police interview with doctor Conrad Murray two days after the king of pop’s death on June 25 2009.

Last Friday a hushed courtroom heard as Murray recounted his efforts to help Jackson sleep at his plush mansion in Los Angeles, where the star was rehearsing for a planned series of comeback shows in London.

Murray is accused of involuntary manslaughter by giving Jackson an overdose of propofol, a powerful sedative. His lawyers claim Jackson was a desperate addict who administered a fatal dose himself while Murray was out of the room.

But prosecutors will highlight alleged inconsistencies, or at least gray areas, in the doctor’s account — notably from 10:40am until 12:20pm that day — when paramedics were called to find the star apparently already dead.

Questions will also focus on a series of calls to and from Murray’s phone during the missing hour, including one from a female friend who heard noises in the background as the doctor apparently became distracted.

In the police interview played in court Friday — the end of which is expected to be heard on Tuesday — Murray claimed he had begun trying to wean the singer off a drug which he “loved” but that killed him.

Jackson had returned to his Holmby Hills mansion from a rehearsal shortly after midnight, and Murray — who spent most nights there caring for the star — began with 2mg of lorazapam after a valium pill had no effect.

Over the next six or seven hours Murray gave him a series of injections, but by early morning Jackson was still wide awake and getting desperate.

Shortly after 10:00am, and by this time “really complaining that he cannot sleep”, Jackson began asking for his “milk” — propofol, which Jackson had taken on a nightly basis for two months until a few days before his death.

At around 10:40am Murray gave him 25mg of propofol, and the singer finally went to sleep.

“I sat there, watched him for a long enough period that I felt comfortable … Then I needed to go to the bathroom. So I got up, went to the bathroom,” said the doctor.

“I was gone I would say about two minutes … Then I came back to his bedside and was stunned in the sense that he wasn’t breathing.”

After continuing those efforts for an unspecified time, he called Jackson’s personal assistant, who dispatched a security guard to the bedroom to help. That guard, Alberto Alvarez, eventually called 911 at 12:20pm.

Paramedics who arrived six minutes later have testified that Jackson appeared already to have been dead for some time when they arrived.

One clue to the timeline of events may have come from cocktail waitress Sade Anding, who testified last week that Murray called her at 11:51am, but dropped the phone after a few minutes, when she heard “mumbling” and “coughing”.

The prosecution is likely to seek to shed more light on that conversation as it questions further witnesses to try to nail down inconsistencies in the doctor’s account.

The trial in Los Angeles Superior Court is expected to last five weeks, climaxing at the end of October. If the 58-year-old medic is convicted he faces up to four years in jail. — AFP