Skipper McCaw will play through the pain, say All Blacks 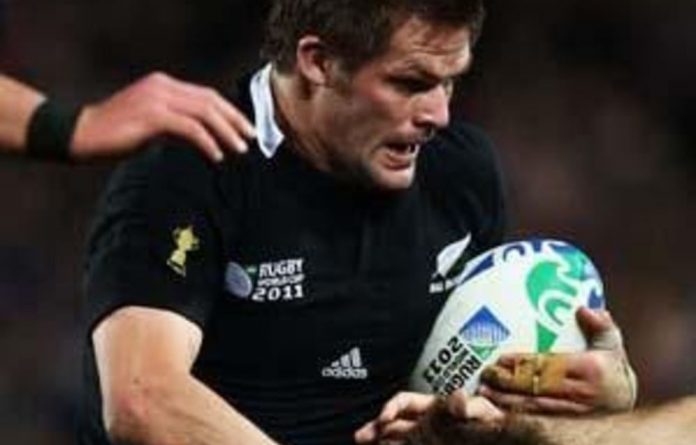 New Zealand has been in a flap over reports the inspirational flanker was not training with his teammates amid fears he would join injured star flyhalf Dan Carter on the sidelines for Sunday’s crunch game.

The appearance of specialist openside flanker Matt Todd at All Black training on Wednesday sparked rumours all was not well with the indispensable McCaw, but Hansen dispelled fears.

“I can guess what the first question is, so I’m going to answer it for you: Richie McCaw’s foot is fine,” Hansen said at the start of Thursday’s press conference.

“Matt Todd is training with us as you all know and have written about. Todd’s part of a wider training group and trained with us in Christchurch, as did other players down there. Matt Todd is in Auckland and it just made common sense to have him here. That’s not to say that Richie’s foot is worse than it was, it doesn’t mean that Richie’s not playing on Sunday, it means that Matt Todd was in Auckland and we wanted him to use him for training as opposition. So, hopefully that puts that away and we talk about the game.”

Light work load
Jitters over the state of McCaw’s health have become a national preoccupation in rugby-obsessed New Zealand this week, as home fans will the All Blacks to win the World Cup for the first time since they lifted the trophy when the country staged the inaugural 1987 edition.

But Hansen said although the 101-cap openside flanker was in pain he would play this weekend.

McCaw had surgery for a stress fracture in his right foot in February and missed the first two months of the Super 15 season. The problem flared again recently with the loose forward on a restricted training workload.

“Richie didn’t train last week on the pitch and he probably won’t train on the pitch until [Saturday’s] captain’s run and he’ll do very little,” Hansen said.

“I don’t think it will [affect his game], he played pretty well last week. It was a tough game last week for loose forwards against Argentina.”

‘Niggles’
Hansen said international players regularly played with injuries and this was no different with McCaw.

“Our loose forwards have got niggles, but I would suggest the other three sides have all had niggles, that’s what tournament rugby is all about,” he said.

“Richie’s obviously reasonably sore in the foot, but he’s still able to play.

“I just don’t see him [McCaw] being ruled out, but, hypothetically, if he was it would be disappointing but we get on with it.” — AFP