Casting off burdens of the past 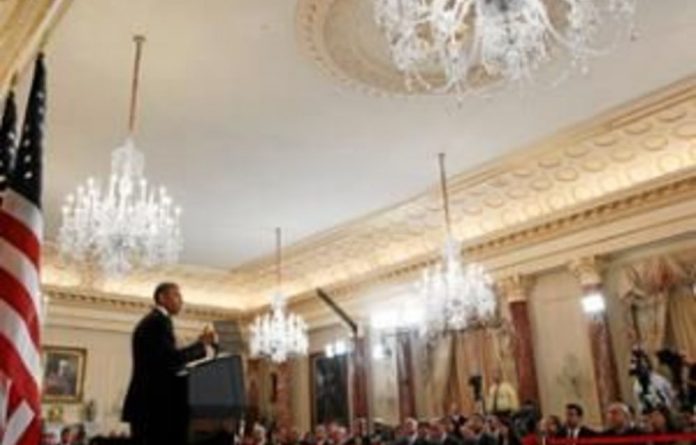 Barack Obama, with customary eloquence, presented his government’s plan to resolve the seemingly timeless conflict between Israel and Palestine, itself haunted by mutual enmity, never it seems to be forgotten, and an exceptionally complicated history.

Whether or not it will succeed is less significant here than the conviction on which Obama’s proposal rested: that it is necessary to “cast off the burdens of the past”. Consciously or not, ingenuously or not, Obama might have been collapsing centuries of mistrust and their intricate traces into that single clause and asking them to be actively dispelled. The idea, as with his election “we will succeed” campaign, is “do it, and it shall be done”.

His time-honoured image was a tacit allusion to the foundation of American democracy, which freed itself from the oppression of the old British order of class and prejudice — one that still continues to exist and seduce, if in attenuated form. There is the example of history on his side, history that is not, it appears, to be forgotten.

Notable, then, in the phrasing is the absence of rejection of the past in its entirety. “Burdens”, with its suggestion of the intolerable weight of what Shelley called in Prometheus Unbound “reasoned wrong, glozed on by ignorance”, and in the case of the US further redolent of the colonial nightmare of slavery and persistent racism, are to be removed since they hinder progress. But what is not a burden — what ought not to make for conflict and impasse — is to be secured, for surely the nations themselves have each their own ancient identity to preserve — their right to be, and this requires mutual acknowledgment.

Although Obama’s emphasis is unequivocally on change and renewal — and his is above all a political initiative — the motive is equally to conserve what is right and good in both parties to dispute and thereby to achieve some form of genuine, and not ephemeral, agreement: the goal, in short, of good leadership. A dispassionate fairness to both sides might be described as Homeric, having ancient European provenance.

The doctrine of change
The balance between innovation and conservation, remembering and forgetting, might be said to represent lasting stability in the field of human affairs. Conservation alone produces stagnation, innovation rootlessness. The latter marks the era of modernity that in its “newness” we would like to call specially our own but that is relative to antiquity at any point in history, as “now” is to “then”. Since today we fetishise novelty for its own sake, whatever seems modern (or ultramodern) soon seems old or obsolete. The constant driving forward, at the mercy of the doctrine of “change” — premised on the idea that nothing good ever lasts and everything “bad” must be immediately got rid of — becomes increasingly obsessive and self-defeating (rootless) as the reliability of what has worked in the past is thoughtlessly abandoned.

Memorably, Max Horkheimer once remarked that, in assuming power, a more enlightened form of governance would compromise itself if overnight it totally discarded the old tainted dispensation that retains a functioning capacity. And in his A Philosophical View of Reform, Shelley claimed that 20 years of negotiation with the oppressor would be preferable to “communicating a sudden shock to the interests of those who are the depositaries and dependants of power” and thus give “the signal of civil war”.

Even in such a negative and opprobrious context, the foundation for change must always be secure, lest the envisaged reform be imperfectly realised or practised, or simply fail to come about as intended. If the social fabric breaks down, and the foundation erodes (as it has sometimes threatened to do in Africa and elsewhere), it might take centuries to recover, or never.

In the field of parenting and education, as Hannah Arendt observed half a century ago, the gradual erosion of authority (effectively the old order) has abandoned children to themselves, without the guidance of informed and useful knowledge. For the ancient Romans, authority lay in the founding civic principles of Rome, to which all present events were referred, in a sense deferentially — that is, with full recognition of the wisdom and grand examples of past experience (indeed of the idea of “founding” a great city). But our time, in attempting without foundation “to establish a world of children — destroys the necessary conditions for vital development and growth”, wrote Arendt in “The Crisis in Education” in 1958.

In this view of things, the past (parents, teachers, adulthood, senior citizens, civic leaders, experience, the wisdom of ages) is the bedrock on which necessary change can take place, necessary because, as Obama intimated, the past is also the domain of endemic error.

In literary studies, the abandoning of the canon is based on a valid concern: that the selecting out of a few renowned authors obscures the contribution of all writers to a literary culture and tends to submit modern composition to a fixed hierarchy of past eminence. But a canon articulates only the imagined hierarchy of writers themselves, who are always bound to the concept of illustrious fame and are only too aware of those who have earlier achieved it, whose words, like Dante’s in Shelley’s reckoning, are each a “spark, a burning atom of inextinguishable thought”.

Why then, in teaching literature, obscure the very source of literary aspiration and emulation? Among the most innovative of revolutionary poets, Shelley never for one moment spurned the achievement of his predecessors, and when it came to authors like Homer, Sophocles, Dante, Shakespeare and Milton, Shelley knew he could only emulate and not outreach them.

This is the humility of a Newton among poets. With a view to expanding “the circumference of the mind”, as he put it, he would actively subvert what he considered to be outmoded, retrogressive or even false in even the very best writing; and this indicates that innovation, however we understand it, is always best underpinned and even subsumed by lasting excellence. We cannot rest content with the past but, if we ignore it (as currently we seem to do), it returns to haunt us.

Alan Weinberg is emeritus professor of English at Unisa, author of Shelley’s Italian Experience (Macmillan), and co-editor with Timothy Webb of The Unfamiliar Shelley (Ashgate).

In the face of the pandemic, human rights are a necessity