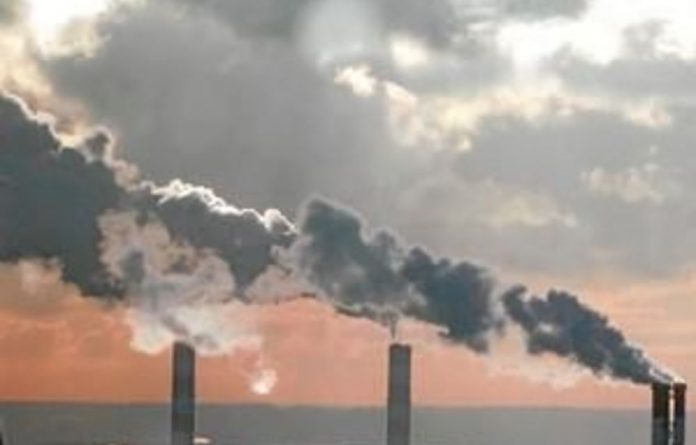 Two months before the United Nations’s big climate indaba, COP17, the hardline stances of different economic blocs and countries are posing a threat to chances of a deal in Durban.

Most analysts agree that a legally binding agreement is highly unlikely, but negotiators are pushing for clarity on a second commitment period for Kyoto and for global agreement on the need to push ahead with the process.

Alf Wills, South Africa’s lead negotiator, carries the strain of almost a decade of attending the annual climate talks, including the disastrous Copenhagen talks two years ago. However, he remains optimistic about progress.

Wills said this week that a likely outcome of the Durban negotiations would be a transitional regime to bridge the period until a new legally binding treaty takes effect. The first Kyoto commitment period expires at the end of next year.

Another option could be to move to the second period, with the European Union taking the brunt of the carbon caps. The Europeans are insisting that the United States would have to make comparable commitments.

But Wills’s colleague, Environment Minister Edna Molewa’s adviser, Xolisa Ngwadla, said that there is a third option — that no deal will be reached at all.

South Africans are worried about the hardening stance of countries such as Russia, Japan and India and are working hard behind the scenes to shift them.

Japan, Canada and Russia — members of the so-called umbrella group — do not want a second Kyoto commitment period and are keen to see the death of the protocol in Durban.

They are pressing for a new legally binding agreement that includes China, India, Brazil, Mexico, South Korea and South Africa, all rising economies of the developing world.

Africa, including South Africa, also wants a second round of Kyoto, but is willing to accommodate a transitional period leading to a new treaty. A key reason for Africa’s stance is that the protocol holds out the promise of financial and technical assistance to help poorer countries adapt to climate change.

“The Japanese are making favourable noises. We keep pointing out to them that the Kyoto Protocol was born in their country and that they can’t forsake it.”

Questioned about how willing Russia was to move, Wills said: “You know the Russian Bear and what a struggle it is to get it moving once it is locked into a position.”

When the Kyoto Protocol was negotiated in the late Nineties, the Russians were loath to come aboard. In a last-ditch attempt to include them they were given leeway to keep pollution at the same levels while receiving billions of dollars in emissions allowances to sell to other countries that needed to meet their Kyoto commitments.

Russia’s current pledge is to reduce its greenhouse gas emissions in 2020 by 25% below 1990 levels. But because of the country’s economic decline since the fall of communism, it is already 34% below 1990 levels — meaning it does not have to lift a finger to be compliant and does not want the additional restrictions that a second commitment period would bring.

‘Wider agreement’
The European Union, the main player in the Kyoto Protocol due to its carbon market, is willing to commit to a second period of Kyoto if there is a “wider agreement” — meaning that the United States must make comparable commitments to those of Europe in Kyoto round two.

Wills said two pathways were emerging ahead of Durban.

“First we have the vulnerable countries, which say that the regime must impose legal obligations on all countries to ensure mitigation of greenhouse gases to levels that will prevent dangerous climate change,” he said.

“They want a comprehensive international adaptation policy to support vulnerable countries. And they want to be provided with financial, technological and capacity-building support.”

The other path is being pursued by certain industrialised countries, including the United States, Japan and Russia, which want an outcome that is not legally binding.

Wills said the United States was “in a tough place”, as its domestic politics prevented it from entering any legally binding agreement.

“[President] Barack Obama tried three times to get climate change legislation through Congress and failed. And we know that China does not want to take on any targets unless the United States does.”

Japan and Russia are also reluctant to move without the United States.

Another reason for backing an agreement in Durban that is not legally binding is that it would improve confidence in and understanding of the implications of the new system, using non-legal incremental steps that could be converted to legal obligations later, Wills said.

Another reason was the need for urgent action that avoided the delays likely to flow from negotiating legal commitments.

The United Nations has noted the obstructive stance of Russia, Canada and Japan over a second period. Speaking this week to Bloomberg, United Nations climate chief Christiana Figueres suggested that the Kyoto Protocol might be extended without the consent of those countries, although excluding them would be extremely controversial.

Critics might question why some countries are able to hold the process to ransom, but Wills argued that the negotiations were not about winners and losers.

“You have to respect all countries’ views; you need a win-win treaty where all the countries are happy. You can’t have anyone thinking they are a loser in a climate deal. It simply won’t work.”

The baggage different countries will bring to Durban
Japan and Canada:
These countries insist that their beautiful designer valises can hold no further carbon-reduction ­commitments and that the major developing countries must carry some of the load.

Russia:
Loaded with carbon credits, the Russians want to ensure that they remain tightly locked in their suitcase. Critics point out that they would be happy to miss the Durban rendezvous — after all, climate change is opening up the frozen wastes of Siberia to economic exploitation.

United States:
While the Obama administration appears willing to pack more carbon targets in its bags, the Republicans in Congress scrutinise every item coming through customs. With an election year coming up, the US government knows that it cannot afford to make promises that will be flatly rejected by Congress later.

India and China:
India has hardened its stance in the past year, saying that it will not shoulder heavier burdens unless the US does the same. Both China and India are pushing for the developed world, including the European Union, Japan and Canada, to sign up for another round of the Kyoto Protocol.

European Union:
The EU says it has some space in its luggage for a second Kyoto commitment period, but cannot carry the load on its own.

The union wants the US to accept some new carbon targets, knowing that its citizens will ­protest loudly if it comes back weighed down with new obligations while the Americans swan through customs almost empty-handed.

Small island states:
These low-lying maritime nations, known collectively as the Alliance of Small Island States, complain loudly that they will have no baggage left when the rising tide sweeps away their possessions. Their sole agenda is to survive climate change.

Africa and the least developed countries:
Africa is not a major contributor to the world’s growing carbon load, yet it will be most heavily crushed by it. Africa wants developed countries to help it adapt to climate change with the appropriate finance. There are also issues of trust: How much baggage is the developed world really carrying?

South Africa:
COP17 in Durban will take a hard look at South Africa’s baggage, especially the sacks of coal the country keeps trying to sneak past customs. South Africa is eager to side with the African position, although countries such as Russia and Canada insist that it should be subjected to special scrutiny, with Brazil, India and China, the “Basic” countries.