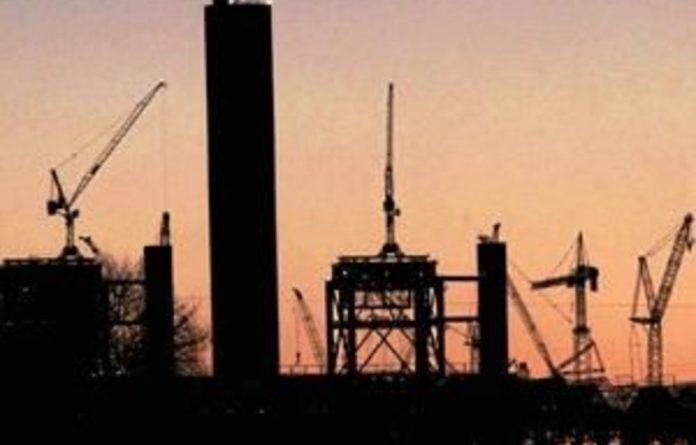 While Eskom nestles on a R50-billion pile of money, everyone from manufacturers to mines, small businesses and township residents are reeling as rising electricity prices hit home.

The utility gave notice that the construction schedule of its massive Medupi power station is “at risk” as South Africa heads into 2012, the year in which Eskom forecast a nine- terawatt-hour energy gap, roughly the equivalent of 1 000 megawatts (MW) of base-load capacity.

Eskom has R37.8-billion invested in securities such as South African government bonds and treasury bills, whereas a further R12-billion is held in cash and cash equivalents. The funds are earmarked for its mega-expansion programme dominated by the construction of the massive Medupi and Kusile power plants, due to supply 4 764MW and 4 800MW, respectively.

Eskom chief executive Brian Dames told the Mail & Guardian that its cash pile came from debt-raising and not from tariff increases.

On Tuesday he voiced concerns in Parliament that the Medupi construction schedule was at risk, chiefly because of delays in the boiler contract — specifically boiler unit six, the first unit of Medupi scheduled to go online next year.

Dames said a delay was not a certainty because Eskom had received assurances from Hitachi Power Africa and its parent company in Japan that construction could be brought back on track.

He said the problems had “nothing to do with Chancellor House”; instead they related to Hitachi Power Africa’s relationship with some of the country’s large construction firms, which it contracts.

But the announcement will not surprise industry experts who have long suspected that Medupi, originally scheduled to be commissioned in June 2011, could be delayed.

But the concession that construction may be delayed has renewed criticism regarding Eskom’s decision to opt for expensive mega-power plants rather than smaller “off-the-shelf” technology options.

As the spectre of delay has loomed, so have questions regarding the cost of the completion of both Medupi and Kusile and how Eskom intends paying for it.

When the construction was first announced, Medupi’s price tag was widely reported as being about R70-billion and Kusile’s R80-billion. The cost, including other items such as interest during construction, puts it closer to R125-billion and R142-billion, respectively. Speculation in the industry is that Medupi could, in fact, cost closer to R160-billion.

According to Eskom’s annual report this year, the overnight costs for Medupi, excluding interest, are R98.9-billion and R121-billion for Kusile.

Dames said this was the first he had heard of the speculated figure of R160-billion. He nevertheless declined to give a figure for the cost of Medupi or Kusile, including interest during construction and items such as contractor claims.

The utility was, however, watching these numbers very closely, he said, and did a quarterly analysis of the cost-to-completion figures.

He said Eskom had ensured that any delays on the contracts had to be borne by the contractors themselves and that Eskom still needed to do a detailed assessment of the Medupi schedule to understand any possible impacts.

‘Significant benefits’
Last week Reuters reported that Mozambique had granted approval to Indian-based company Jindal Power & Steel to build a 2 640MW coal-fired station at a cost of $3-billion. This amounts to roughly half the cost per megawatt of the likes of Medupi, excluding interest during construction.

“We needed to build capacity to meet the growth needs of the country,” said Dames. At the time the go-ahead was given for Medupi and Kusile, this constituted 9 000MW of new capacity, he explained.

The decision to forego many smaller plants had “significant benefits”, said Dames. Fewer mines were needed to secure coal for more power stations and the question of the environmental impacts and water supply for a larger number of smaller stations was avoided.

In addition, the large stations, which are designed to last between 40 and 50 years instead of 20 to 30, allowed for flexibility when it came to decommissioning power stations in the future.

“The question is what will you replace these smaller stations [with] 20 years from now?” he said. “We need to stagger the decommissioning of our power stations over their lifetime.”

The economic cost of the ­soaring power prices is finally beginning to be felt with the annual tariff increases of 25% for the three years between 2010/2011 and 2012/2013, and Eskom’s largest customers are warning that its tariff path is becoming unsustainable.

Many companies have done as much as they could to improve energy efficiency, such as running in off-peak times. But compounded by tough economic times, the rising electricity costs were the “straw that breaks the camels’ back”.

Price hike
Jennings pointed out that municipalities, from which many businesses bought their power, had also hiked electricity prices.

The PG Group, of which Jennings is chief executive, had seen a 140% increase in its electricity bill in the past four years.

The Energy Intensive Users’ Group said in August that electricity prices threatened to become “overcooked” as the next round of tariff increases loomed.

Eskom, meanwhile, has significantly improved its financial ­position following a rise in revenue to R91-billion on the back of tariff increases. Profit has hit R8.3-billion. The power utility has R37.8-billion invested in securities and a further R12-billion in cash, much of it gleaned from extensive borrowing and intended to pay for Eskom’s capital expansion programme.

But Eskom is spending on its expansion programme relatively slowly. According to a presentation given to Parliament this week, it has managed to spend only 42% of the R98.9-billion needed to complete construction of Medupi, and 20.6% of the spend needed to complete Kusile.

But Dames argued that the money kept in securities did not come from customers but the debt markets.

The decision to borrow so much and so quickly was designed to “pre-fund” the construction programme. Given the turmoil seen in global ­markets Eskom made the right decision, he said.

“We wanted to ensure we have ­sufficient cash in hand to ensure that capital expenditure is done in a ­prudent manner, with no uncertainty and to avoid any delays,” Dames told the M&G.

Eskom was cognisant of the worries raised regarding the tariff prices.

“But we have the second cheapest industrial electricity prices in the world,” argued Dames.

“Companies have benefited from cheap electricity prices for more than two decades. When companies complain [about competitiveness] we have to ask what they are doing,” he said.

Dames pointed out that Eskom’s average charge for electricity was 40c per kilowatt. Municipalities are among its largest customers. “A lot of manufacturers are sitting at municipal level.”

Thembani Bukula, the member of the National Energy Regulator (Nersa) primarily responsible for electricity, told the M&G that the Energy Intensive Users’ Group had approached Nersa with a position paper on the price path issue.

“We are reaching the stage where energy users are feeling the pinch and this may require us to look again at the differential between the Eskom and municipal tariffs,” he said.

It was an open secret that municipalities were using electricity to cross-subsidise other services, he said, but Nersa had focused on getting municipalities to improve efficiencies in their operations, such as reducing operating costs, when it made recommendations on tariff increases.

Despite Eskom chief executive Brian Dames saying a delay in the commissioning of Medupi’s first unit was not necessarily a certainty, the Mail & Guardian has learnt that Medupi could be delayed by a possible six months. This puts its commissioning closer to May 2013, in line with the provisions of the integrated resource plan.

Hitachi indicated in a statement that it had been grappling with difficulties over the last year.

“Numerous issues and instances, often complex, which are not all attributable to Hitachi, have given cause to the delay that is being experienced in the delivery of the first boiler,” it said this week.

“Hitachi, together with its subcontractors and partners, has grappled with these issues over the past year and has implemented numerous interventions to deliver the first unit at the earliest possible date.”

One of these subcontractors is construction giant Murray & Roberts, but the company referred all queries to Hitachi.

At the beginning of this year Murray & Roberts alleged that delayed payments from Eskom for the Medupi project contributed to its poor interim financial results, something Eskom roundly denied.

Hitachi said it had given Eskom its commitment and assurance that all necessary interventions were being done to bring the boilers online within agreed time frames.

Dames pinpointed the problems in the design and construction of the steel framework, which surrounds the boiler unit and supports auxiliary equipment for the boiler, such as pipes.