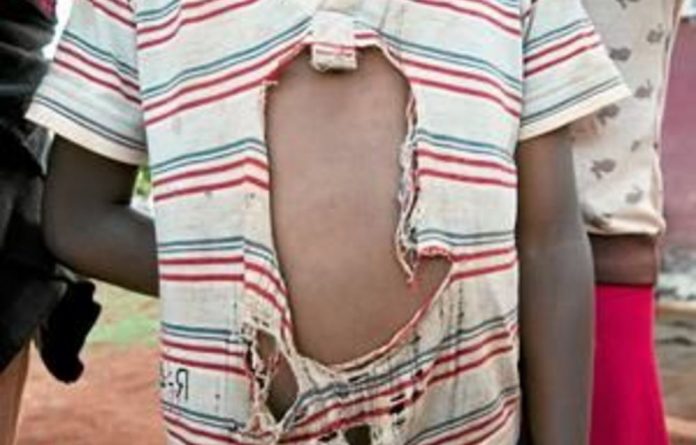 A spike in reported sexual offences committed by children in Limpopo’s Thulamela local municipality has thrown into relief the glaring lack of “diversion” programmes for under-age offenders in the area.

The 11 reported cases of minors sexually abusing other minors in August represents the highest recorded monthly figure in the municipality, according to statistics of the Thohoyandou Victim Empowerment Programme (TVEP), which has run trauma centres in the municipal district since 2001.

Fifteen cases were recorded between mid-August and mid-September this year, while the monthly average of reported child sex cases in 2010 was 3.3.

In one case the perpetrator — an 11-year-old boy — used a cellphone to film himself raping his 14-month-old niece.

Officials at the centre are reluctant to pinpoint a single driving force behind the surge, but point out that one factor could be two pornographic “home videos” that were widely circulated in the Thohoyandou area.

The Mail & Guardian has reported on one of the videos, filmed on July 22, which depicted the gruesome hammer assault on a bound and stripped 15-year-old girl in Tshilapfene, outside Thohoyandou. The other, showing the Johannesburg sexual hijinks of two uniformed officials, one a policeman, the other a prison warder, made controversial front-page news in the Sowetan on August 15 after going viral.

“Those videos became the biggest hits in this community and they quickly penetrated the folklore,” said Avitus Agbor, an access to justice manager at the empowerment programme.

But Agbor said that many factors might be influential, including “irresponsible parenting and the uncamouflaged spirit of indiscipline in which the kids — pick up the habits of their parents”.

Funding
The Thulamela Local Municipality comprises the vast sprawl of Thohoyandou and its surrounding settlements of Sibasa and Malamulele. According to Statistics South Africa it has a population of 603 000 living in about 138 000 households and falls under the Vhembe District Municipality.

According to Fiona Nicholson, the director of the Thohoyandou victim empowerment programme, the centre was given R30 000 in 2005 by the department of health and social development in Limpopo for the implementation of a diversion programme for juvenile offenders.

The centre needed more funding to research best practice, which was supplied by the Open Society Foundation. A model was developed with the assistance of the Teddy Bear Clinic, a centre for abused children, but no further funding was available to implement the programme.

Besides the Vhembe civil society network, which runs two under-resourced trauma centres which offer no youth diversion programmes, Nicro, a crime-prevention organisation, has the best footprint in the province.

However, according to an employee in Nicro’s recently established Thohoyandou branch, the organisation in the area is only a few months old and staff are not yet adequately trained to deal with underage sex offenders.

“To my knowledge there was nothing then and there is nothing now,” said Shaheda Omar, therapeutic manager of the Teddy Bear Clinic. “There seems to be no planning and no vision [on the part of government departments] to set up these structures.”

Omar said that research in Thohoyandou highlighted that among the factors contributing to child sex offences was children witnessing sexual activity among ­neighbours, peers or elders in the open and, as a result of overcrowding, of sexual acts being performed by their parents.

Domestic violence and the prevalence of female-headed households were also contributing factors, she said.

Jenna Praschma, another TVEP official, said police were usually reluctant to press charges against minors. “Some are uncertain as to the age of criminal responsibility, which is assumed at 14 but a rebuttable presumption exists from age 10. There also seems to be a feeling that where they do press charges, the social workers merely recommend the child return home. The few cases that do proceed to court experience lengthy delays. This may be a result of overburdened case loads, or concerns over adequate juvenile detention facilities and diversion programmes, but for all the legislation and policies in place, the system is not working in practice.”

Many cases were not reported promptly to the police, which compromised effective investigation. In other cases, medical reports were not properly completed.

In a number of cases tracked by the programme, decisions about whether to prosecute are listed as pending.

Asked to comment, National Prosecuting Authority spokesperson Mthunzi Mhaga said: “The cases listed were checked from our registers and it was found that only one case docket was received, on October 10 2011, and instructions have already been issued to the investigating officer to conduct some outstanding investigations.

“Therefore, a decision whether to prosecute/decline/divert can be taken only once all outstanding investigations have been completed. All cases where minors are victims, including those where minors are suspected of committing an offence, are prioritised and their cases are monitored until they are finalised.”

The provincial department of health and social development did not respond to questions sent by the Mail & Guardian.