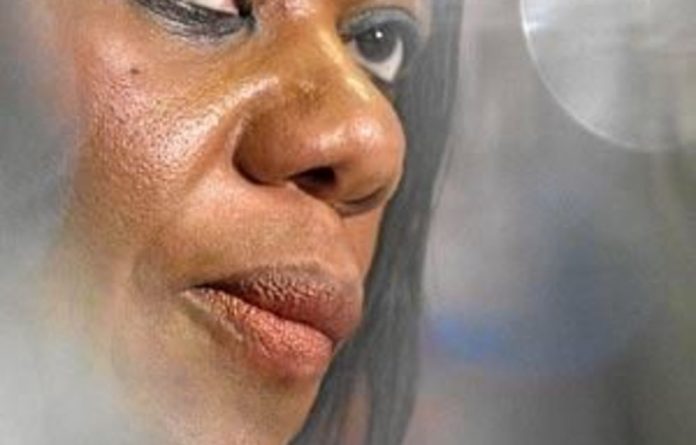 Public Protector Thuli Madonsela has warned that cooperative governance and traditional affairs officials who assisted her investigation into minister Sicelo Shiceka should be be protected from “retaliatory action”.

She was speaking at the release of the final report into allegations against the embattled minister for the misappropriation of public funds.

The public protector found in her report that Shiceka has acted unlawfully, was dishonest with public money and had contravened Cabinet’s executive ethics code as well as the Constitution.

The investigation was conducted after allegations surfaced early this year that Shiceka abused public funds, notably by visiting a former girlfriend in jail in Switzerland during December 2008 and staying at various luxury hotels at taxpayers’ expense, including while he was on official sick leave. Shiceka has been on sick leave since February.

Madonsela handed the report over to the co-chairs of Parliament’s joint committee on ethics and members’ interest, Buoang Mashile and Ben Turok, on Friday morning.

Public power
“The overriding consideration in this and other investigations is that public power should be exercised within the confines of the authority that grants that power, and in the public interest,” said Madonsela at press briefing on the report.

In her recommendations Madonsela said that the director-general of the cooperative governance ministry, Elroy Africa, in consultation with the department of public service and administration, should take steps to “ensure that no retaliatory action is taken against any of the officials of the department and ministry of cooperative governance and traditional affairs that cooperated with the public protector in the investigation”.

This, said Madonsela, was because some staff expressed concern that they would suffer an “occupational detriment” and they were entitled to protection under the provision of the Protected Disclosures Act intended to protect whistle-blowers.

“In the responses from the department there are questions about how I dealt with witnesses, and that their rights were not read to them — all misrepresentations made by the department on behalf of the witnesses, which in my view should not have happened,” she said.

Madonsela found that Shiceka’s visit to Switzerland was undertaken under false pretences and that he deliberately and inadvertently misled the president when explaining the purpose of his visit there.

Ethics, constitutional breach
She also found his stay at the exclusive One & Only hotel in Cape Town, after official residences had been allocated to him, was in breach of the executive ethics code and the Constitution.

Shiceka was also found to have violated the code in paying for the travel costs of one Mrs Mntambo, the wife of Shiceka’s professed “father figure” who also stayed with him at the One & Only.

Shiceka’s insistence that the department pay for his stay at the Lesotho Sun during March this year while he was on sick leave, was also deemed to violate the code and the Constitution, and amounted to “dishonesty in respect of public money and were improper”.

The report recommended that President Jacob Zuma consider “serious action” against Shiceka. In addition the DG of the department is advised to take steps get Shiceka to repay the expenditure for the trip to Switzerland; his accommodation at the One and Only after taking occupation of his official residence; and the travelling expenses for Mrs Mntambo.

The presidency has 60 days within which to inform the public protector of the remedial action taken by the president.

Mac Maharaj, spokesperson for the presidency, would only say that the president would make a pronouncement on the matter “when he is ready”.

Shiceka’s spokesperson, Botshelo Rakate, could not immediately comment on the report, but said that the minister would be releasing a statement shortly.