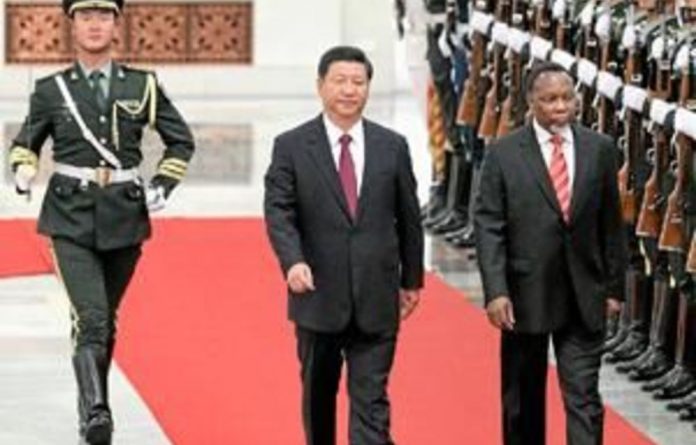 The imbroglio caused by the Dalai Lama’s visa application has added another blemish to South Africa’s foreign policy, underscoring the heavy price the country is paying for its relationship with China. What we have witnessed in the past week is signs of the regressive evolution of South Africa’s foreign policy, the loss of its independence and the crumbling pillars of the country’s commitment to progressive values under President Jacob Zuma.

Three years ago, before Zuma ascended to power, it was unthinkable that South Africa’s foreign policy would ever be dictated by another country, or that the government would easily sell its soul in exchange for maintaining a commercial relationship with a country that suffers from democratic deficiencies and low human-rights standards.

When South Africa lobbied to be allowed into the Bric (Brazil, Russia, India and China) club, it was a sign that its foreign policy was undergoing a prolonged crisis of confidence. Opportunistically, China took up South Africa’s cause and ensured the country’s acceptance into this elite club of economically influential emerging economies. It is partly this debt that South Africa is repaying today — at the cost of its values.

As we now know, in the same week that the Dalai Lama cancelled his trip to South Africa, the leadership of the ANC went on a pilgrimage to Beijing to genuflect before the Chinese Communist Party and take a few lessons. South Africa’s political elite and bureaucrats have an excessive fear of China, bordering on the irrational, and regard themselves as minions of the mighty Chinese.

Other developing countries that possess a more confident and ­independent foreign policy have stood up to China when they held a different view on a foreign policy or trade issue. In the past year Brazil has confronted China for manipulating its currency, a strategy it uses to bolster artificially its exports of manufactured goods to the detriment of those from other middle-income countries. More recently, Brazil has taken a hard line in its trade relations and slapped import tariffs on Chinese steel to protect its own domestic steel sector. Unlike the South African government, Brazil understands its strategic interests and chooses to protect its industries and workers instead of maintaining a relationship with China at all costs.

An obsequious foreign policy towards China will not necessarily help South Africa to power its economy and create jobs. More menacingly, such a relationship could corrode the values on which the new South Africa is founded. In a sense, the ugly developments around the Dalai Lama offer us a way to assess our foreign policy and the strength of our values as a nation.

The Tibetan spiritual leader posed no threat to South Africa. And South Africa had no reason to fear China over the visa issue. It is China that has a deep yearning for credibility — it wants to show the rest of the world that there is nothing to be feared in its so-called peaceful rise. China has “soft power” in the form of attractive values and ideas that others can easily embrace, but it undermines that if it asserts its interests by intimidation.

China’s image has been sternly tested in the visa debacle — and it came out badly disfigured. It will have to be careful not to overplay its hand in terms of South Africa’s foreign policy, because it would risk provoking anti-Chinese sentiment.

China should also be aware that the ANC elite running South Africa today may not be here tomorrow. Most of them are ageing and nearing the end of their political careers. For China to cultivate a more benign image it would need to comport itself in non-threatening ways and be more sensitive to other countries’ values, especially the commitment to freedom, even if it does not share such values.

China will have to deal with these issues internally as it navigates its peaceful rise. For us, it is shameful that the South African government sells our values so cheaply.