The burden of memory 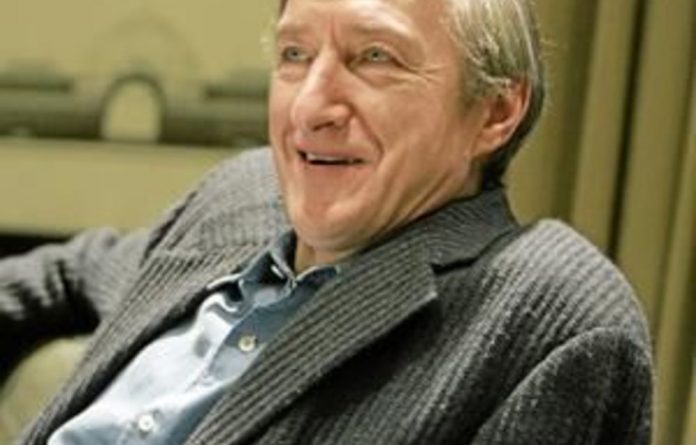 In his family memoir-cum-meditation on mortality, ­Nothing to Be Frightened Of, Julian Barnes admits that he and his brother disagree about many details of their childhood. His brother, a ­philosopher, maintains that ­memories are so often false that they ­cannot be trusted without ­independent verification. “I am more trusting, or self-deluding,” writes Barnes, “so shall continue as if all my memories are true.”

The narrator of his Booker candidate, The Sense of an Ending (­Jonathan Cape), has always made that same reasonable assumption, but the act of revisiting his past in later life challenges his core beliefs about causation, responsibility and the chain of events that make up his sense of self. This concise yet open-ended book accepts the novelistic challenge of an aside in Nothing to Be Frightened Of: “We talk about our memories, but should perhaps talk more about our forgettings, even if that is a more difficult — or logically impossible — feat.”

Like so many of Barnes’s narrators, Tony Webster is resigned to his ordinariness, even satisfied with it, in a bloody-minded way. In one light his life has been a success: a career followed by comfortable retirement, an amiable marriage followed by an amicable divorce, a child seen safely into her own domestic security. On harsher inspection: “I had wanted life not to bother me too much, and succeeded — and how pitiful that was.”

Barnes is brutally incisive on the diminishments of age: now that the sense of his own ending is coming into focus, Tony apprehends that “the purpose of life is to reconcile us to its eventual loss”, that he has already experienced the first death — that of the possibility of change.

But like all of us he has carried his youth inside him into adulthood, fixed in vivid memory. Looming largest in his personal mythology is his brilliant, tragic schoolfriend, Adrian. A solicitor’s letter informs him that, 40 years on, he has been left ­Adrian’s diary in a will and it sets Tony to examining what he thinks his life has been.

Portrait of awkwardness and repression
The novella divides into two parts, the first being Tony’s memoir of “book-hungry, sex-hungry” sixth form days and the painful failure of his first relationship at university with the spiky, enigmatic Veronica. It is a lightly sketched portrait of awkwardness and repression at a time when it was the 1960s, “but only for some people, only in certain parts of the country”.

In one of the book’s many slow-rumbling ironies, the second section undermines the veracity of these expertly drawn memories as Tony reopens his relationship with Veronica, a woman he had previously edited out of his life story.

It was a “slightly odd thing”, he ­cautiously admits, to pretend to his ­ex-wife when they first met that Veronica had never existed (and then later give such a one-sided account of her that she is known in their ­marriage as “The Fruitcake”).

Barnes builds a powerful atmosphere of shame and silence around the past as Tony tries to track down the elusive diary, which promises, as missing diaries tend to do, some revelation or closure.

In a book obsessed with evidence and documentation — verification for unreliable, subjective memory — the most powerful depth charge turns out to be something forgotten yet irrefutable that Tony has kept from himself for 40 years. With it Barnes puts the rest of the narrative, and his unreliable yet sincere narrator, tantalisingly into doubt.

The limits of self-knowledge
There is the atmosphere of a Roald Dahl short story to Tony’s quest; the sense that, with enigmatic emails and mysterious meetings in the Oxford Street John Lewis brasserie, he is somehow being played or manipulated by others. “You don’t get it. You never did,” Veronica tells him repeatedly.

A secret permeates the text, heavily withheld. But this schematic element pales beside the emotional force of Tony’s fresh evaluation of the past, his rush of new memories in response to fresh perspectives and the unsettling sense of the limits of self-knowledge. As ever, Barnes excels at colouring everyday reality with his narrator’s unique subjectivity without sacrificing any of its vivid precision.

With its patterns and repetitions, scrutinising its own workings from every possible angle, the novella becomes a highly wrought meditation on ageing, memory and regret. But it gives as much resonance to what is unknown and unspoken — lost to memory — as it does to the engine of its own plot. Fiction, Barnes writes in Nothing to Be Frightened Of, “wants to tell all stories, in all their contrariness, contradiction and irresolvability”.

The Sense of an Ending honours that impossible desire in a way that is novel, fertile and memorable.

Finding peace after the terror of war