Walmart: The cheap, the imported and the truth 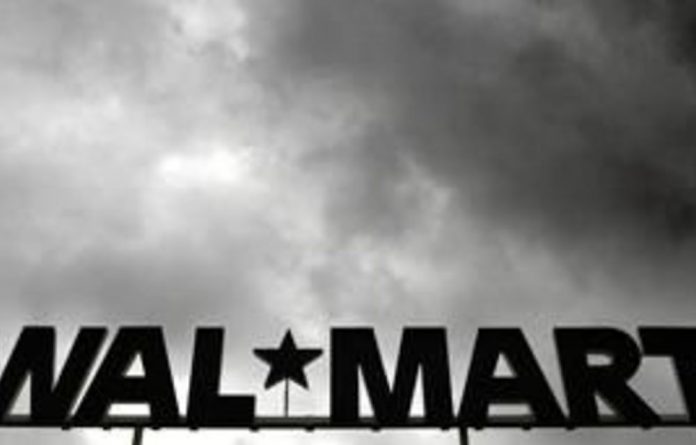 More shots were fired this week in the war over the supermarket trolley, with the government, unions, economists and analysts all weighing in, but there was little agreement about who should own the trolley and how its contents should be sourced.

Union federation Cosatu said that Walmart’s unmatched global buying power and ability to source cheap goods posed “an unprecedented risk to local industries”. It said all retailers should be required to source 75% of its stocks locally.

Massmart-Walmart said it anticipates spending an additional R60-billion on food and fast moving consumer goods (FMCG) procurement over the next 5 years, most of which will be produced locally and therefore of benefit to local food and FMCG manufacturers.

Stephen Gelb, professor of economics at the University of Johannesburg, said the same retailers that were complaining about Walmart had been importing goods from China for years. “It’s entirely the same scenario as far as I can see. The problem is simply that locals don’t want more competition, especially not from a bigger, badder foreign company.”

A comprehensive strategic partnership agreement between South Africa and China was formed last year and agreements were made pertaining to a variety of sectors.

Political analyst Moeletsi Mbeki said, after South Africa joined the World Trade Organisation in 1995, industries were subjected to competition before they were ready to fend for themselves against cheap imported goods. He said one consequence was the footwear industry collapsing almost completely.

Data from the South African Footwear and Leather Industries Association indicated that, in 1985, 78% of footwear sold in the local market was made in South Africa. By 2005 only 17% was made locally and 83% was imported.

The scapegoat
The idea was to make consumer goods cheaper for South Africans, said Mbeki. “But what is the point of having affordable shoes if you are unemployed? I don’t think one can turn around and say it is Walmart’s fault — those industries were dead already. Unions and the government are looking for a scapegoat,” he said.

Neil Rankin, co-ordinator at the African Microeconomic Research Umbrella, said that despite years of trade with China and other countries resulting in job losses, the outcry over Walmart was because the people affected belonged to important political constituencies.

But Davies told the Mail & Guardian that the competition authorities acknowledged there would be an increase in imports with the Massmart-Walmart merger.

The main concern was that retailers who sourced some products locally would be forced to go outside South Africa to compete with Walmart prices, he said.

“Consumption sectors have been growing twice as fast as production sectors. We have got to stack the deck in favour of local producers.”

South African tyre-makers recently lost an anti-dumping case against the flood of cheap Chinese imports, the M&G reported last week. The cost of passenger tyre imports from China to South Africa had increased to an average of R214 each, compared with R588 a tyre from Europe. South African-made tyres are usually priced at about the same level as European tyres.

Manufacturers complained that the government did not appear to be interested in protecting South African industries against Chinese imports because of the cosy relationship between President Jacob Zuma’s administration and the Chinese.

Davies said exports had also grown faster than imports, although exports were largely primary goods such as metals and minerals, whereas imports were value-added products such as clothing and appliances.

He said the department now hoped to correct the imbalance: 10 value-added products had been identified and China was asked to send its buyers to an exhibition of these goods.

Value-added goods
Christopher Gilmour, an analyst at Absa Investments, said 97% to 98% of produce sold at retailers like Shoprite and Pick n Pay were sourced locally. But when it came to value-added goods such as clothing, appliances and computers, South African industry could not compete.

“The government has this idea that value-added [goods] is a good idea, which is fine as long as you can compete,” he said. “It is about comparative advantage; you have to produce what you’re good at.”

Gelb said the emergence of Walmart in South Africa would intensify competitive conditions. “The basic problem is that our cost of production is higher than those [countries] we are importing from and it’s up to us to keep our costs down.” The costs involved are not just wages, but also high overheads and profit margins.

Gelb said the big question was: “How do you weigh up the competing but not easily comparable costs and benefits — jobs lost in the past and those that may be lost in future — versus consumer benefits, but with less of a benefit per individual.”

“The thinking was that the competitive environment would encourage a more competitive nature, but a lot of these guys just put their hands up and went under.”

Peter Draper, adjunct professor at Wits Business School, said the debate about trade with China was occurring in resource-dependent countries such as Brazil and Russia as well because none of them could compete with the manufacturing powerhouse.

“The resistance against Walmart is from those who are developing trade policy and are protectionist in their views,” Draper said, adding that this did not make sense for a country with a poor population that had little buying power, such as South Africa.

He said the government should not aim to drive the development of an entire sector but should rather look at niches in which South Africa could compete.