Walter Sisulu University can be saved 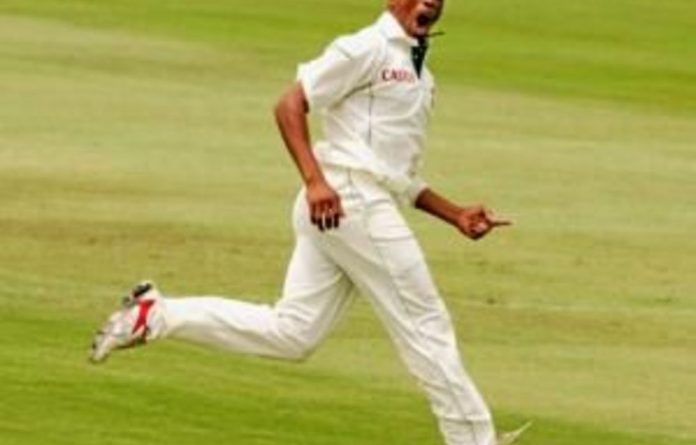 In many respects the report by the independent assessor on Walter Sisulu University ­reiterates points that we, as the council, had already raised and that the council on higher education’s institutional audit in April this year made as well (“Mega-­varsity hits the wall”, Mail & Guardian, October 7).

As the council we took a resolution to establish the Walter Sisulu University Foundation with the aim of raising third-stream income — that is, income in addition to the two streams of student fees and government subsidies. By last year the foundation was fully functional, but it took us two years to achieve because complex trust laws required us to trace all former members of the foundations of the three institutions that merged in 2005 to form the university — the so-called “legacy institutions” — and have them sign an agreement that a new entity would be established.

The foundation is now fully operational and has embarked on an ambitious process of mobilising resources. The university chancellor has also established a scheme to complement fundraising efforts undertaken by the university. But both these moves, it would seem from the assessor’s report, have come too late for our resource-starved university.

As far back as 2007, the ­council imposed austerity measures and also assisted management in ­formulating and implementing a financial ­turnaround strategy. But the ­historical, systemic and structural challenges of a merger that ­combined three severely disadvantaged institutions, each with its own history of instability, could do little to change the situation. This was compounded by the poor recovery of student debt, the general culture of poor payment of fees and the ­reality of servicing one of the poorest regions in the country, as reflected in its demographic features.

No ‘elbow-room’ to move
It became clear to us that both the restructuring and the reorganisation of the institution were capital-intensive projects and that there was no “elbow room” to move for a cash-starved institution because it was struggling to meet even its most basic services targets.

This is the common story of ­historically disadvantaged institutions. The severity of these problems simply differs in degree from one institution to another and they take turns to visit “institutional ICU” in the form of administrators or departmental bailouts.

Such interventions are synonymous with being a historically ­disadvantaged institution, which raises the question of whether this vicious circle will ever be broken. It is worth recalling that Sibusiso Bengu, the first post-apartheid education minister, ­proposed historical redress funding for these institutions. But he was defeated by a strong lobby against his efforts, as he later admitted.

One of the university’s legacy institutions, the former University of the Transkei, had three administrators, all of whom failed to turn the situation around. The same institution also experienced the dissolution of councils that were served by such prominent persons as Blade Nzimande, Brigalia Bam, Fatima Meer, Dumisa Ntsebeza and Zam Titus. We are now dealing with three times the problems they faced, with fewer resources and an institutional culture that has worsened.

In South Africa’s university merger history, Walter Sisulu University has a uniquely painful history. It is the only three-way merger spread over so wide an area that also tried to ­integrate three poorly resourced institutions — a university and two technikons. The distances between the main campuses are telling: Mthatha to the East London Potsdam campus is about 240km, from East London to Queenstown about 230km, and from Queenstown to Mthatha is about the same distance.

Region is in progressive decline
The region serviced by the university, particularly the Transkei, has been in progressive decline for many years. Homeland industries collapsed, irrigation schemes and agricultural projects such as Magwa Tea declined to a point of dysfunctionality, the former homeland’s administrative capital moved, the bus service discontinued, the radio station was shut down, the airport downgraded and all teacher-training colleges closed. This decline has neither been reversed in any significant manner nor has there been any major development project that would be a catalyst for development in the region.

To add to the decline, several agricultural colleges closed and the 1987 miners’ strike and subsequent massive retrenchments affected this region more than any other. There has also been a huge exodus of the middle and business class to other cities in the country. Basic education is doing no better: it is on a “life-support system” now, with the Eastern Cape department under administration of the national government.

So the home of Mandela, Tambo, the Sisulus, Chris Hani, Thabo and Govan Mbeki, Alfred Nzo, Sobukwe and Biko has, ironically, experienced some of its most extreme difficulties during the democratic moment.

Simply put, the Walter Sisulu University council did everything humanly possible to save the institution and make it viable under the most difficult of circumstances, but we could not squeeze water from a stone. It is our hope and prayer that the intervention we have called for from the national higher education and training department will not be a medicine that turns out to be worse than the sickness it seeks to cure.

We will support any intervention that is meant to make the institution viable and strong, because it has great potential and a compelling vision and mission. It is at an advanced stage of establishing a faculty of agriculture and rural development, in an area that is 90% rural. The legacy institutions of the university produced a number of towering figures in our society and the merged institutions continue to excel in areas such as medicine and health sciences. This year Walter Sisulu University became the first South African university to graduate clinical associates. It is also the only university in the Eastern Cape province with a medical school.

In the legal field the institution can boast people such as Constitutional Court judges Chris Jafta and the late Tholakele Madala, Ntsebeza, as already mentioned, acting judge Russell Madlanga, the president of the Black Lawyers Association, Andiswa Ndoni, and many other judges. We are also proud that we produced the country’s first female black chartered accountant, Nonkululeko Gobodo, as well as her colleague Sindy Nkonki-Zilwa. Also on the list are prominent business people such as Gloria Serobe and the chief executive of African Bank, Thami Sokutu. Our prominent sports personalities include Makhaya Ntini in cricket and the Ndungane twins in our rugby teams.

The council, one of the most dedicated teams with which I have ever worked, is made up of prominent people in society who have done their best under the most trying circumstances. They include the provincial president of Cosatu, top managers of international companies and the former chair and deputy chair of one of the legacy institutions’ councils, Dr Z Dabula, who was selected by the defence department to head the team that is looking after Madiba’s health. They also include a municipal ­manager of Buffalo City Metro, three top legal minds and many others who came with their own expertise and experience.

Given all this history, the failure of this institution is simply not an option. I would be happy even if this unfortunate and tragic experience of the university could be used as a trigger to start an honest public discourse on the challenges facing our higher education system, with the aim of crafting a bold vision that will unleash the great potential that each one of our higher education institutions possesses.

Dr Somadoda Fikeni is chairman of Walter Sisulu University’s council and one of three convenors of the forum of chairpersons of university councils. He was chief operations officer at the National Heritage Council from 2004 to 2008 and is now deputy chair of the Eastern Cape Development Corporation and an honorary professor at the University of South Africa.